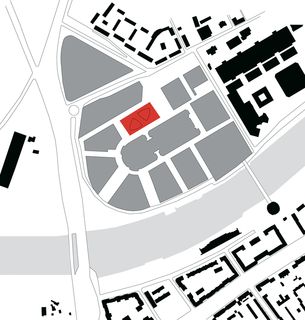 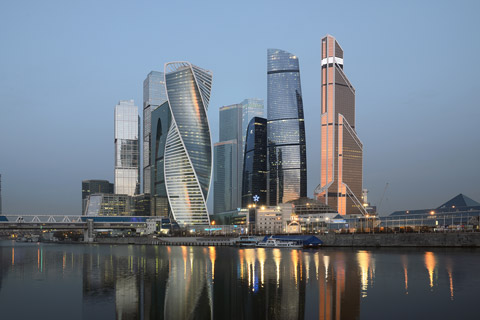 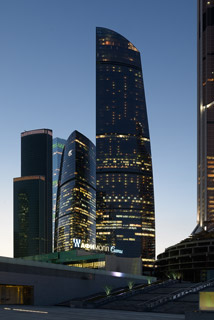 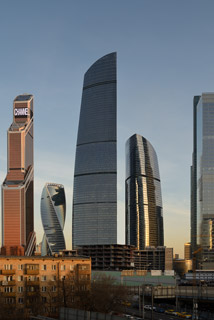 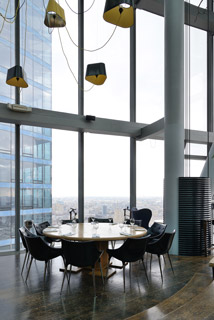 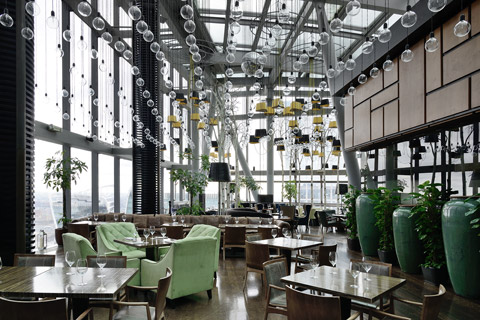 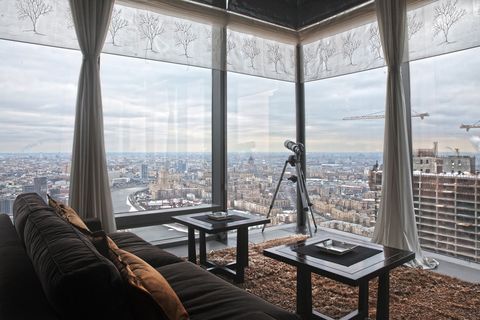 The Federation Complex is Europe's tallest building with its 373.7 metres of structural height above the streets of the new business district of Moscow City at its highest point. The twin towers are being built according to plans drawn up by an architectural alliance between Prof. Peter Schweger (ASP Schweger Assoziierte Gesamtplanung [Associated Architects] GmbH, Hamburg) and Sergei Tchoban (TCHOBAN VOSS Architekten, Berlin). A multi-storey block with a number of recesses serves as the building's base above ground level. It will contain the public retail spaces and receptions of the Hotel, the offices and apartments as well as the event and service areas in four more storeys below ground level. A cut between the base and the towers is made by a multi-storey “waistlineâ€, upon which the towers rest in the form of two spherical, equilateral triangles which gradually narrow the taller the building gets. In addition to offices, apartments and most of the luxury hotel space there will also be wellness and entertainment facilities as well as a public viewing platform.