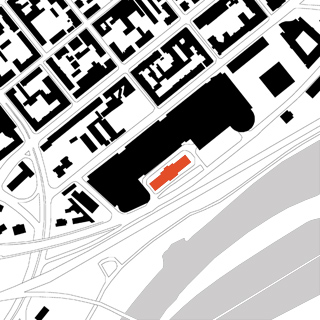 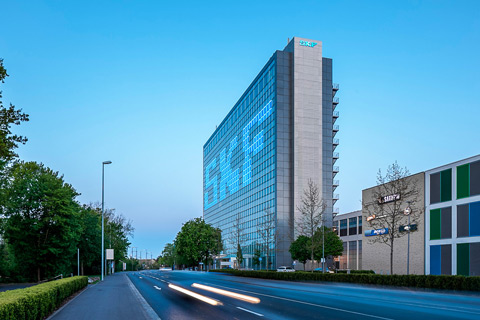 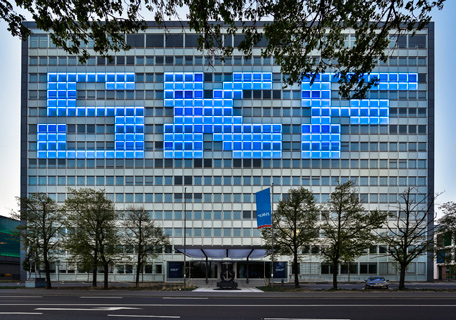 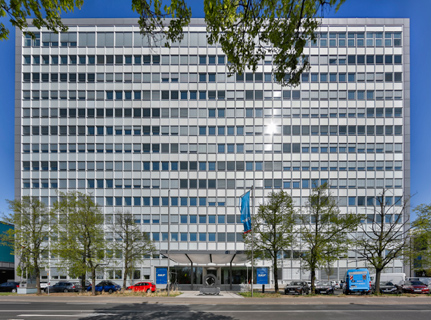 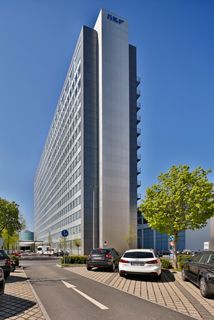 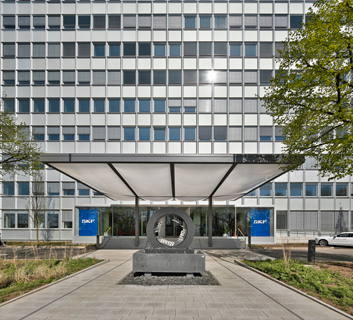 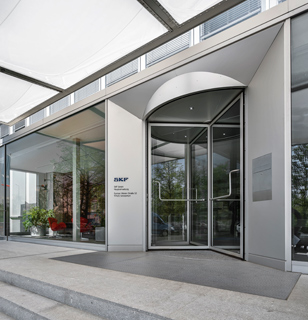 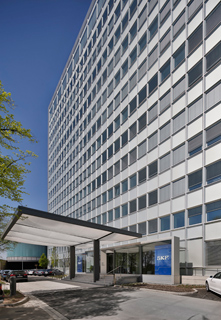 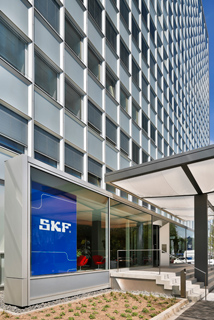 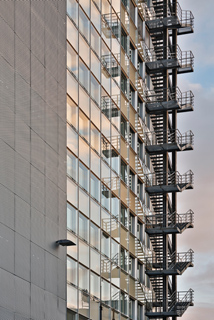 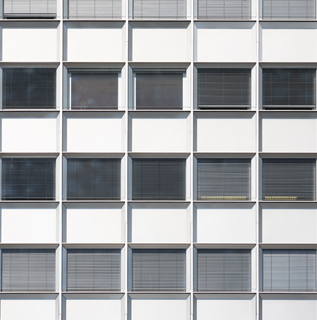 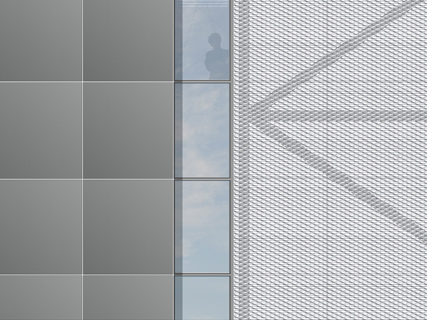 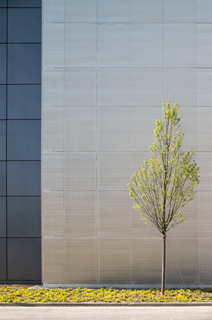 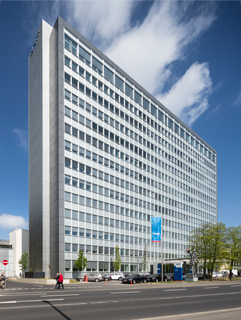 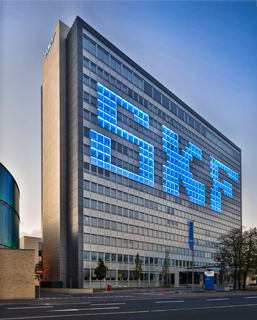 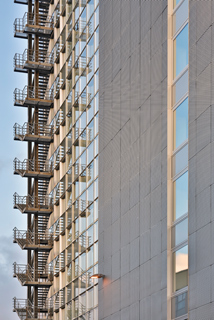 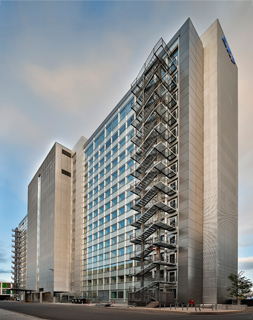 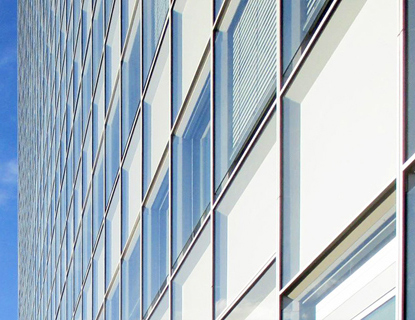 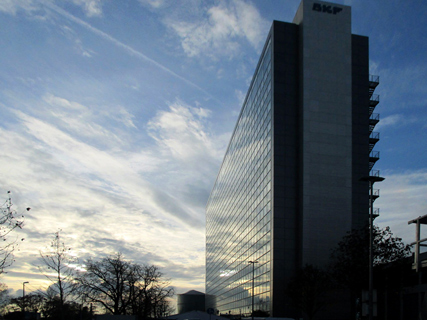 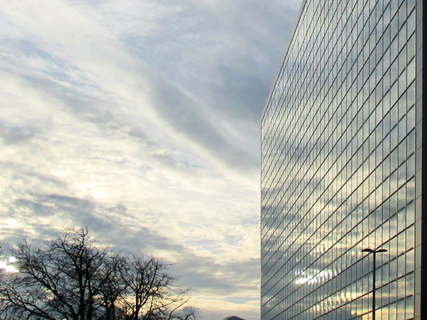 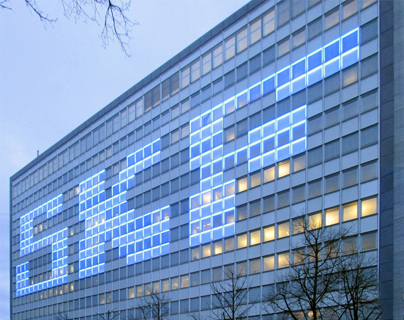 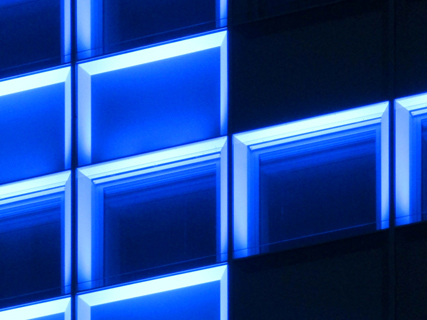 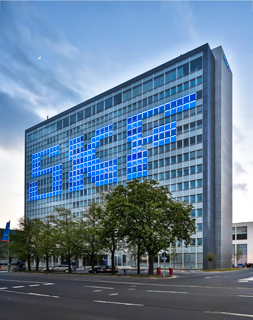 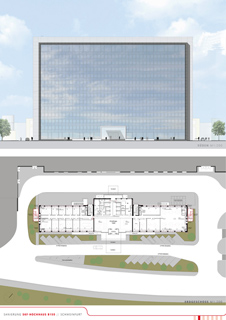 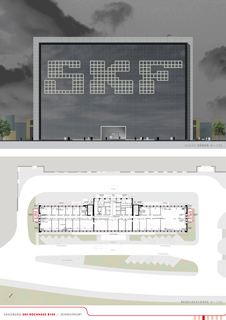 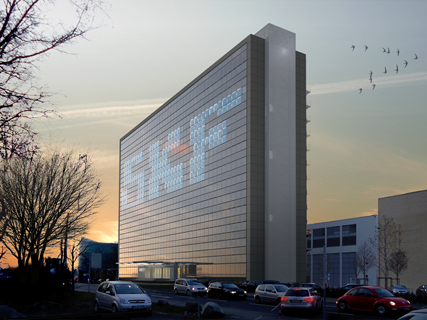 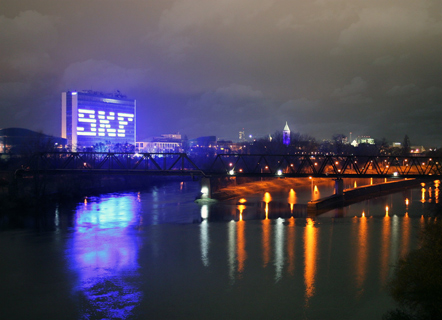 Energy saving | 1st prize in 2012 contest
Based on the specifications of the tendering procedure for energetic rehabilitation of the B150 administration tower block of SKF in Schweinfurt, the authors of the plan developed a holistic concept which, on the one hand, corresponds to the modern energetic requirements of an office building, and on the other hand, is a contribution to SKF's Corporate Identity.
The central theme of the façade design is, on the one hand, to maintain and further develop the existing appearance – as required. The existing façade will be reset sublimely. The new arrangement of the escape staircases improves the situation of escape routes and avoids shading of the office area by the staircase. The facade of the access core will be provided – as the frame façade – with a cladding of expanded metal which forms an elegant frame that – continued in the roof area – integrates the equipment floor. The other façade areas towards the South side are designed as a smooth and homogenous area like a MONITOR. All functional, structural, building-physical, economic as well as design aspects are taken into consideration here. At night, the “SKFâ€ logotype is illuminated by lamps in the areas of windows and parapets at the monitor facade.