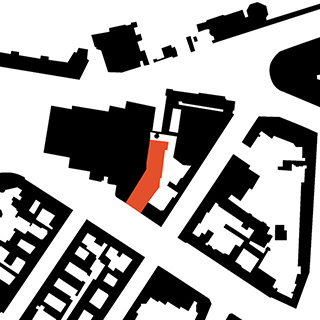 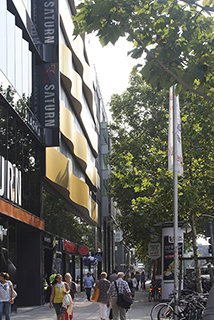 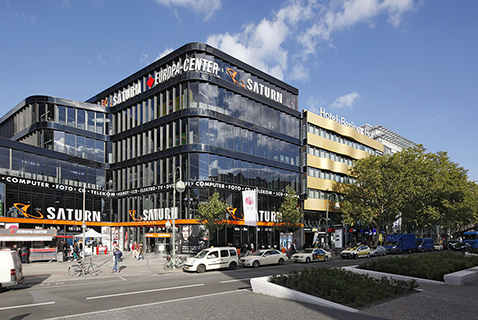 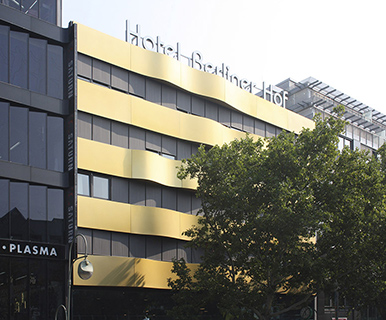 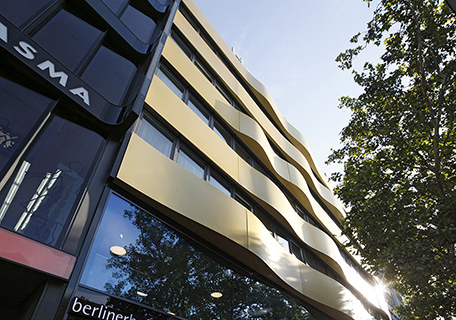 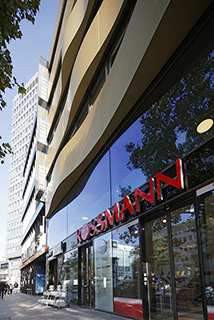 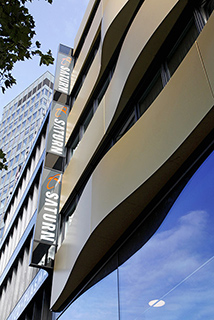 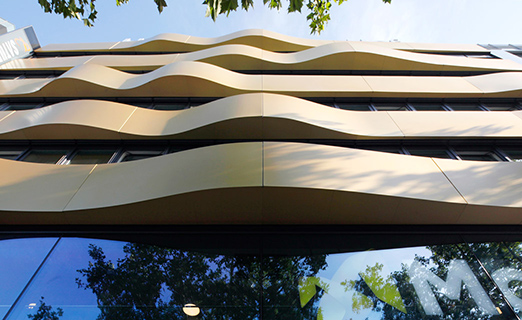 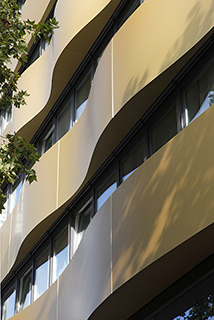 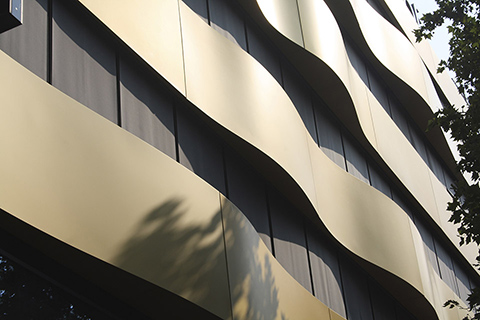 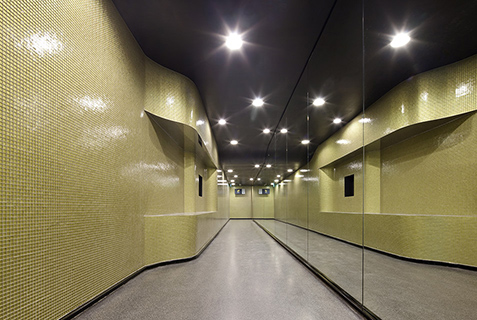 Façade redesign and reconstruction for new shops and hotel

The building was constructed in 1970s, with shops on the ground floor and hotel on the upper floors. The program was adapted to various uses over the past decades, without any functional or design concept. Through the modernization of the façade, the adjustment, generous development and expansion of the retail space on the basement, ground and second floors and the reconstruction of the four-room cinema into additional retail space, the buildings' form became modern and economically efficient. The space of the old shopping mall, which reached far into the block and was partially open, was cleared out and used for new retail shops. While the ground and the second floor have generous glazing, the new façade on upper floors has recessed ribbon windows and undulating balustrades out of gold anodized aluminum plates. The waveform varies from floor to floor. These variations, together with the reflections on the matte aluminum surfaces create a varied and lively façade image. This corresponds well with the façade of the department store located to the left of the building, with its rounded protrusions and ribbons.