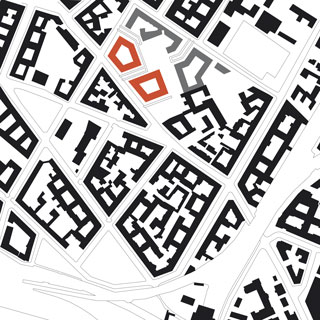 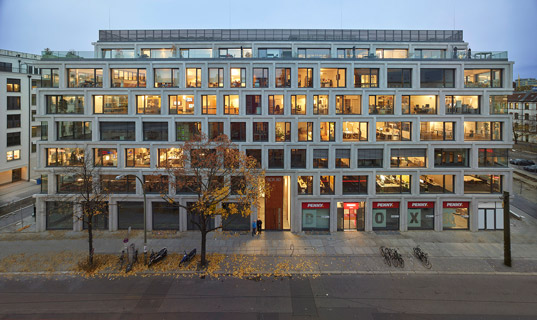 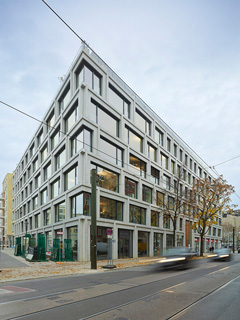 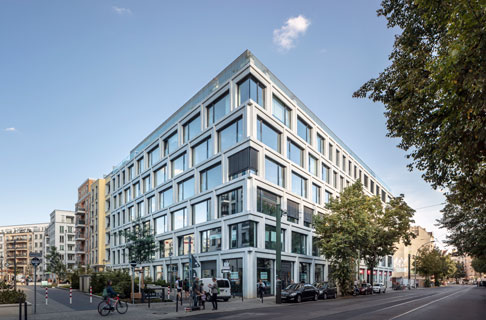 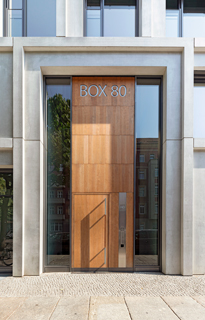 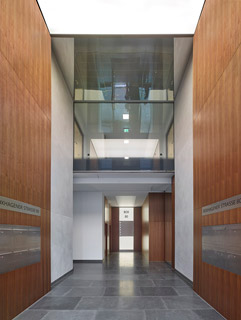 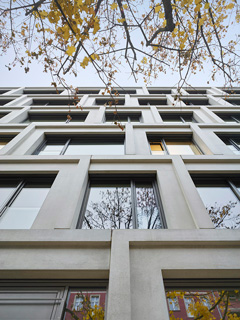 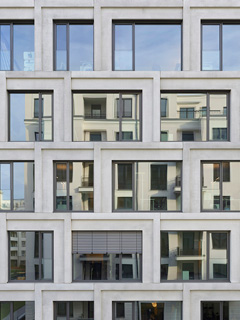 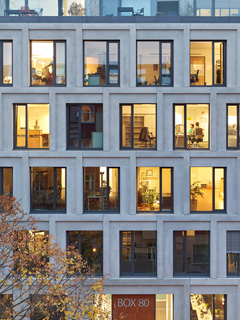 In Berlin-Friedrichshain, a lively and colourful residential quarter with mixed use was created with the participation of four architectural offices on a 26,000 square metre former commercial site. The self-contained Block B, located on Boxhagener Strasse, fits into an ensemble of six new building volumes, which are grouped around a generously laid out, publicly accessible garden. The block B is mixed use with office retail or practice areas (component BY, Boxhagener Strasse 79, 80, 80A) and with residential areas (component BZ, Boxhagener Strasse 79A, Siegfried-Hirschmann-Park 6-9 in cooperation with Bonnani Architekten), which corresponds to the metropolitan character of the surroundings.

One of the hallmarks of Boxhagener Strasse is the office block BY, a large-format volume, whose expressive facade design attracts attention. The arrangement of the curtain-type prefabricated elements made of light architectural concrete, as well as their differences in scale and different alignment, provide for dynamic appearance. Here, pointed corner windows are designed as all-glass corners. Every detail is precisely worked out.

The entry sets an accent with a distinctive gate made of American walnut inside a glass frame. Effectively, the size of the door is smaller and corresponds to the human scale. From here a two-story lobby leads to the offices. Each floor has four office sections, which could be merged if required. Additionally, two smaller staircases function as further exploitation and escape routes. While the building has fixed wet cell spaces, the design of the offices can be chosen according to tenants' wishes – from one-space to open-space.

The building fits the modern demands on cavity floors, chilled ceilings and mechanical ventilation. As the Boxhagener Straße has a lot of traffic the ventilation is ensured by an autonomous system, which doesn't require opening the triple glazed windows. The building is completely handicapped accessible.