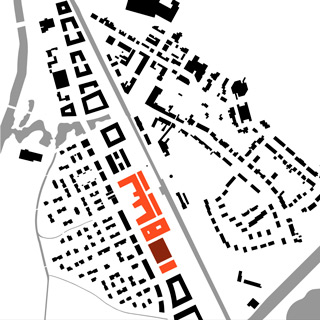 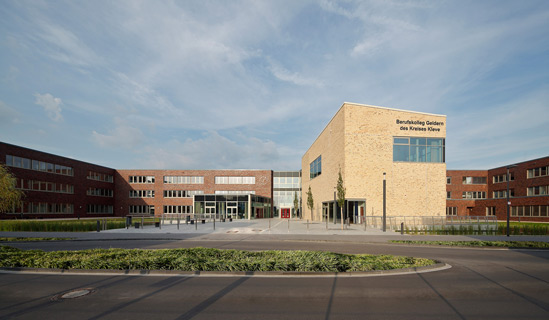 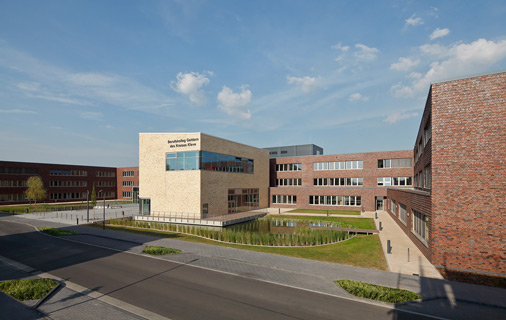 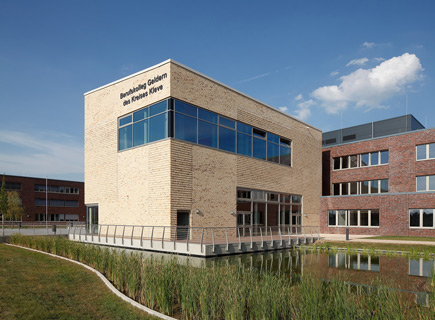 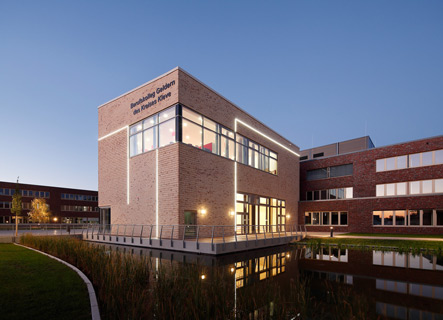 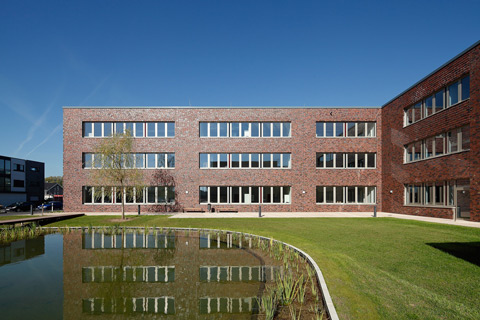 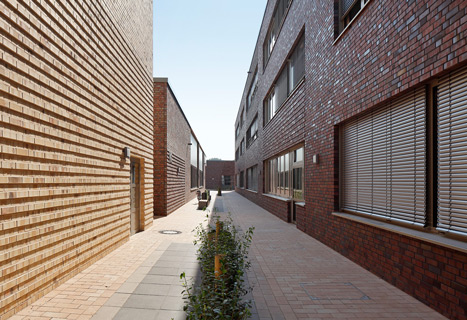 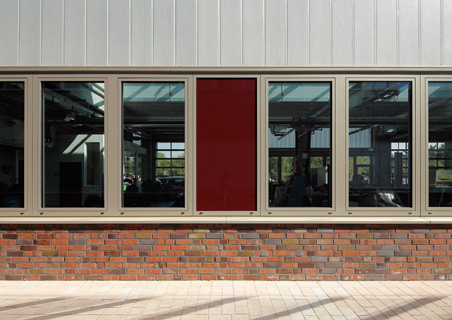 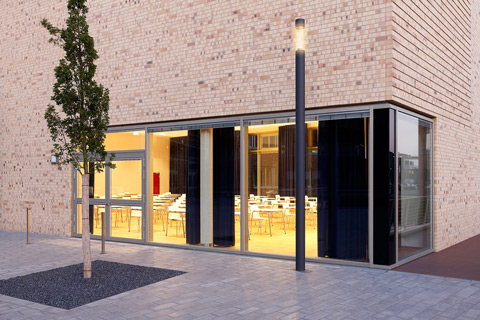 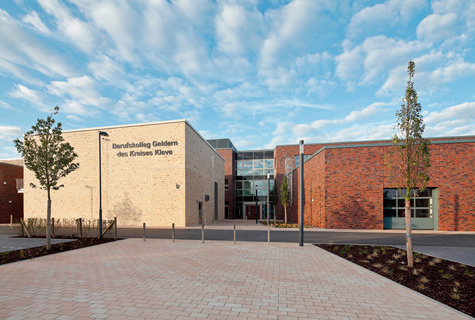 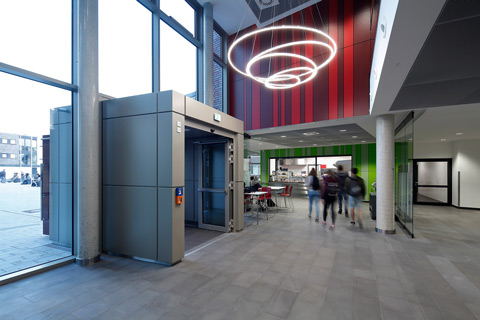 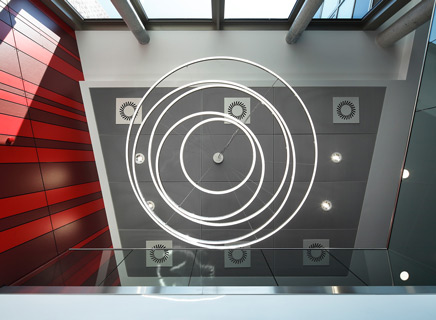 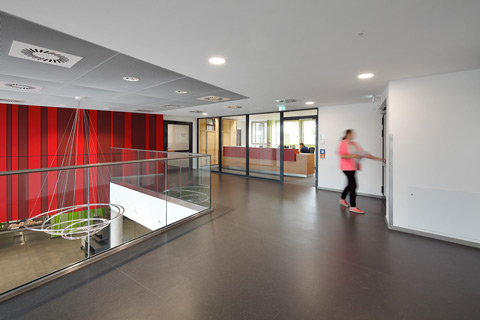 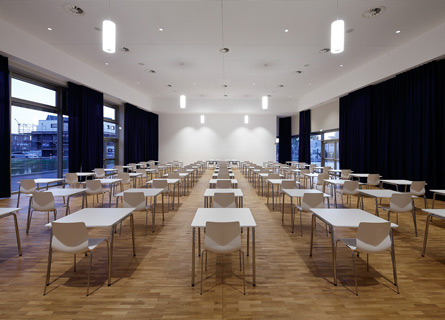 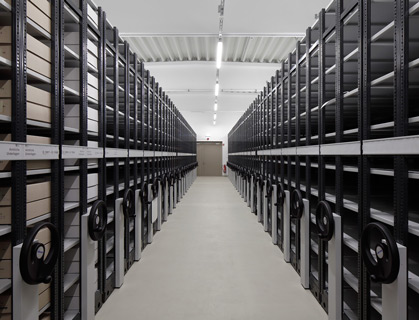 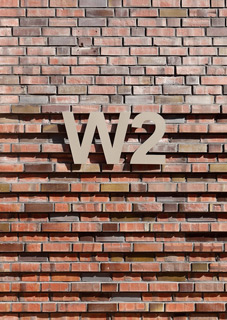 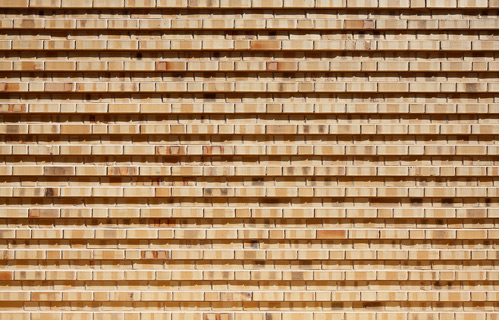 The new ensemble of the vocational school and archive in the south part of Geldern, a town in North Rhine-Westphalia, reminds in some way of a “polisâ€: the five mainly flat volumes with a linear alignment are located on an elongated plot. The atmosphere of this industrial district in the south part of the town had an impact on the architectural forms of the new ensemble which articulates in a very clear and modest way.
The whole structure is divided into several sectors, all of them comprising different uses. With regard to the possible conversions in the future all floor plans are designed as flexible systems. According to their special role in the complex some of the units have been accentuated, as for example the free standing volume with the assembly hall, the library, the self-study centre and the pedagogical centre; further the glass construction of the cafeteria or the monolithic archive building.
Burnt bricks, which were used for the façade cladding, give the complex a homogenous appearance. All buildings are organized in a very clear way by mostly horizontal window lines. Additionally profiled glass elements emphasize the buildings' surface and contribute at the same time to optimal lighting conditions of the learning workshops.
Certain parts of the façade are subtly ribbed, evoking a stronger haptic effect. The landscape, designed as miniature Lower Rhine countryside, is very divers. Its water zones, green meadows, manifold vegetation give a perfect possibility to take a break outside.