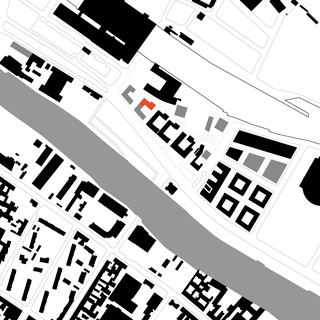 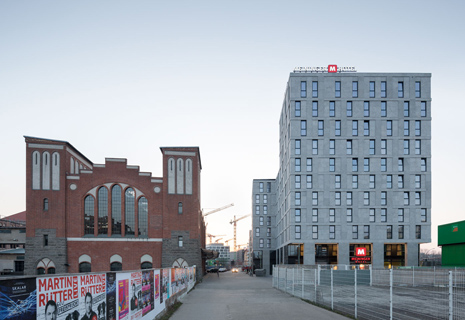 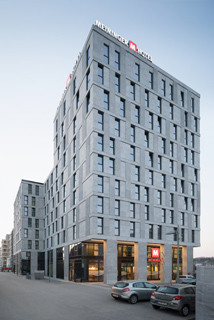 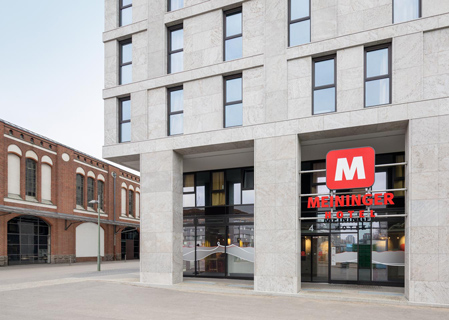 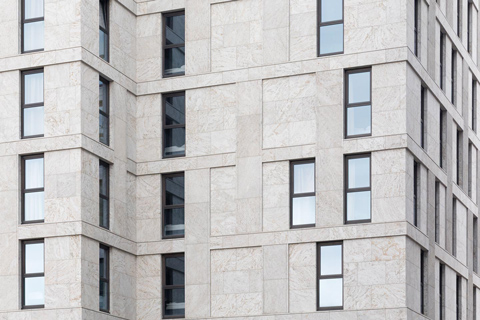 The new Meininger Hotel in Berlin is situated in close proximity to the historical building of the Postbahnhof thus completing the rapidly growing office and financial district in the eastern centre of Berlin. The new construction will be a solitaire with different heights and roughly divided in its middle creating two different departments: an eighth-storey hotel with 245 rooms in the northern tower and offices in the southern lower part. Clad with a punctuated facade from the second storey up to the top the surface is emphasized by balustrades as well as by a grid consisting of one or two storey high architectural concrete elements.