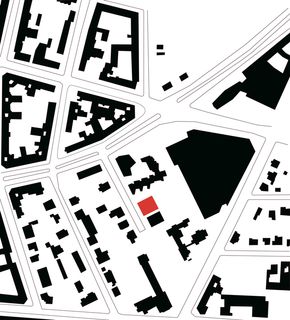 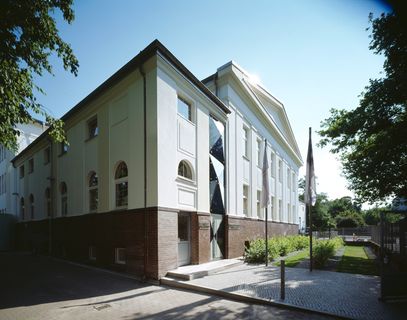 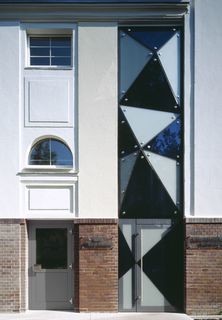 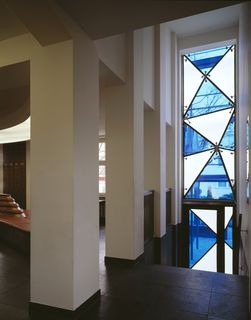 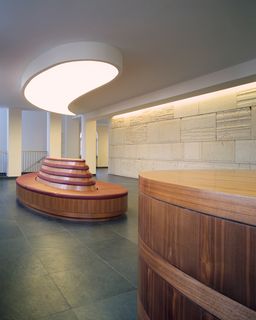 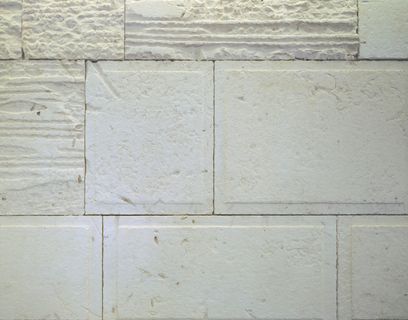 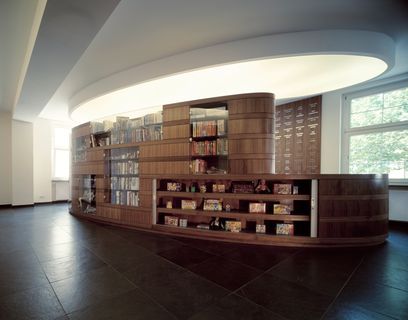 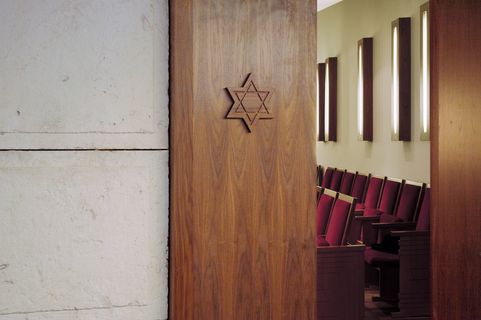 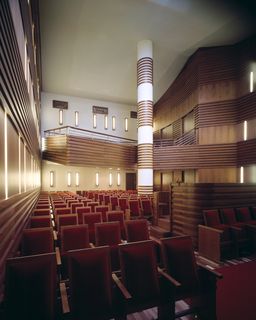 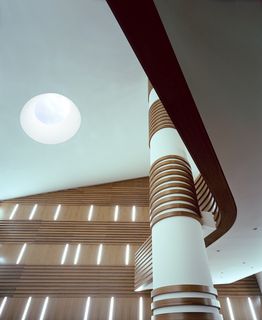 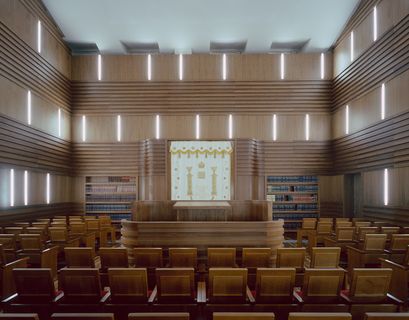 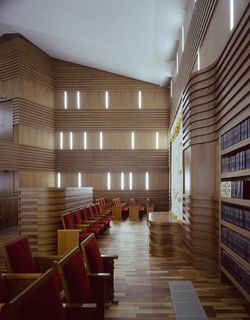 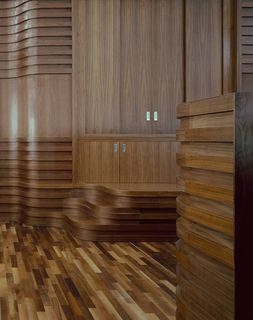 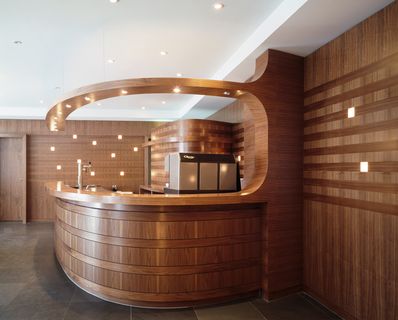 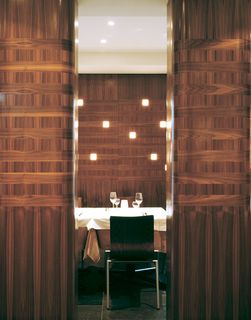 Family- and cultural centre in an erstwhile transformer station

The building was erected in 1922 by Otto Hanke as a transformer station and was bought by a Jewish foundation in 2004. The neo-classical façade doesn't reflect the originally technical use of the building but is fitting to the style of prestigious residence area near Kurfürstendamm.
The building was bought by a Jewish foundation in 2004 and is now being rebuilt and provided to the Jewish-orthodox society “Chabad Lubawitschâ€ for the next 99 years. The building envelope remained the same except for an added modern portal, yet the interior was considerably changed. The entrance hall impresses by its interior and looks like an independent lounge. The connecting wall between the synagogue and the foyer is covered with monolith sandstone plates. The originally transformer hall was converted into the central hall. The character of the synagogue is determined by the dark floor-to-ceiling walnut paneling and a gallery. Additionally the traditional Jewish ritual bath, the Mikwe, seminar rooms, a library, a room for children's services, a café and a festival room with attached kosher kitchen offer room for events for members of the Jewish community and its visitors from around the world.