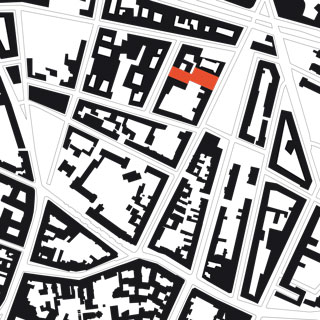 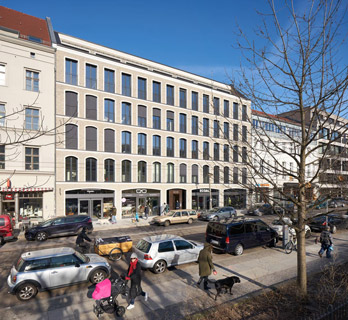 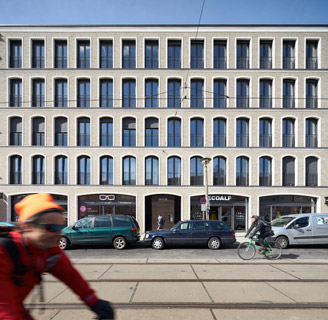 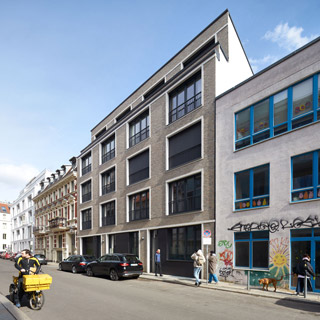 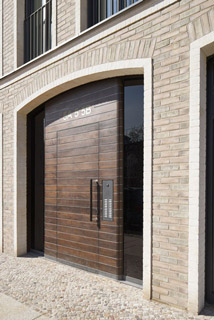 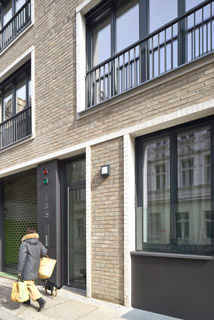 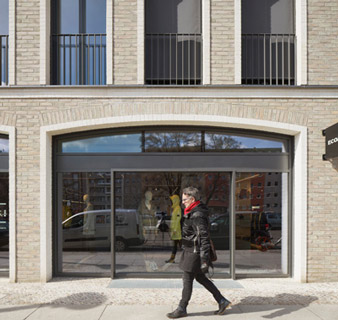 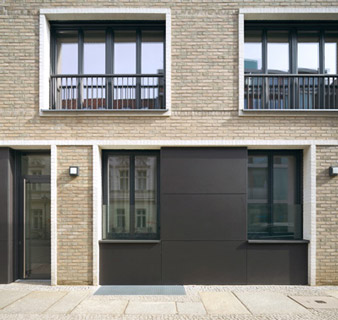 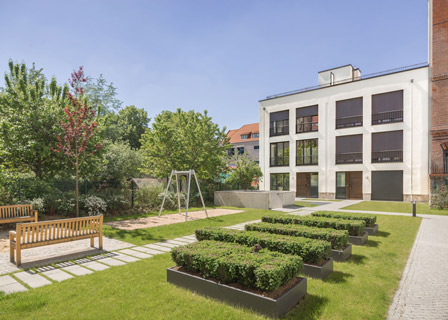 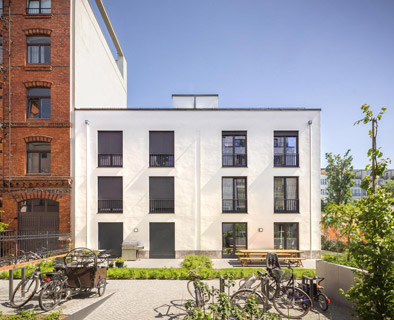 It is hard to imagine nowadays how many changes Berlin-Mitte has seen in the past decade. The high variety of new spaces and uses which settled here during those years created as a result an urban, dynamic atmosphere. The existing urban structure with its moderate building heights, pleasant road widths, a diversity and complexity of historical façades contributes to the vividness of this international neighbourhood. Only in a few minutes' walk the inhabitants and visitors can reach the creative retail mecca Hackescher Markt, the Museum Island as well as Friedrich- and Torstraße.

The new residential ensemble was developed on a former gap between the two streets Alte Schönhauser Straße and Rückerstraße closing now the block perimeter. The construction refers to the historical development taking in the spirit of the Gründerzeit. The former existing building which was located on this plot had a clear grid and a classicist, elaborately shaped façade.

Both street sides are clad with Egernsunder clinker in warm, slightly shimmering beige. The five-storey building on the Alte Schönhauser is structured very clearly by arched windows. Different heights of the arches enrich the façade tectonics: significant in the first floor the arches flatten to the top, and finally the last floor as well as the penthouse has rectangular windows. In the ground floor retail spaces are well presented inside the generous window openings.

The character of the building towards the Rückerstraße differs from its counterpart, though materials as well as colour concept remain the same as of its counterpart. The three-storey volume with generous rectangular windows appears calmer and kind of casual repeating the atmosphere of the quiet, narrow street. Having white washed window claddings the surface of both buildings becomes more plastic. The interplay of different heights is highlighted. The French window railings accomplish the appearance of the ensemble with their modest anthracite-grey colour.

Lively street sounds don't really reach the green, quite inner court yard. Four townhouses are located here in pairs. Two houses dock the main building at the Alte Schönhauser Straße and further two houses dock the fire wall of an existing building. The garden is open to all inhabitants. Additionally the townhouses have private terraces. In total the buildings have 26 rental apartments, each townhouse is one apartment.