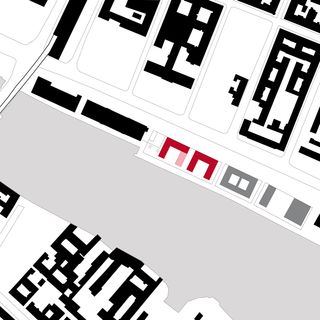 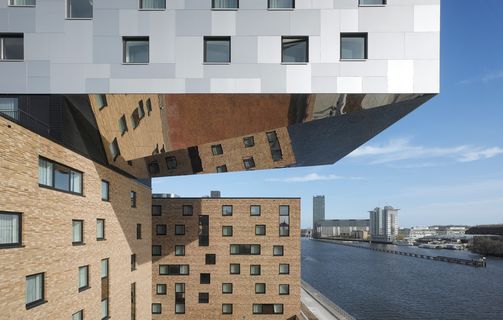 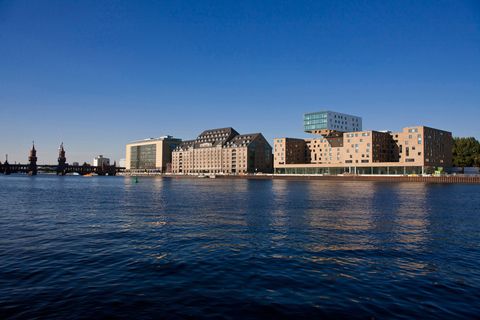 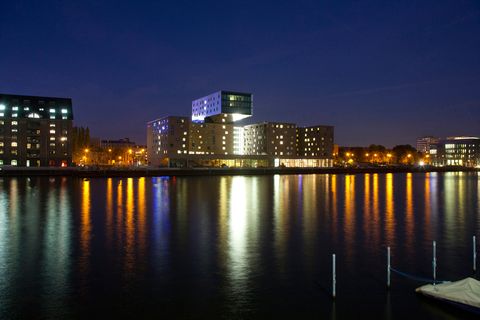 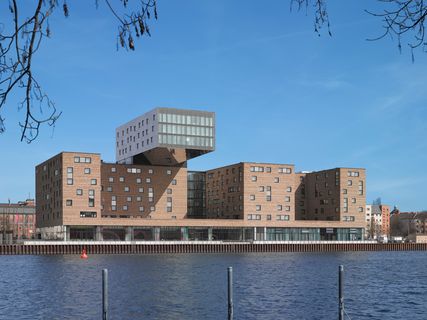 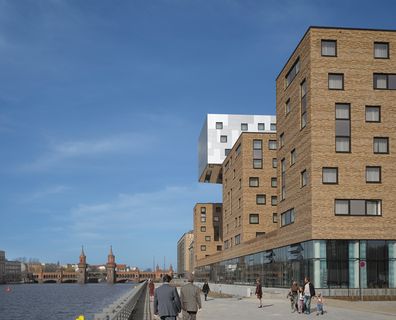 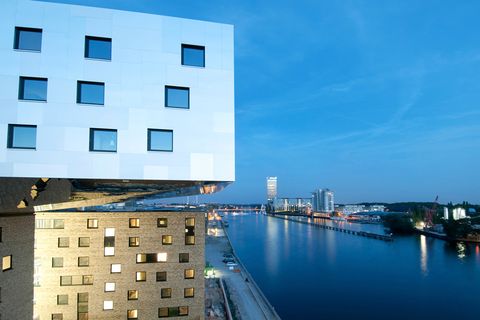 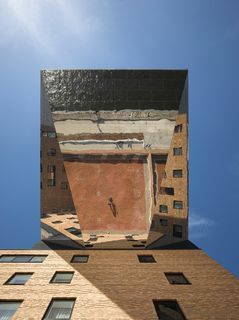 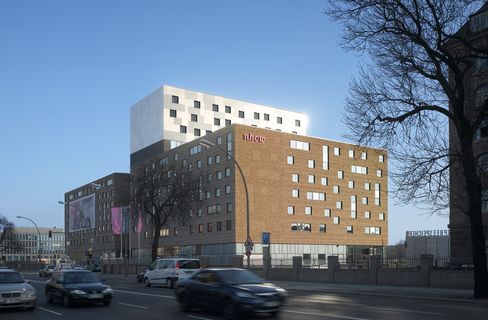 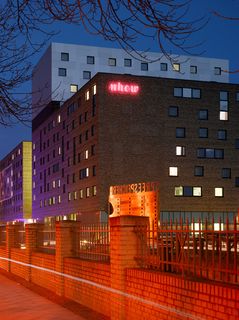 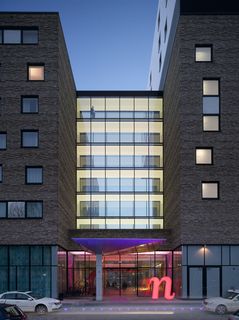 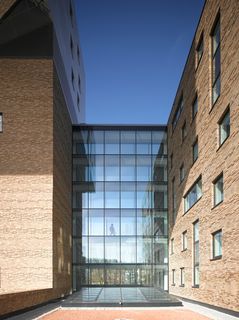 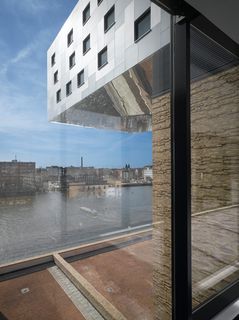 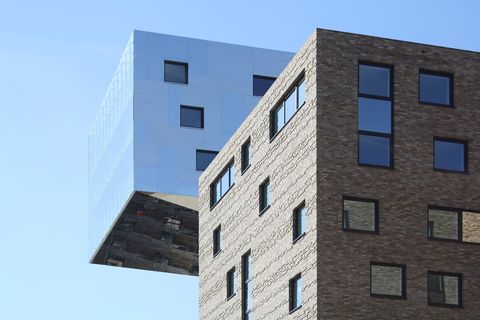 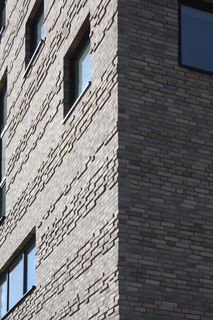 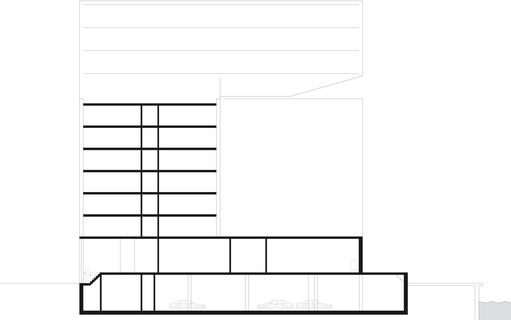 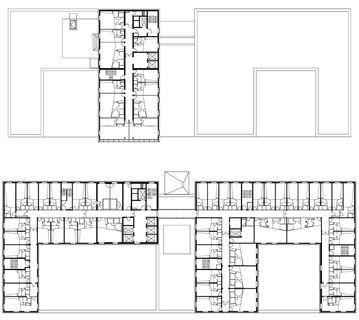 Aligning with the existing storehouses the four-star “nhow Berlinâ€ Music and Lifestyle Hotel by the Spanish nh-group is located between the River Spree to the south and Stralauer Allee to the north containing 304 rooms and two restaurants, a convention center with a ballroom, a spa area and an underground car park. The structure of the building and the façade design reflect the special location of the building. A huge cantilevered cube cites the motif of a crane cabin, whereas the façade's surface mingles into the ubiquitous brown stone materiality at the formerly important city harbor of Osthafen. The volume accommodates seven floors divided into two blocks, each forming an open U-shape onto the water and connected via a glass interstice. The western block is topped by three additional floors in a separate volume. Here the exclusive suite gives access to the roof terrace and offers access to a sound studio, cantilevered seventy feet above the water. On street level a floor-to-ceiling glass band opens the view to the outdoor. The façade zone above is formed by brick cladding with irregularly arranged square windows. The brick chosen varies in color as well as by its irregular surface, adding a vivid optical impression. The top levels wear a highly reflective aluminum cladding and allow splendid views to the southwestern skyline of the city through an all-glass double façade.