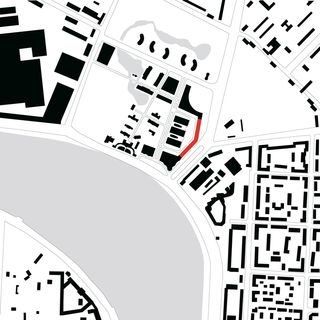 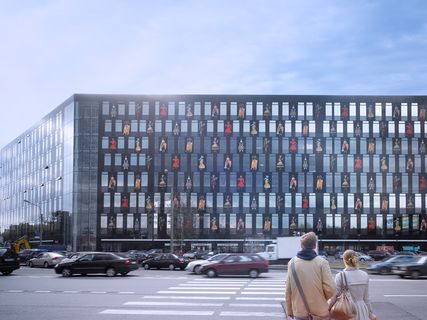 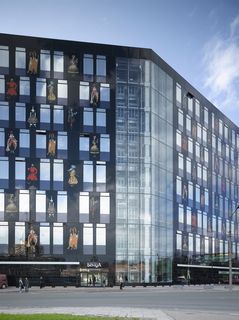 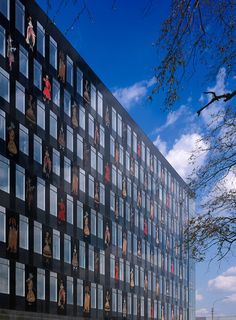 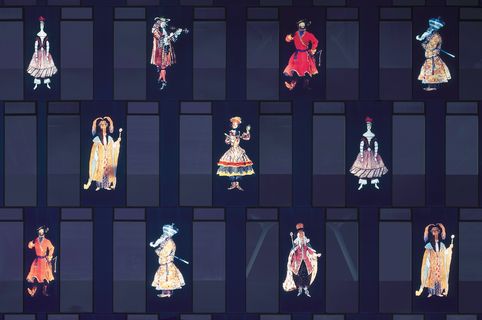 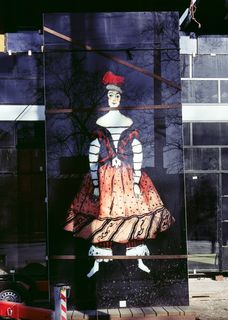 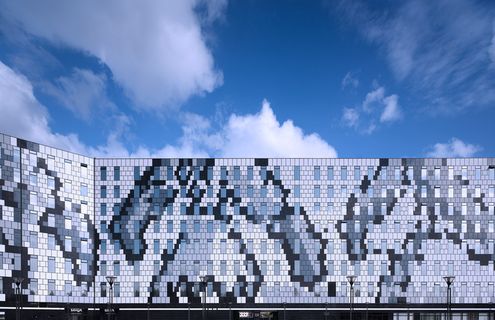 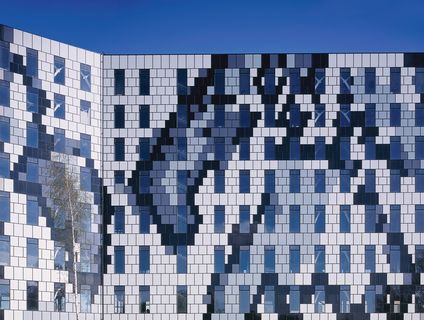 Extension of an industrial reinforced concrete frame to a business centre on the former factory site, "Rossiya"

A partly damaged industrial building in the mordern Kalininsky District is situated on the border between the former garden of the Kuschelev-Besborodko-palace and Piscarevski prospect, where 1877/78 and 1882 the famous russian artist Alexander Benois used to live. The building was renovated and remodeled into a multifunctional business centre. The design of the new construction is dedicated to the artist A. Benois, especially to his theatre designs that made the Russian art and culture world famous being a part of the Diagelev's Russian Seasons. The façade with festive and comical ornaments should mainly remind of the façades of the Tuscany palazzos that A. Benois liked a lot, he has made many drawings of them during his trips to Italy. At the same time it should remind of the fancy-dress balls given by the Earl Besborodko for Catherine the Great. The floor-to-ceiling printed glazing is combined with the transparent glass elements in an aluminium-post and rail-construction that straddles the whole façade being a substructure. In the place of the bend in the building caused by the street course a point held insulation glass façade is inserted within the complete height of the façade. Behind this “joint of the façadeâ€ are the elevators installed.