Hotels at the main station
Berlin | 2015 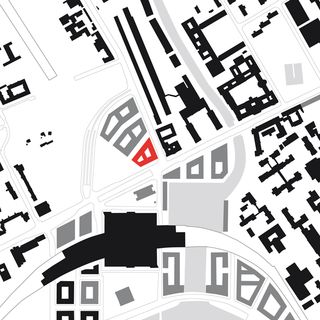 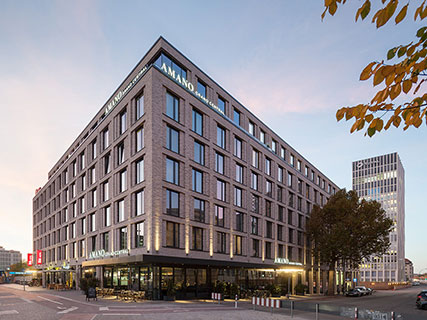 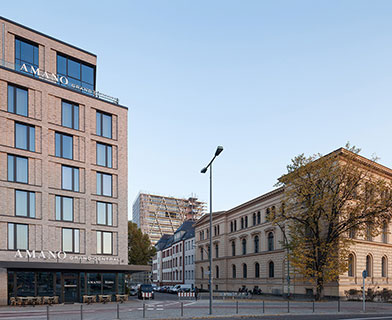 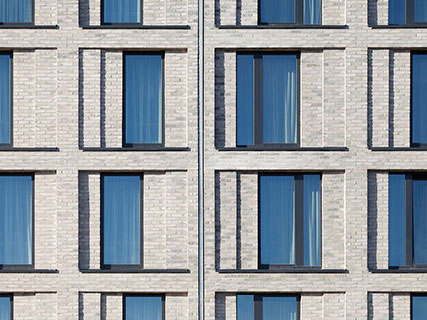 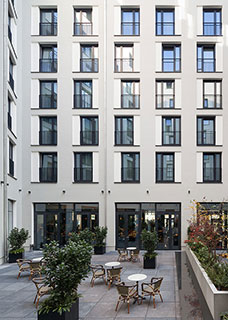 The two new hotels, IBIS (2 stars) and AMANO (3 stars) were recently completed around the BerlinÂ´s Hauptbahnhof. Positioned on a mainly glazed base, the design of the 6-storey buildings becomes a part of the large-scaled block structure of the surrounding area. With its stacked storey, the top part of the Amano hotel housing a skybar is largely glazed, which allows a wide view over the city, whereabouts the IBIS hotel is covered with room-high slit windows. Clad with shimmering beige-grey bricks, the facades are strictly gridded whereby the architects focused mainly on the design of the window cladding with its slightly stepped and shifted structure. In the court yard, the architects used a similar approach by applying grater plaster cladding in beige-ochre colours. With its 250 or 295 rooms, both hotels are housing a variety of retail, gastronomic and meeting spaces.