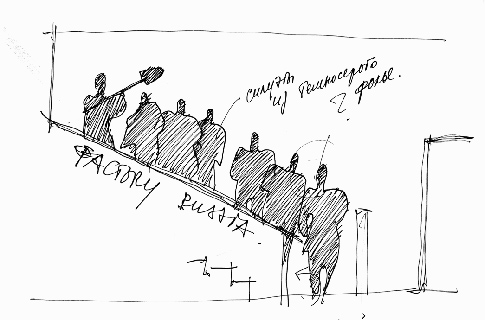 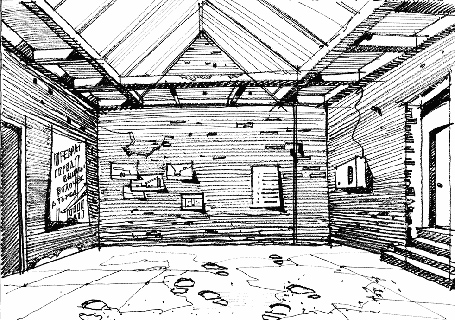 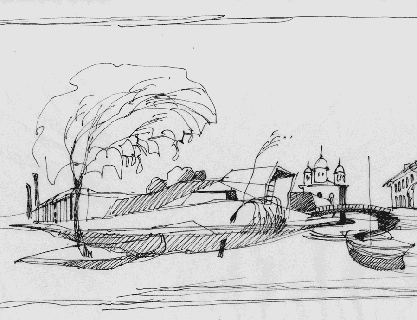 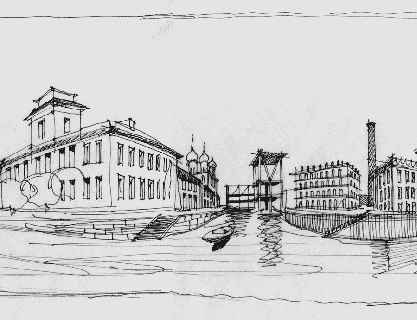 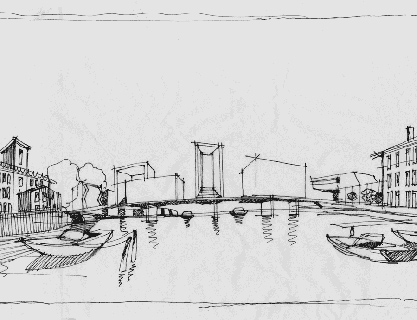 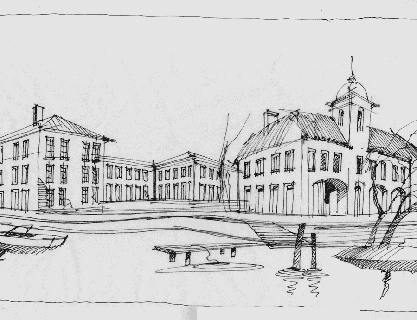 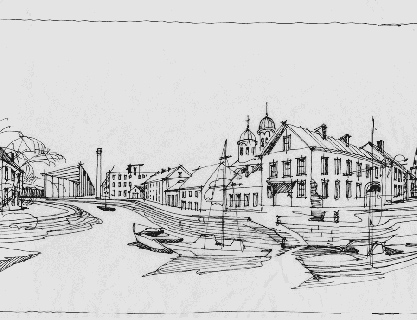 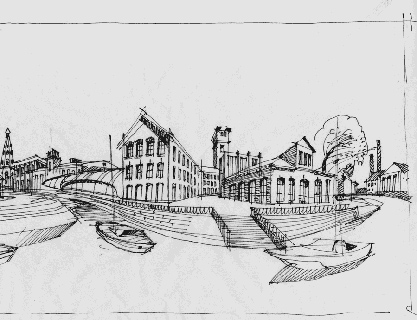 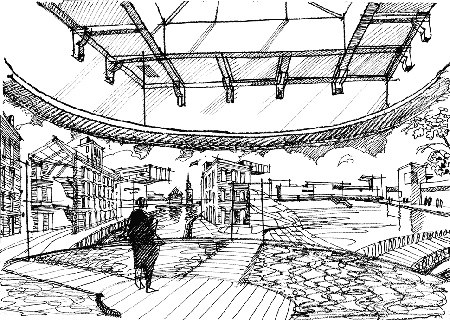 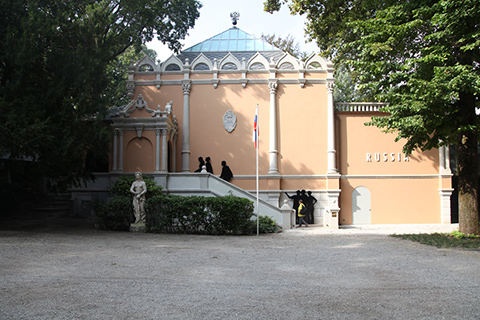 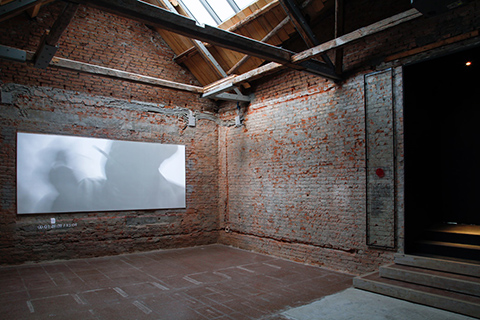 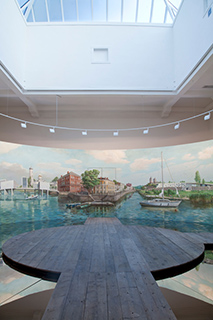 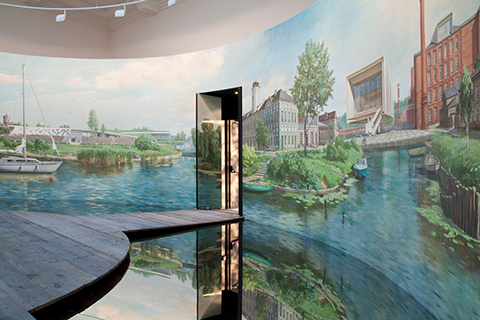 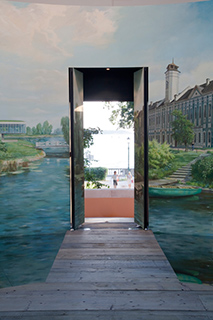 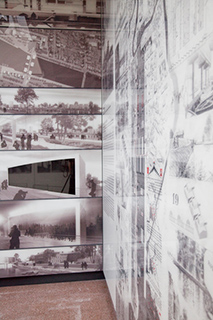 The Russian pavilion will present a conceptual project depicting the conversion of former industrial structures into a modern cityscape. The project is being developed by a team of architects led by Sergei Tchoban. The project is of conceptual and model-like nature for Russian small towns. As a model site we chose the city of Vishny Volochyok in the governorate of Tver. The city center was built in the architectural Saint Petersburg style of Classicism and Empire, largely shabby and in parts being ruins. New production and infrastructure facilities for the maintenance of the railway, the highway and the canal have not been established. The project will be realized in three stages. In the first stage the present situation will be analyzed sociologically and economically. The second stage represents the actual architectural planning. In conclusion an integrated urban redevelopment will be projected. In the third stage the project will be remastered for the presentation of the entire work in the Russian pavilion in Venice.

Client: Ministry of Culture of Russia