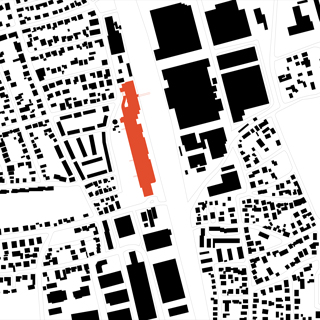 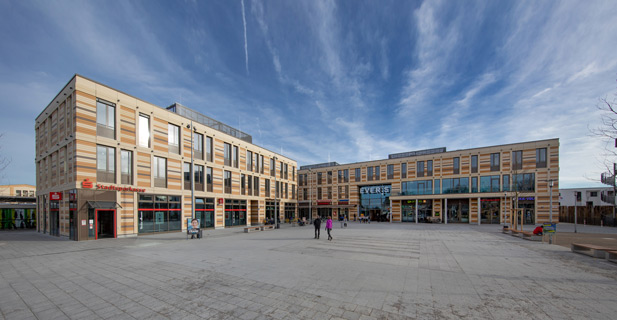 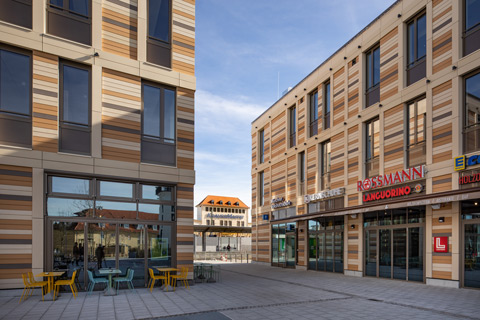 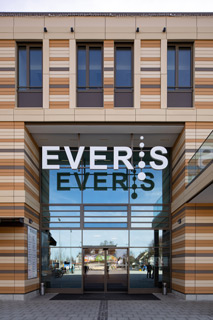 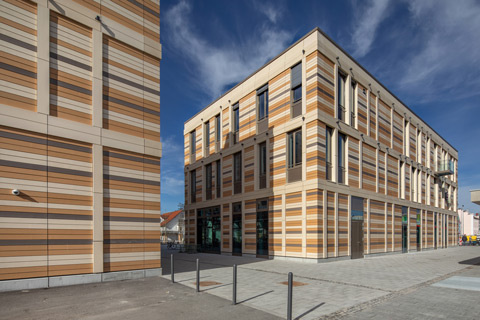 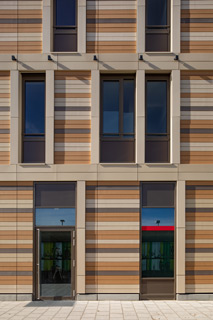 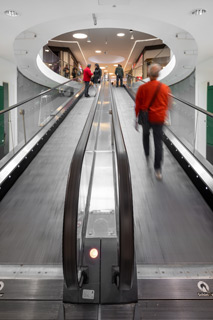 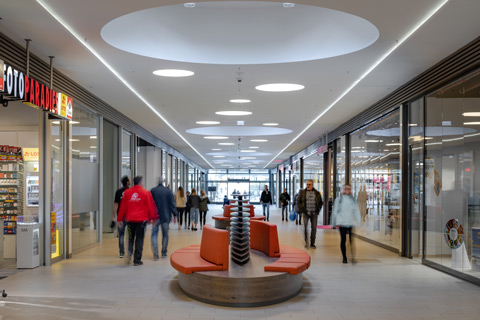 The Oertelplatz shopping and service centre, completed in 2019, is located on a former industrial site, directly next to the S-Bahn station of the Munich district Allach Untermenzing. The overall construction project comprised the new construction of a shopping and service centre with underground car park, a free-standing three-storey office and commercial building called "Solitär", a Park & Ride underground car park under the square and two access and exit roads for the two garages, the northern one of which is also located underneath Oertelplatz. The square was redesigned as part of the construction work.

The solitaire stands in the eastern area of the square at right angles to the shopping centre bordering Oertelplatz to the south. The office building and the three-storey head building of the centre frame the newly designed square in the south and east and thus form an appropriate entrance for the centre.

The main entrance to the shopping centre is set back approx. 2.00 m from the facade and consists of a two-storey post-and-beam construction in which a 2-leaf, barrier-free automatic sliding door is integrated.

In front of the outer walls of columns, beams and wall panels made of reinforced concrete, curtain-type, rear-ventilated, small ceramic facade elements were installed. Window elements alternate here with horizontally structured facade areas made of coloured ceramic elements. In the western area of the north facade there is a balcony of approx. 20m length and approx. 3m depth in front of the 1st floor.

All roof areas were planned as a warm roof with extensive greening. The standard roof structure has trapezoidal sheets on precast concrete girders as the load-bearing roof structure, whereas the roof structure of the head building is designed as a reinforced concrete ceiling.

The entire sales area is barrier-free in the public areas.