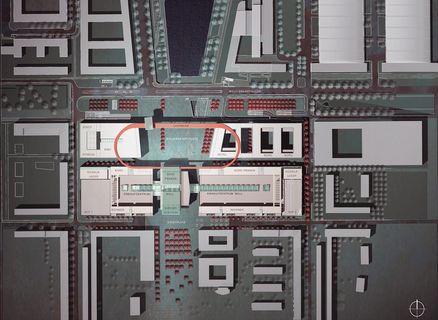 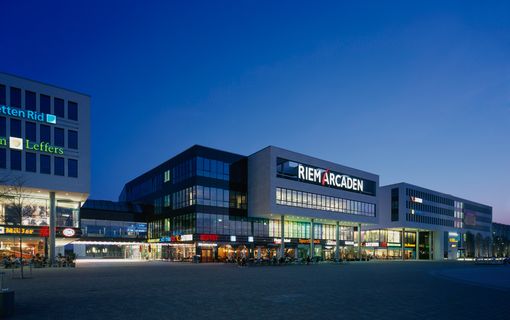 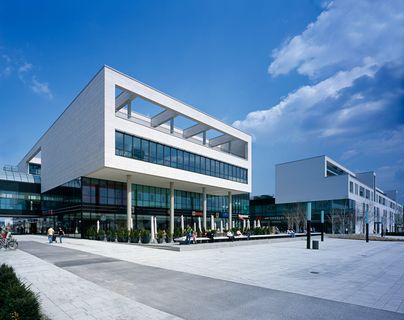 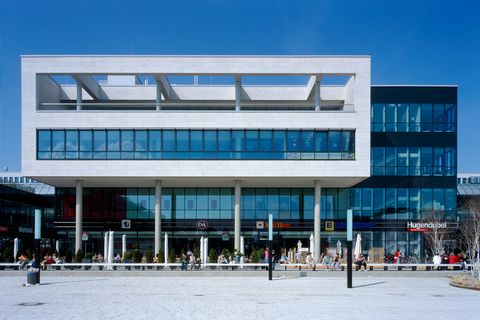 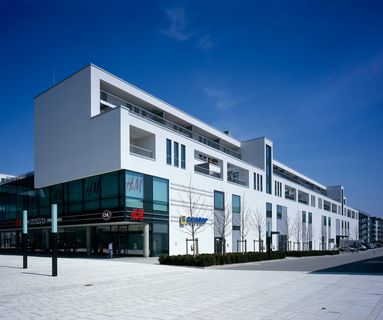 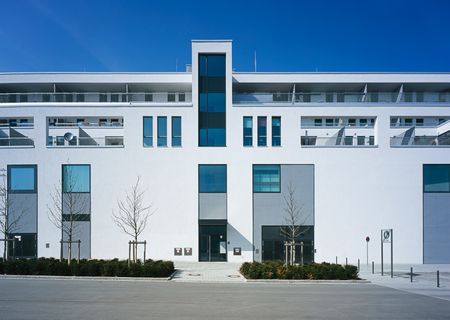 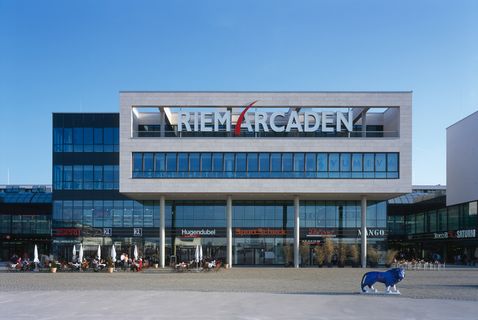 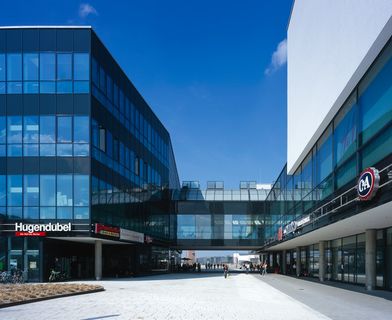 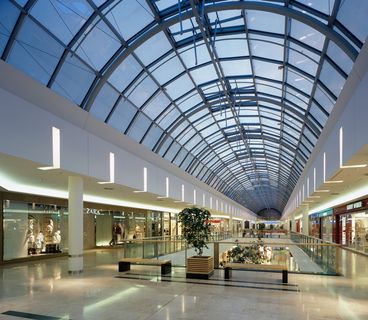 Master plan and realization of the southern part with shopping mall, retail, offices, residences and car park, 1st prize in a competition

An uninterrupted alley from east to west separates the entire complex into a northern compound (architects ASW) and a southern compound (architects nps tchoban voss). This is a result of the desired separation of the different functions by the different occupants into a southern shopping centre, with office and domestic complexes and two open parking lots and a northern shield of offices, hotel and recreational building including a cinema, disco, fitness and wellness area and a portico with integrated track. The northern and southern construction sites of the Riem Arcades are connected through an elevated running track above the tops of the roofs. The adjoining façades of the two-storey shopping centre are consciously kept closed and solid to form an indented contrast to the translucent middle and the bordering northern complex. An essential viewpoint between the Willy-Brandt-Platz and the southern city centre of Munich is the central building. With a freely hanging glass wall that can be interpreted as a metaphor for a display or projection screen, hologram, advertising or image board.