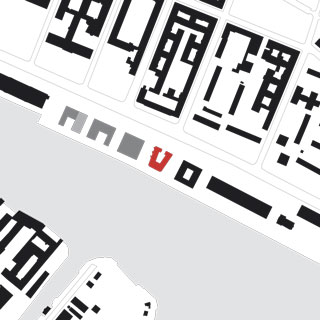 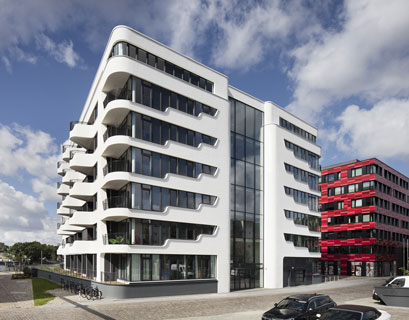 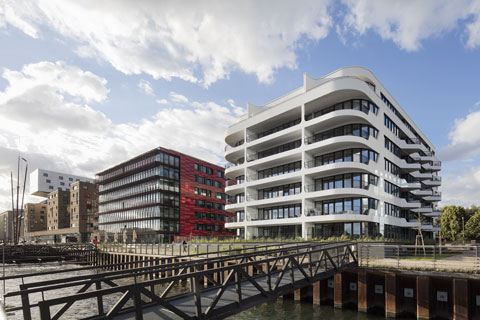 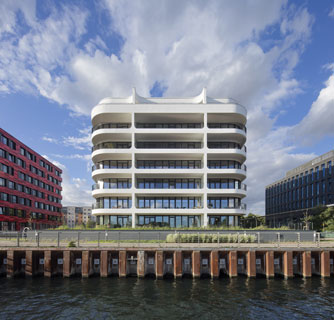 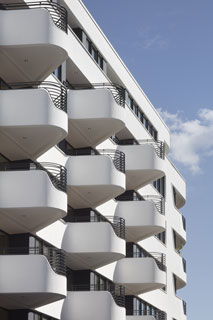 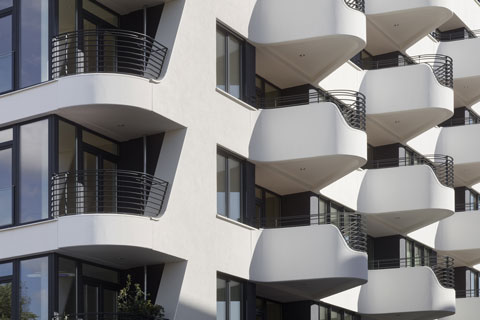 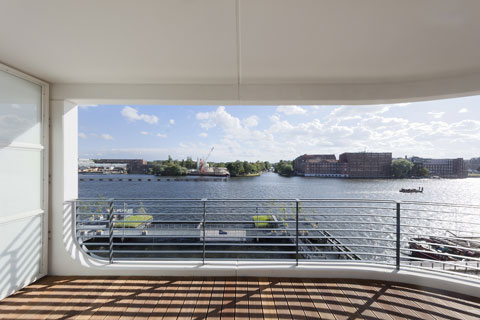 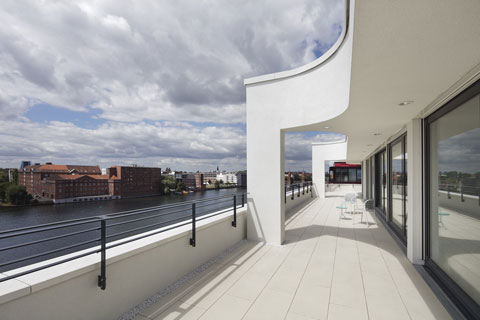 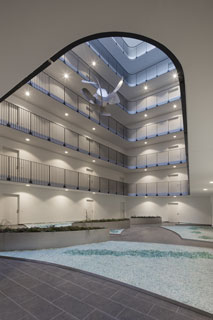 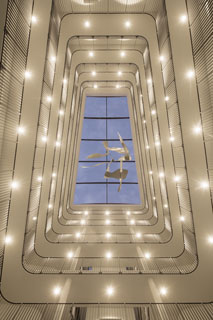 This seven-storey residential building is integrated into a row of commercial and office buildings located at the former east port (Osthafen) in Berlin. Its luminous white appearance – grounded and at the same time graceful – makes the volume resemble a steamer. As its leitmotif, every detail of the building relates to the form of the arc, which can be found in rounded outer and inner edges, in the ornamental lines of the façade or in the wave-like form of the balconies.
In addition to the almost continuous glazing the distinctive shapes of the balconies underline the horizontal structure of the façade with an integrated mineral thermal insulation system. Rounded angles combined with the interaction of the retracted and protruding parts give the building an highly plastic appearance. Moreover, the form of the balconies in each apartment provides a panoramic view over the river.
The trapezoid ground plan of this reinforced concrete cross-wall construction opens towards the street with a glazed atrium. The spacious entrance hall is wheel chair accessible and contains the staircase and the elevator. Circumferential galleries provide access to the apartments. The sizes of the 68 two to four room apartment are varying from 48 to 125 square meters. Utility and storage rooms as well as 38 parking lots are located under the raised ground floor, additional car park is outside the building. Exterior areas have been designed as green borders and children's playgrounds, thus contributing to the living quality for inhabitants as well as pedestrians.
Soft light shines through the multilayered transparent foil roof of the atrium. An object, perhaps a ship propeller at first sight, fixed on fine cables, floats in the middle of the space. “Samaraâ€ called Jovana Rusov her work, which consists of several large-scale maple tree wingnuts, reflecting the light in various angles. The artist emphasizes the building's strong aura of freedom and calmness by choosing this archaic and associative language.