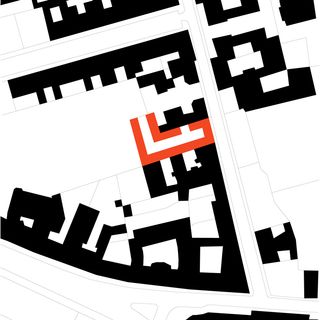 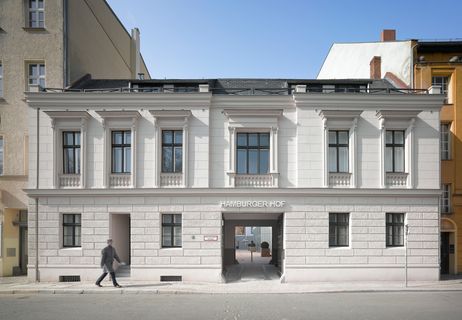 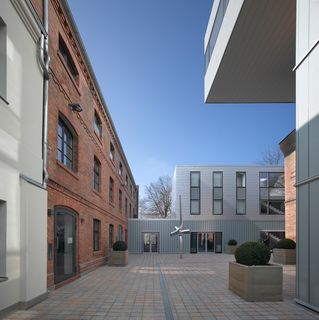 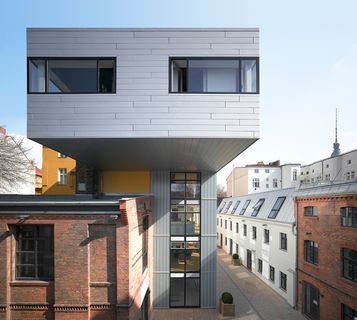 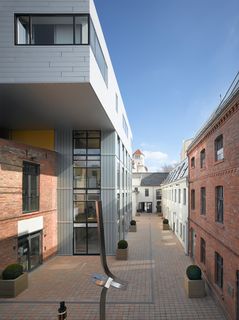 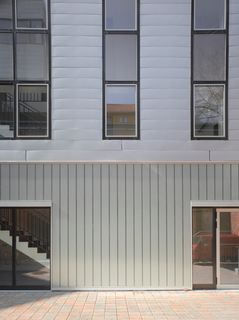 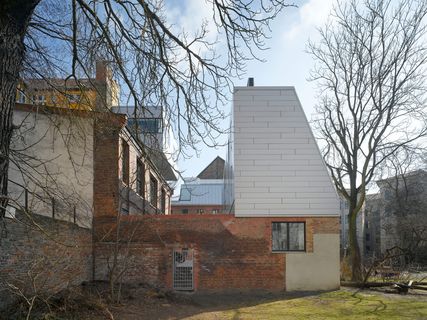 The Hamburger Hof complex presents itself today as a terrain genuinely grown and constantly re-combined by means of residential and commercial buildings over the last 200 year. On record since 1828, the front building was complemented over and over by additions on the courtyard side, establishing both small trade businesses as well as places of entertainment such as a bowling house. A bronze casting house, a coffee roastery, a brewery, locksmith and carpentry workshops, and various restaurants and bars were located here during the last two centuries, an addition to residential and small office units. The mix of crafts, culture and housing was base of the idea. In close collaboration with the alert preservation authorities a concept was developed solely removing two small sheds from the 1960ies. Generously glazed attics were sensibly added, partly resuming again the droop volume of the roofs that had been destroyed during World War II. The new building is a five-story construction abutting an existing fire wall. On the top floor it protrudes widely into the retral adjacent park, while at the corner of the neighboring brick house shifting onto the old coffee roastery in respectful distance. The historic courtyard is recast by the new layout explicitly implementing modern materials and shapes and yet retaining its vintage character.