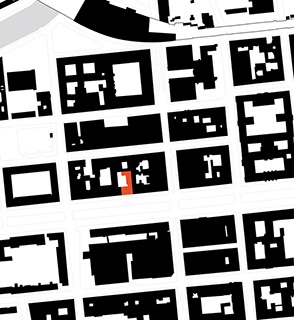 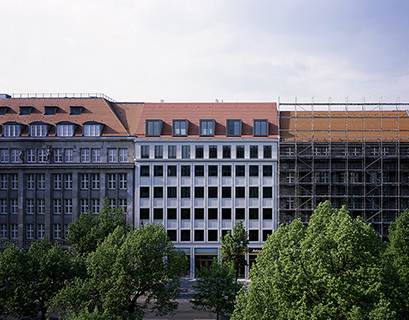 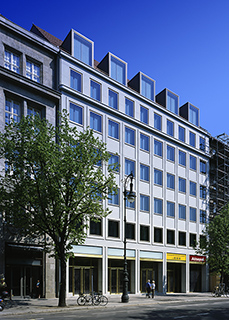 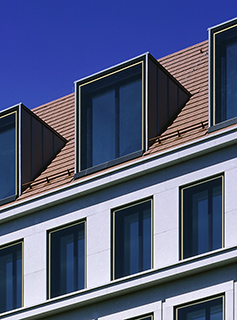 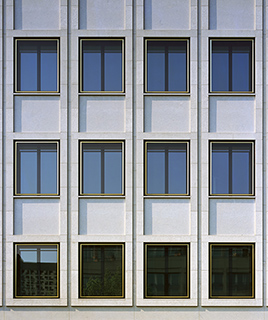 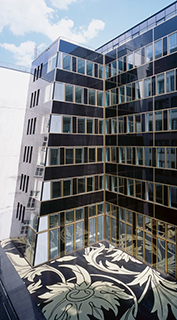 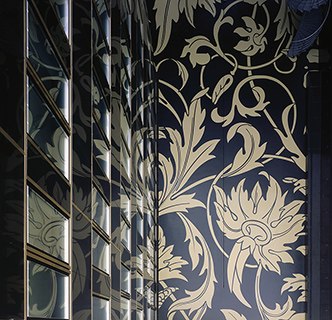 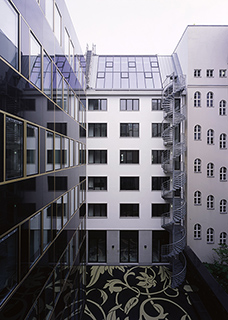 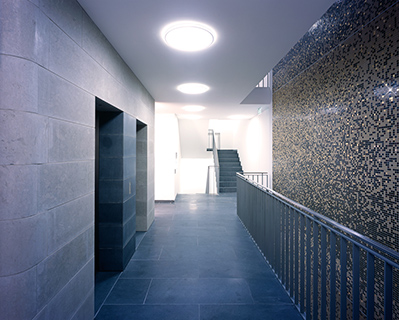 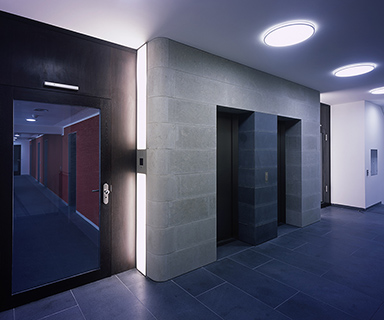 Conversion and extension of the former British embassy in East Berlin

The administrative building was erected in the years 1970/71 according to the plans of the “Mehlan Collectiveâ€. The property is part of the historically grown ensemble, a closed block structure in Dorotheenstadt. The building was last used as the East Berlin headquarters of the British Embassy. The building consists of a reinforced concrete construction with lined parapet areas and bracing shear walls. The ceilings are developed as “Ackermann ceilingsâ€, over the air-raid shelter as a solid reinforced concrete construction. The main façade had an uninsulated natural stone cladding and on the courtyard-side the faÂ¸ade was plastered. The refacing of the inventory building was carried out to meet the current requirements in accordance with the maintenance standards applicable to a listed building. The smooth, precise façade of the new building consciously distances itself from the old building, both in its materiality and in its crystalline cubature. A fully glazed “jointâ€ arises as a linking element between the building structures. On the ground floor the existing front building and the wing of the new building are entered without steps through a presentable main entrance with a main staircase that runs openly into the foyer area and two lifts. Both parts of the building are connected to each other on every floor.