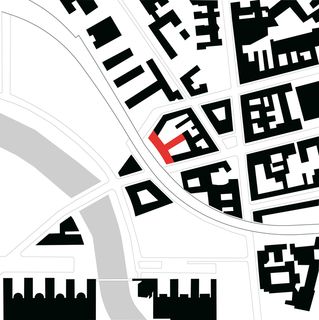 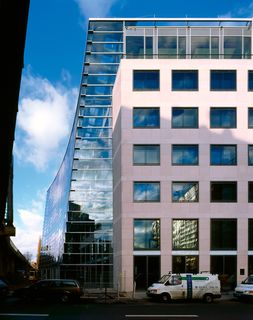 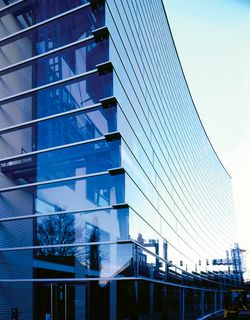 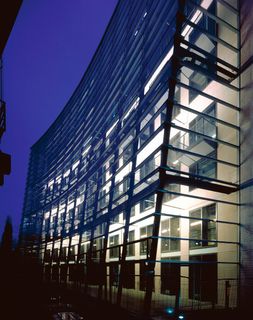 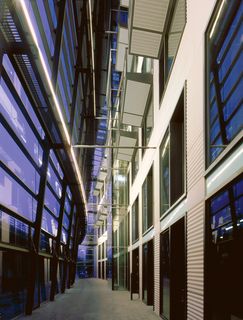 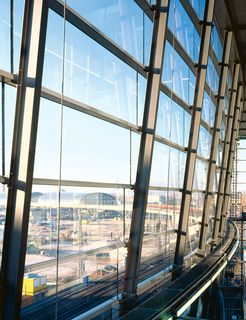 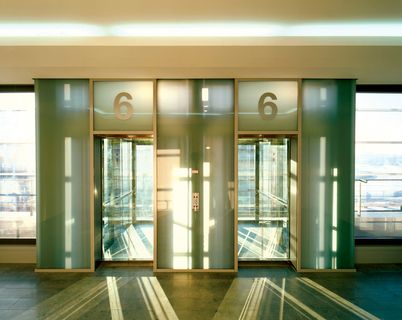 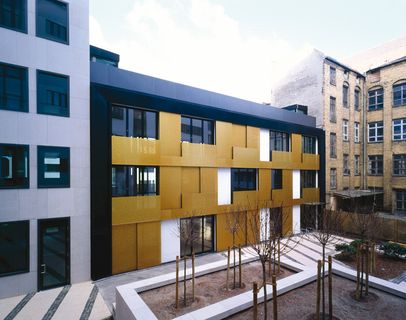 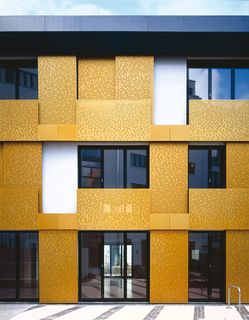 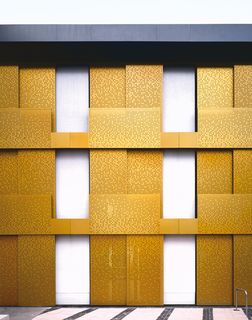 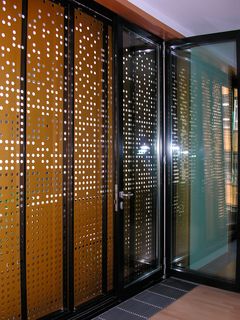 In close proximity to such prestigious buildings as the Reichstag and the Chancellery, this building complex completes a block in the north of the Friedrichstadt. Its location adjacent to a commuter railway route determined the basic architectural form: the front beams of the office building form a concave curve facing the opposing curve of the viaduct, spanning a narrow public space between building and railway. From here the noise- and heat-insulating glas façade soars some 30 m high, functioning year round as a climatic buffer zone. The three-storey loft building encased from gold-anodised aluminium sheeting is located in the inner area of the block. At the same time the lobby hall is a climatic buffer zone it absorbs noise emissions from the railway. The geometry are met by a tiered polygonal schema comprising vertical glass panels. The punctuated façade is made of coloured artificial stone. The circumferential stripes of its distinctive relief surface structure the space and disperse echoes within the lobby.
Mediating between the nearby end wall and the courtyard wing of the front wall, the loft building asserts its formal autonomy through the unusual design of its façade with distinctive materials and colour scheme. All inner spaces can be shielded from sight and light by the moving elements, or allow generous apertures.