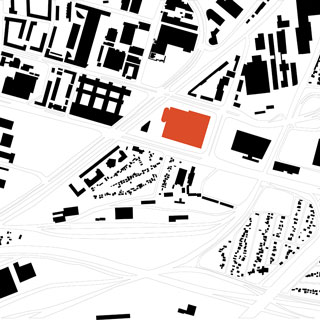 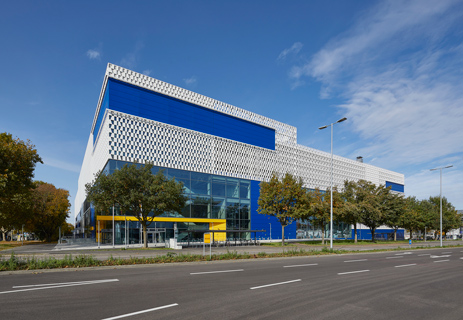 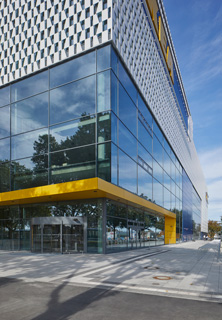 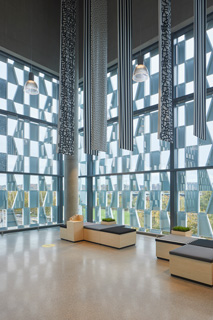 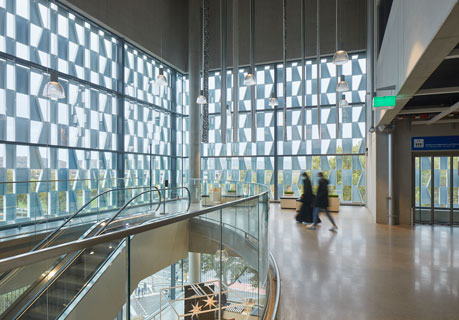 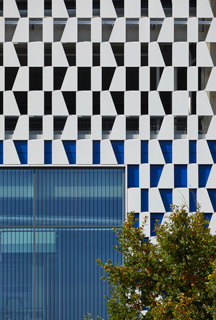 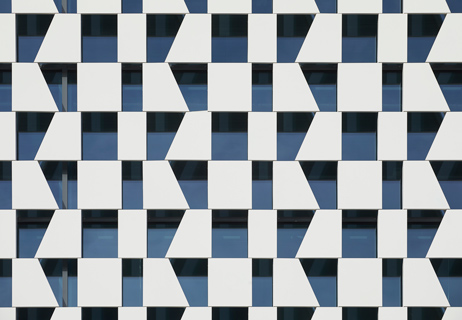 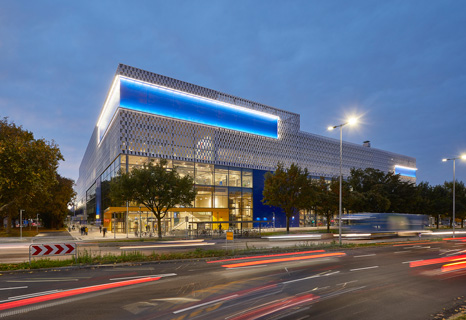 A new IKEA store including a large garage with a total area of approx. 97,000 square meters was built on a 3-hectare building plot in Karlsruhe's Oststadt.

The white façade cladding consists of U-shaped folded aluminium sheets, which were mounted as an open facing shell in a mesh structure on the ventilated cassette walls of the blue sheet façade. TCHOBAN VOSS architects deliberately work with varying transparency. Depending on the angle of view and distance and due to the depth of white sheet metal modules, façade views with different white and blue tones are presented. Affected by daytime and season, this interplay of façades can be perceived in different ways.

A calm and peaceful urban atmosphere is given by a uniform eaves hight. The main entrance at the corner of Durlacher Allee/ Am Grossmarkt is accentuated by elevation and generous glazing. The three parking levels, characterized by a white, half-open façade, merge into one designed body with the blue cube of the furniture store. The corporate identity of the company is generated by the interplay of the surrounding blue plinth band and the entrance area in typical IKEA yellow, which also sets striking accents. The design concept was awarded with the first prize in the advertised façade competition.

The project meets high sustainability criteria. The aim is to achieve BREEAM certification as "Very Good".