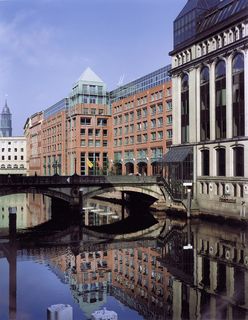 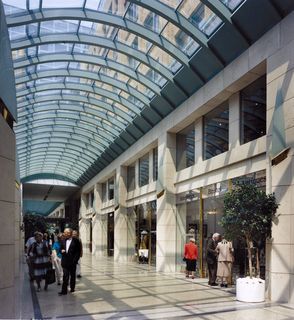 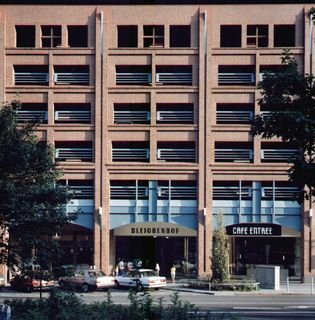 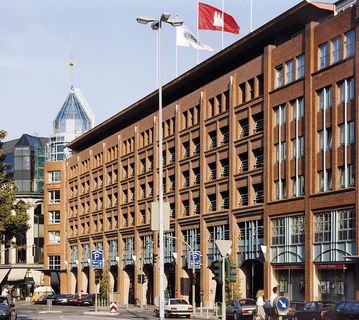 "Around the Block" | Building a New Shopping Arcade
This is an independent work which shows, when looking at the ground plan, how intensely the basic idea of renovating the city was put into practice with the new Bleichenhof. The depth of the building varies.
Therefore, in some areas there are shops on both sides of the hallway illuminated by natural light and in some areas there is only a blind wall. The wing of offices, which is located in front of the parking house at the Bleichenbrücke, restores the historical development of the street with its arcade. The waterfront is lowered and becomes an urban area of action. The longitudinal façade of the parking house is surrounded by office areas, which go off one side only. structure creates an inner courtyard and thereby completes the neighboring old building. The narrow wing of the parking house is also integrated into the continuum of the facades of the office building and is equipped with a stylized radiator grill instead of windows. This indicates the usage of the building. The depth of the block is developed by a shopping arcade illuminated by natural light. The choice of material is limited to bricks only, as is typical for the Hamburg area. The side facing the On the inner side of the block this new street is made from red bricks and the side facing the inner courtyard is made from yellow clinker stones, aligned with the material already used for the Construction Authority building.