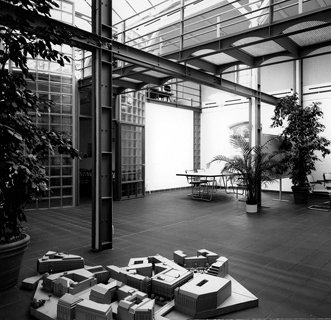 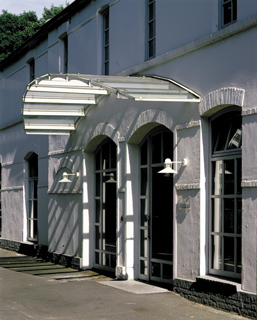 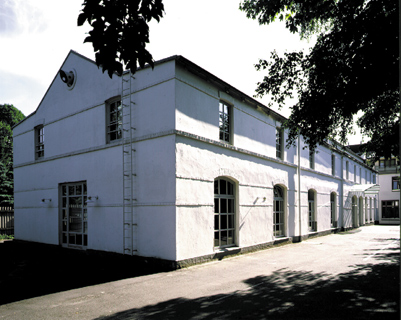 "New Pedigree" | rebuilding of a horse stable
The former horse stable, which is close to the Hamburg Stadtpark (municipal park), was changed into a studio with only a few building interventions. Two roofing areas where removed and the new hall was equipped with an overarching steel bridge. The roof was raised in order to be able to use the attic storey, which had formerly been used as the hayloft. The windows were enlarged and the entrance area was newly structured. A new quality standard for offices was created of which Gert Köhler wrote in the "Bauwelt" in 1990: "As an advertisement medium the architectural quality meets exactly the right balance between nostalgia and progressive design." This openly structured building has been intensively used over the last decade and sometimes even to the limits as far as the number of staff members is concerned. But it also proved that it is a reliable building which can be permanently used to the limits and which we still enjoy because of its historical-related distinctiveness.