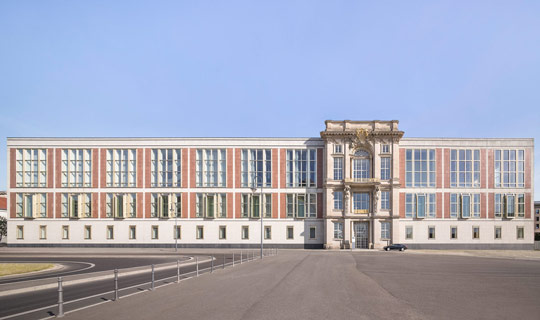 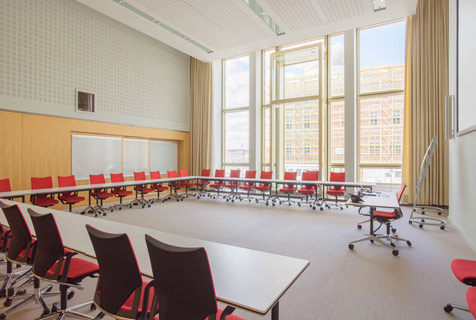 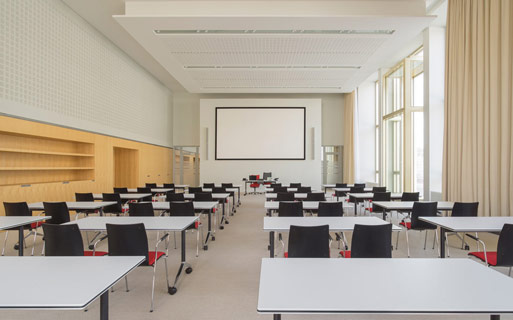 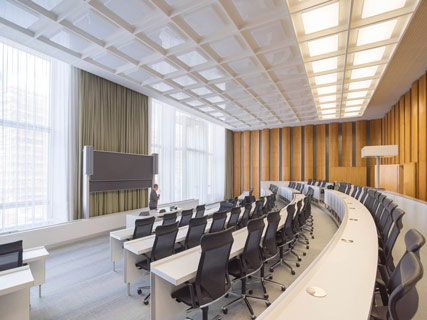 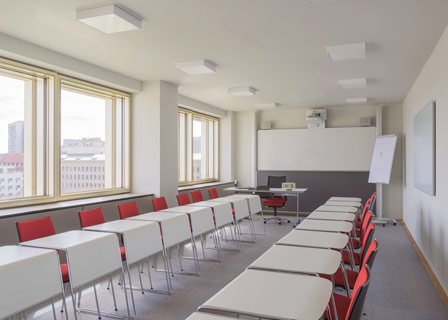 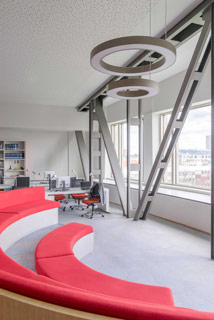 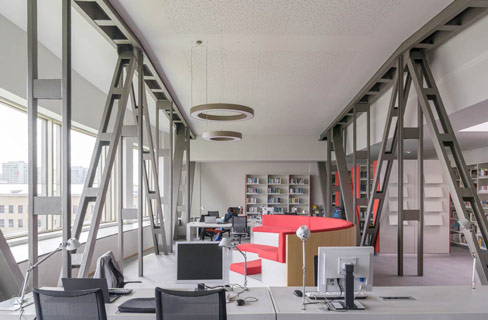 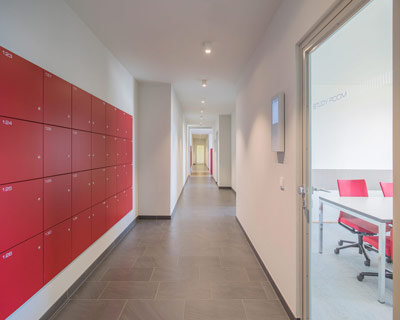 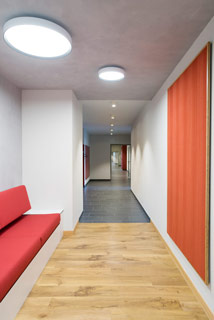 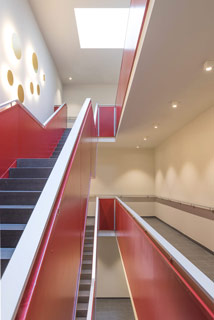 For more than ten years The European School of Management and Technology has its seat in the former State Council Building of the German Democratic Republic, constructed in 1964. The listed building was modernized in this context. In order to meet the recently growing number of students, the interior was now extended and converted in a selective and sustainable way.

The former Diplomatensaal (Diplomats' Room), used as library and divided in two equal connected areas, was re-altered for more space efficiency. The space now consists of one smaller and one bigger multipurpose halls appropriate for different activities as for instance seminars, lectures or events with standing audience. The new lightweight furniture allows easy and frequent modifications depending on the character of the event. An integrated section between the halls serves as a projection screen as well as a furniture storage, minimizing transportation efforts. The wall cladding, however, dating from earlier modernizations in 2001, remained without changes.

The third floor of the building hasn't been used at all, until now. Now the area, characterized by minimal heights and enormous distances between the cores, was refurbished to a series of little study rooms and seminar spaces. Tailoring this space to the new use, while still integrating a number of façade and interior elements from 2001, was one of the bigger challenges.

The most important change however was made at the courtyard avant-corps with the impressive glass picture by Walter Womacka. This area in the third floor served only as a vacuum chamber for the permanent ventilation of the huge art work. After the relocation of the ventilation duct, this central zone at the courtyard façade could be reused as a library. As a new communication and recreation space the new library with its large panoramic windows became the heart of the third floor. Steel trusses, which were once covered by a chunky fire protection cladding, are now additionally structuring the space.

Finally, the former Competence-Centre on the second floor was converted into a lecture hall with tiered seating. New necessary ventilation outlets were integrated elegantly into the existing joints between the slats.

Throughout the whole ESMT School red accents were set as a common theme, for example in staircases, corridors or furnishings, creating in the new and restructured spaces a particular identity.