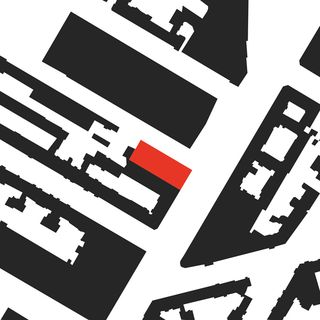 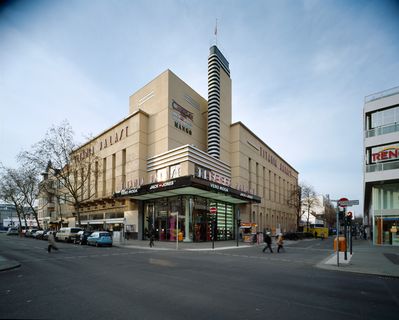 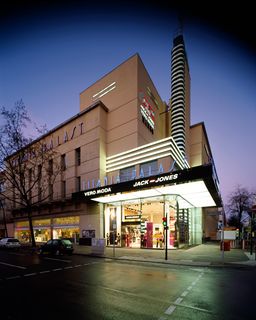 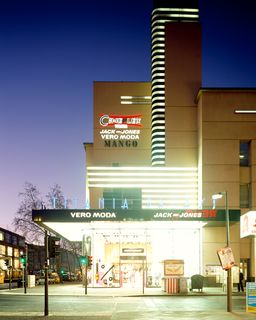 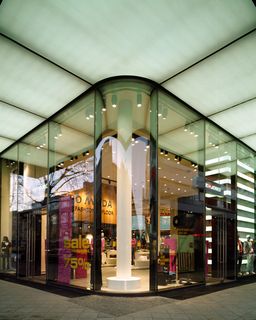 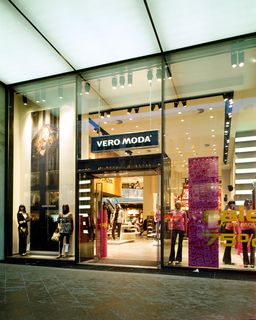 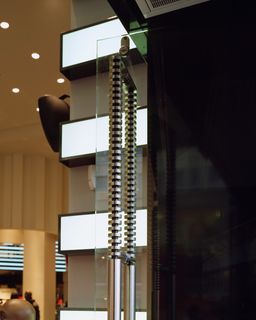 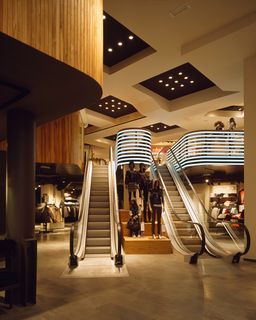 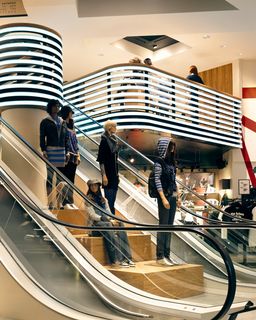 The Titania Palast building was designed by Schöftler, Schlänbach & Jacobi in 1928. Remodeling work during the 1960's significantly distorted the building's appearance. The commission for restructuring and modernizing this historical cinema complex aimed at optimizing the retail rental conditions on the ground and first floor for a new tenant. The external appearance was to be restored to the original while competing with today's usage requirements. The entrance to the main retail unit on the building's corner was extended over two storeys as a delicately shaped glass façade with large-size glazing, a rounded corner pane and a double entry system. Inside, all disruptive built-in components were removed to produce a generous new clear space behind this entrance. Two diagonally arranged escalators give access to the retail areas on the first floor. Curved facings of the balconies flank the escalators, carrying horizontal light-bands and thus alluding to the exterior façade's restored architecture of light from the 1920ies. Retail units were newly established on the ground floor, while the existing rearward cinema areas on the first and second upper floor were extended to the street front, serving as additional auditoriums. Two additional shops were located on the ground floor along the side street, constituting the second construction stage.