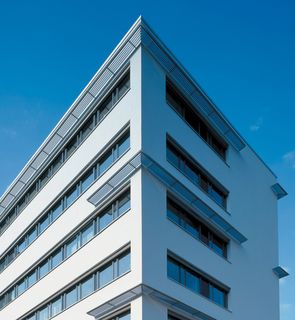 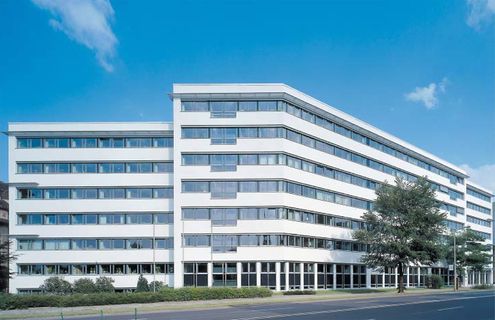 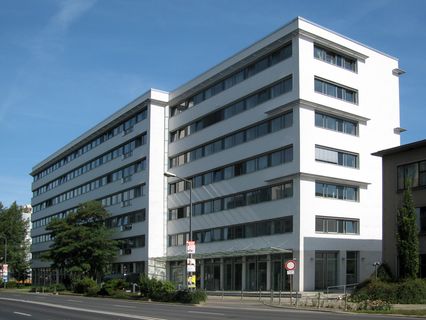 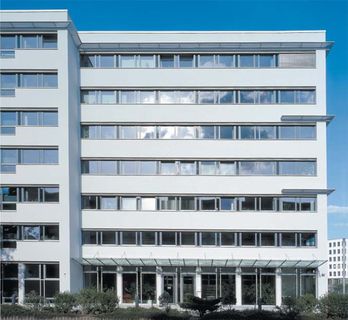 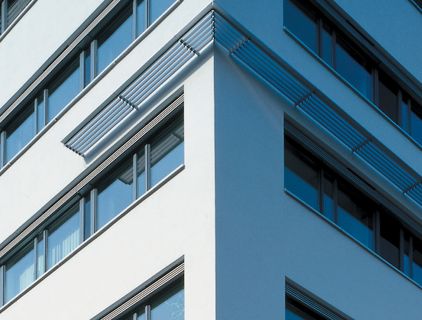 "SMS" | Facade refurbishment The building was originally planned and erected to be a classroom building of the former pedagogical college but was redesigned in 1990 - 1992 to be ministerially used. Today it is the headquarter for Saxony's Federal Ministry of Social Affairs (Sächsische Staatsministerium für Soziales). Within the scope of renovating the façade, the structure of the building was more clearly defined, as intended by the urban development. Running balustrades, surrounding sun protection brims and band windows which emphasize the large-scale form of the building on the one-hand, and on the other-hand, outlines the individual section - depending on the location of the viewer - as being distinctive elements. This was achieved by extremely economical means. The exterior venetian blinds, which are protected against the weather by being installed in the continuous skylights and are nonetheless necessary due to the health and safety regulations and this in combination with the newly applied insulations considerably improves the energy equilibrium. The white color of the plaster façade is an appropriate background for the reduced graphic appearance of the band windows section within the "massive" volume. The laconic bend of the main façade, which surprisingly changes the perspective within the course of the street, communicates on a simple basis with the material-constructive realization. It achieves, in its horizontal, a "quick" aspect of a classical modern age.