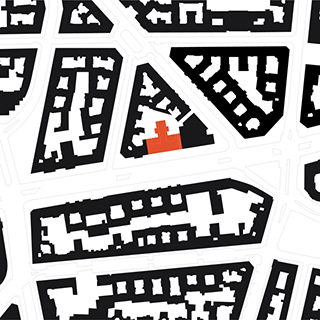 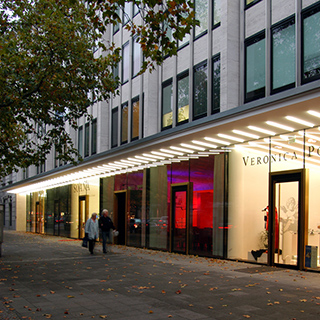 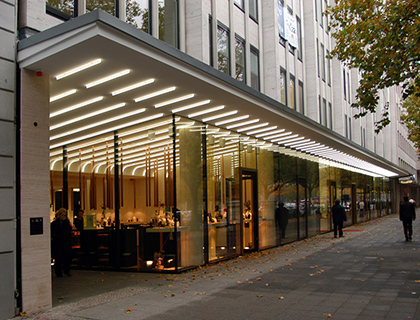 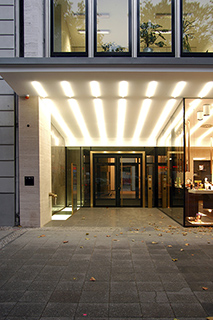 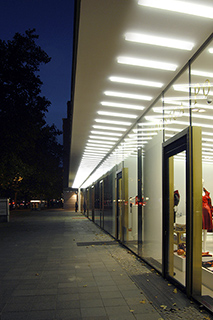 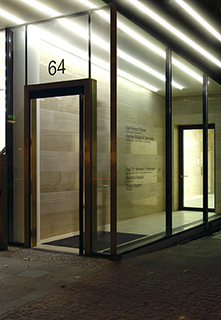 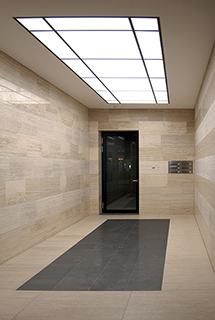 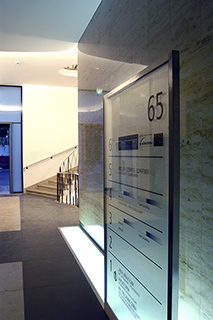 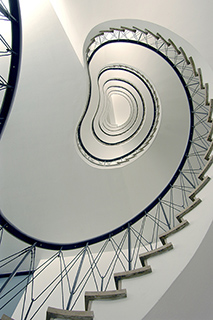 The seven-storey building was erected in 1954-55 under the name “ECO-Hausâ€ according to the plans of the Berlin architect Herbert Schiller. Structurally it is a reinforced concrete skeleton construction, clad with glued-on natural stone slabs on the street side and plastered on the courtyard side. The owner was a textiles firm that set up its production facility for ready-made products. Four shop units and a cinema were accommodated on the ground floor. The cinema hall was built according to the plans of Walter Labes on the courtyard-facing part of the T-shaped building. When the cinema was no longer used the weather-proof strolling area on the ground floor became superfluous and so instead was created a new shop window front in the external building line of the former showcases. This largely glazed show window front was designed with a minimum amount of contours, so as to on the one hand reduce the perceptibility of the glazing as a new building boundary and, on the other hand, to preserve the appearance of the neon pipes running from outside to inside as far as possible. Glass entrances to the shop units and staircases were rhythmically incorporated in the glazing level as “free-standingâ€, metal-framed portals, furnished with a high-quality polished brass surface.