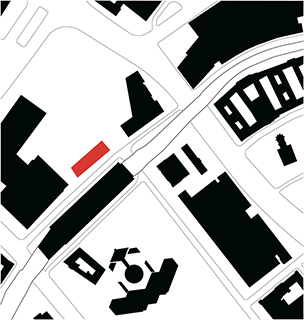 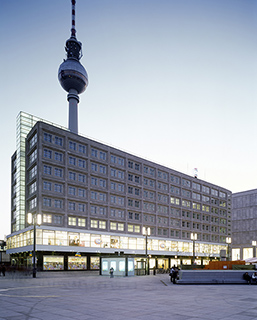 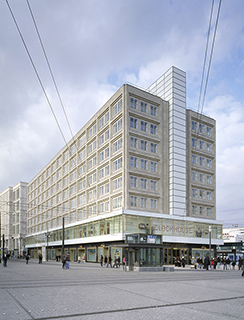 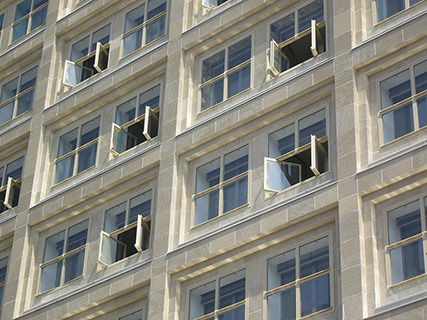 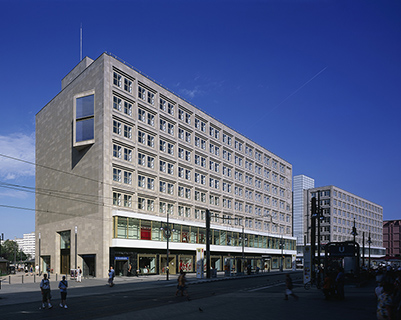 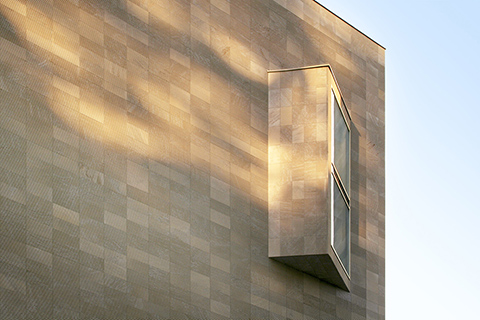 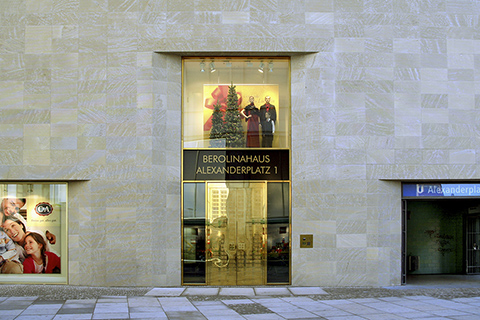 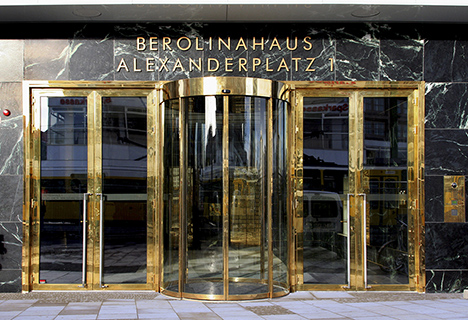 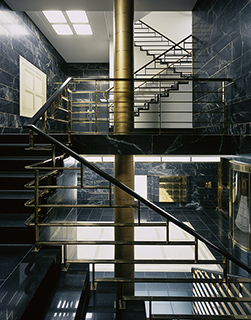 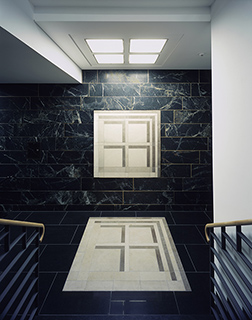 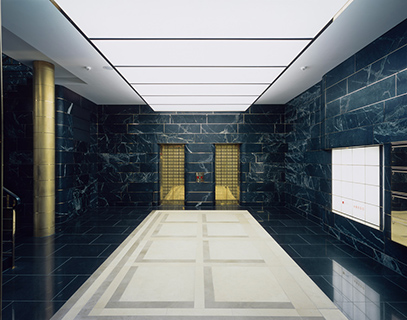 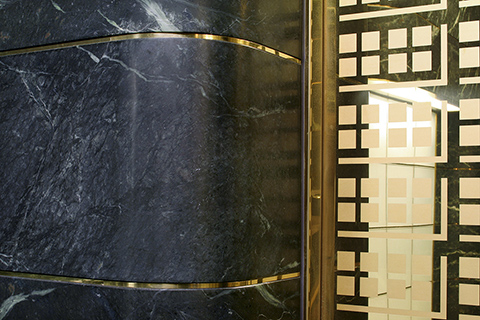 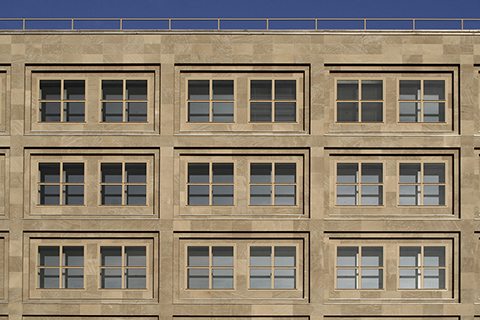 Restoration, restructuring of the entrances and lobbies, revision of parts of the structure and fire safety repairs, tenant improvements of a listed commercial building

The Berolinahaus was built in 1929-31 by Peter Behrens. After having been vacant for several years, the building has been restored in form and substance and obtained a minor addition for better accessibility of the office areas. The building's characteristic façade was restored with great care. The north-western end wall, which was originally supposed to be built as a fire wall, was given a new façade as a small addition with a character of its own in line with changes made in the town planning concept for Alexanderplatz. Characterised by various nuances, the end wall, which still retains its modern character even seventy-odd years after its creation, presents a distinct contrast in relation to the other frontages and its adjacencies. The re-design of the public interior space also reflects a new position of formal presence and a self confident yet locally anchored performance of this house, indispensable in preserving the identity of Alexanderplatz. Parts of the original core of the building were cautiously removed, as the structure is a listed monument. The interior space was adapted to the requirements of modern retail and the column grid pattern reduced and integrated into the shell. On the upper floors the structure was left unchanged.