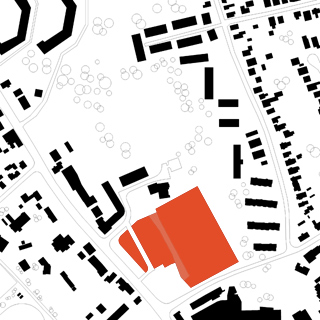 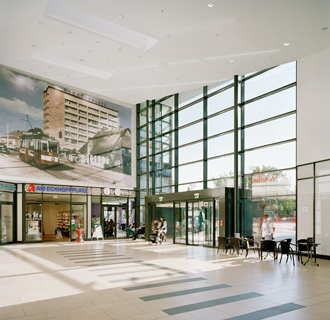 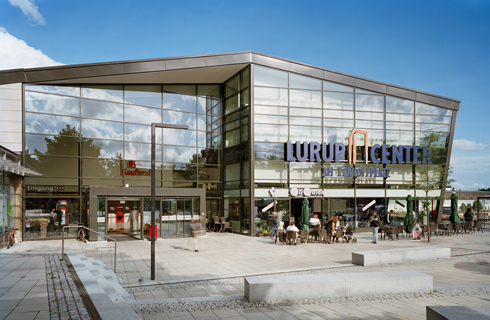 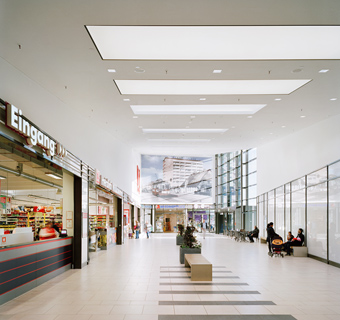 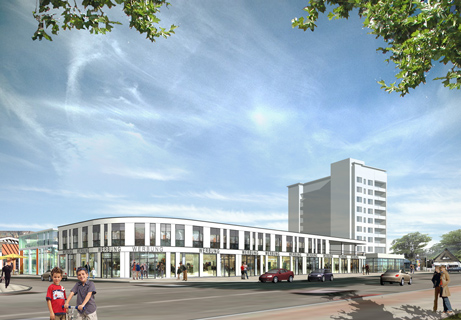 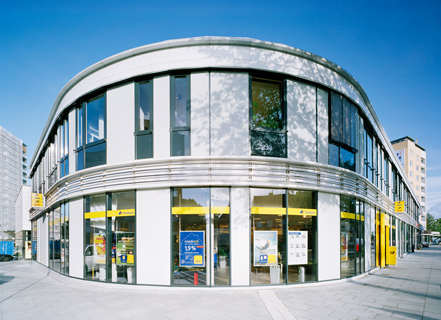 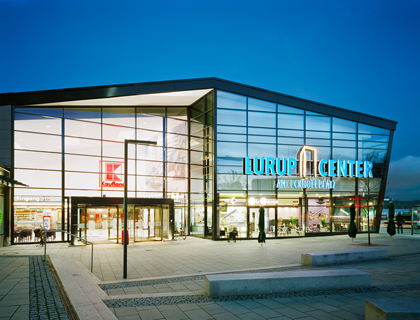 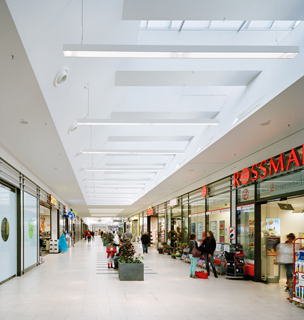 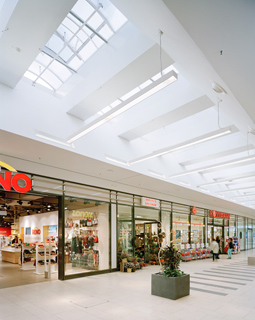 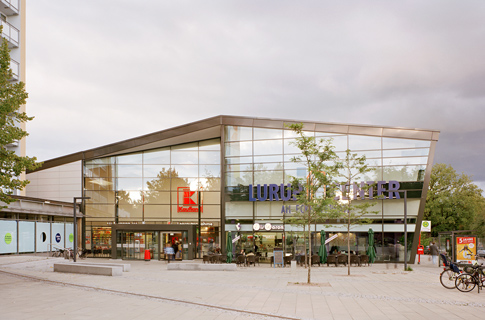 "New building of a shopping mall"
The construction of a one-story shopping mall with an open car park on the first floor is planned near the residential area around Luruper Hauptstrasse, Lüttkamp and Eckhoffplatz. A two-story office and commercial building will be built in the first phase of construction on Luruper Hauptstrasse as an addition to the shopping mall and will be connected to the Center via an access road.
A social and welfare station (Diakonie), which is currently in one of the redundant buildings, will move into this building The shopping mall will be divided into a self-service commercial space and retail spaces of varying sizes, all of which are accessible within a generously dimensioned internal mall. The main entrance for pedestrians is via the forecourt near the corner of Luruper Hauptstrasse / Lüttkamp. The second entrance to the mall is towards the market square Eckhoffplatz. The Center is planned to be built using steel-reinforced concrete with colourful, large-format facade slabs. At the main entrance, steel-glass facades open up the view into the mall and the adjacent shops. The car park on the upper floor will be constructed with a 2.50 m high facade which is partly open. From the mall, escalators and a lift will lead to the open car park on the upper floor. In the immediate vicinity of the market square entrance, access outside of the Center's opening times to the car park via a staircase and lift is planned.