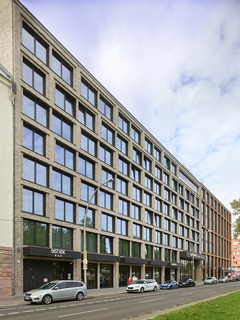 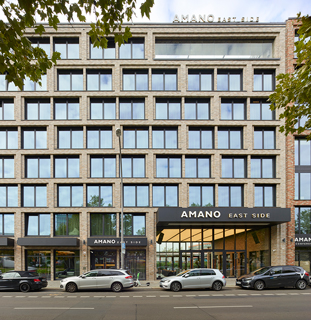 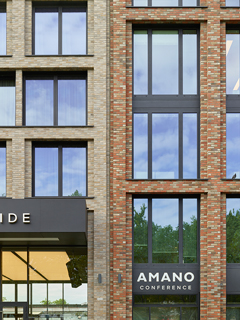 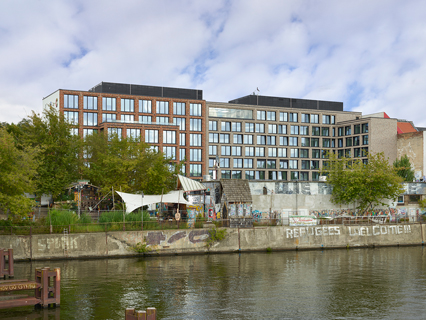 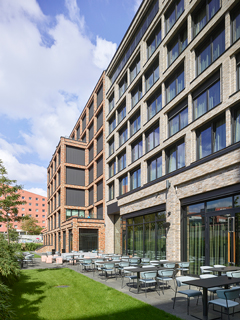 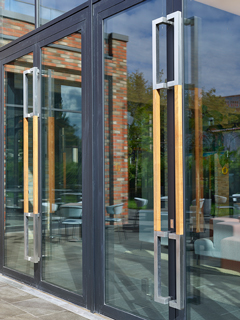 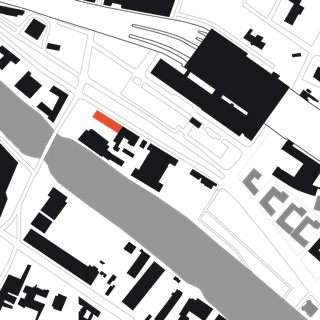 Stralauer Platz is a city square in the Berlin district of Friedrichshain-Kreuzberg between the Ostbahnhof and the north bank of the River Spree. Laid out in the 18th century in the direction of the Stralau peninsula, it received its current name in 1823. The 2348 sqm plot contained a disused office building, which has since been demolished. In 1936 a six-storey structure was added to the west of the Kontorhaus as an administrative building for Gasag. During the GDR era, this served as a vocational school for VEB Energiekombinat Berlin.

The new development is a two-part complex consisting of an eight-storey hotel in the eastern part and a seven-storey office building in the western; there is a shared two-storey underground car park. At the point where the hotel abuts the office building, the complex is interrupted by a two-storey, approximately 12-metre-wide ‘window on the Spree‘, which serves as a visual connection with and public access to the River Spree.