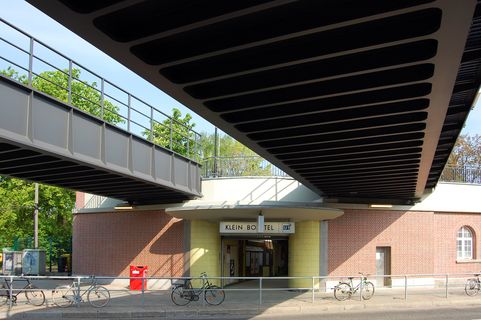 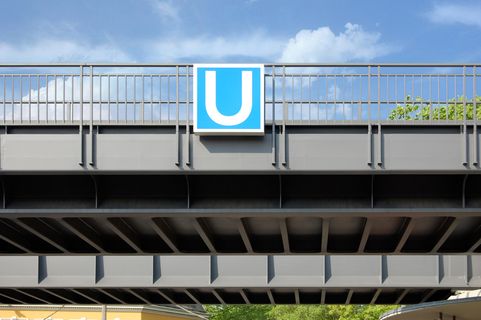 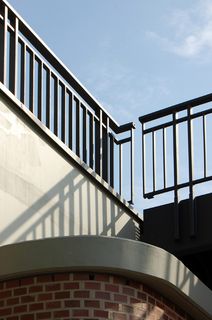 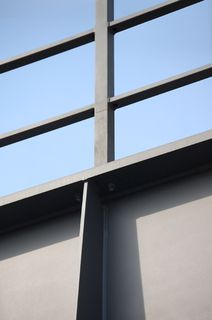 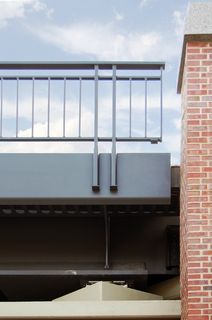 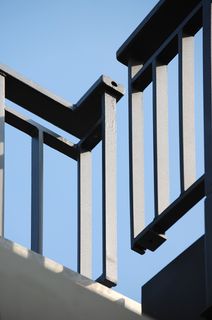 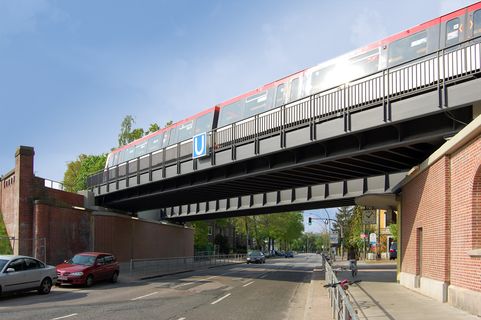 "Significant Modernization"
The new replacement for the subway underpass of Wellingsbütteler Landstrasse at the "Klein-Borstel" stop of subway line 1 of Hamburger Hochbahn AG is another building block of the cautious modernization of the steel bridge structures of the beginning of the 20th century. In dialogue with the preservation of historical edifices, the welded open-box girder interprets the former riveted constructions with their graceful elements for both superstructures. As single-span girders, the bridge girders rest on abutments that have a granite base and are covered with brickwork. The supporting structure of the bridge of reinforced concrete is a contemporary supplement to the upper closure of the wall zones. Differently designed steel rails follow the historical flow to crown the bridge girders as a fitting conclusion. The familiar view of Hamburg`s elevated railway bridges is continued in its tradition of contributing to the cityscape in a contemporary, technically modern way, with sophisticated architectural details and due consideration given to historical references.