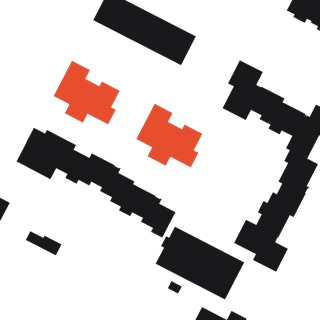 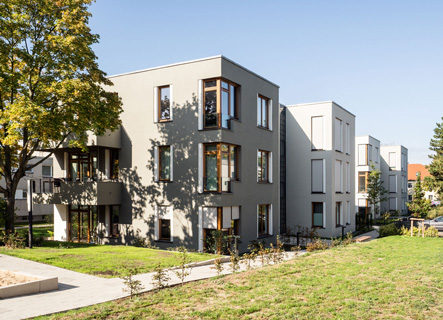 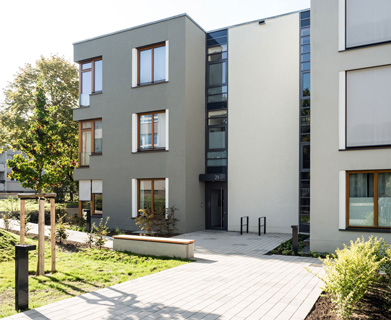 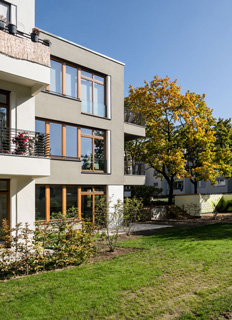 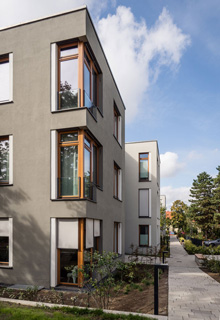 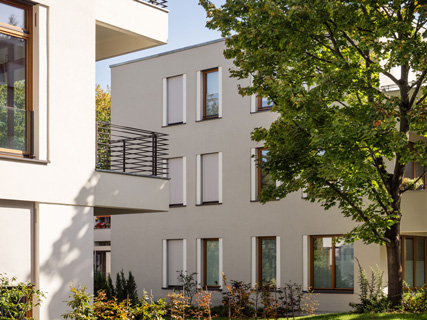 In Berlin Marienfelde, administrative district Tempelhof-Schöneberg, two similar three-storey residential buildings were built on the property Marienfelder Allee / Kaiserallee / Greulichstraße. They are arranged next to each other in an open construction method.

On the site there is an ensemble of two to five-storey apartment buildings from the early 1970s as well as a one-storey parcel post office that is no longer in use. The demolition of these buildings opened up the possibility of redevelopment. The new residential buildings are arranged one behind the other in a longitudinal arrangement and their narrow sides are oriented towards Marienfelder Allee.

The buildings were constructed in reinforced concrete cross-wall construction and have a plaster facade as a thermal insulation composite system. Each of the buildings has six three-room and three two-room apartments, each with a balcony or terrace. The living rooms are oriented to the southwest. The barrier-free apartments are located on the ground floor of each house. The roofs are designed as extensively greened flat roofs.

The structuring of the cubic buildings by the twofold displacement of one third of the building against the other is formative. In addition, the three building compartments, each displaced against the other, are provided with different colours.

The structuring creates a geometric reference to the surrounding and generally allows the apartments to be illuminated from at least three sides.

The buildings are accessed from Kaiserallee. An access road for house 1 starting from the existing Kaiserallee property led to Marienfelder Allee.