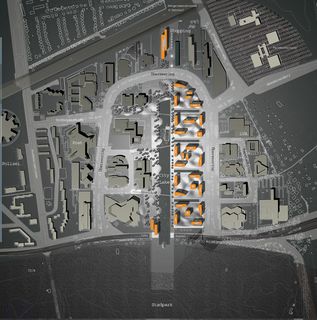 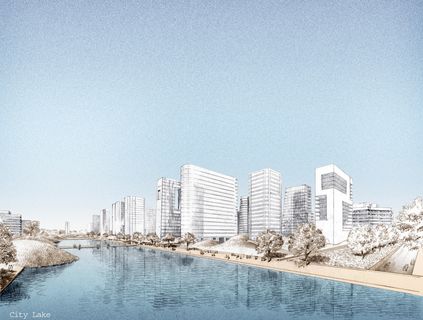 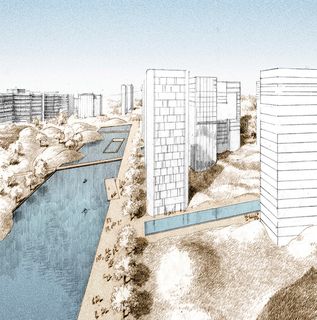 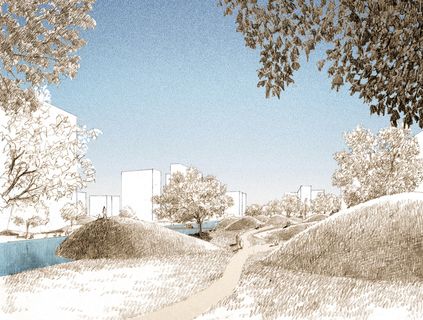 "Am City Lake“ | Urban Developmental Competition, Purchase, 2001
The main idea of the draft version was characterized by the intention to connect the "Stadtpark" with the City Nord in a way which might be image-forming for the area. Hereby, the constructors of the draft version were geared to the large-sized and concise, formal-axial structure of the municipal park. The presently existing design of the open spaces which are aligned with the happy-go-lucky life-style of the fifties has not been very successful in modern life and this was actually the reason to arrange this competition. Today, the central park facilities and the central zone are the least attractive areas with the main drawbacks in the region. For this reason, they also present a chance to tap the full potential for a reinvigoration. The goal of the concept is to create a new image of the City Nord through major changes of the open, public spaces. Therefore, these measures are supposed to be financed by an allocation of new land for building which means that the proceeds coming from the sales of the city's blocks of land are committed to the City Nord.