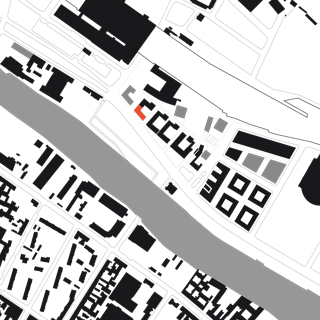 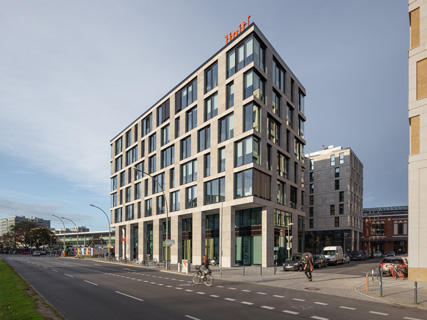 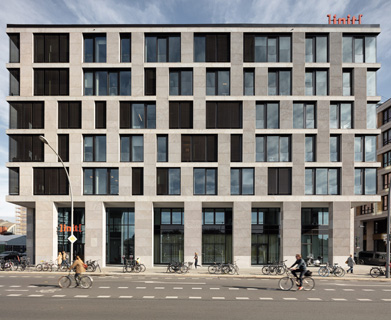 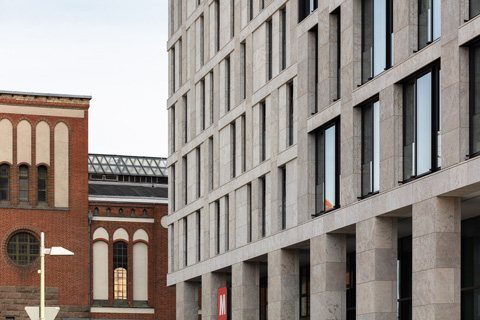 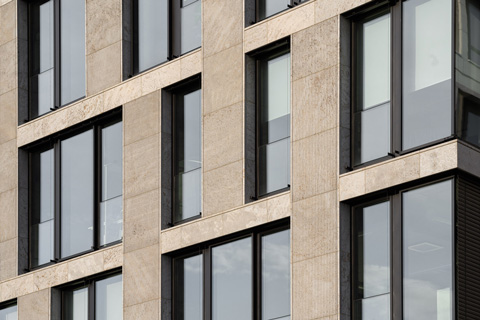 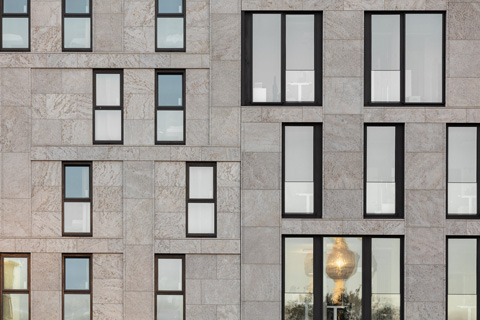 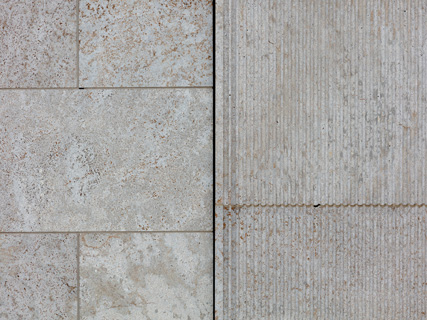 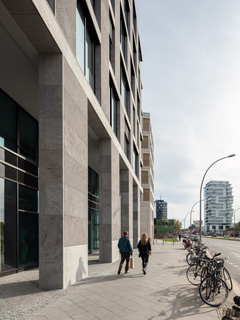 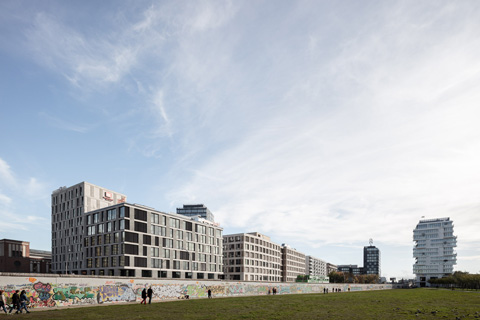 The new seven-storey office building ‘Spreeoffice' completes a construction site in the rapidly developing office and business location around Berlin's Ostbahnhof railway station in the district Friedrichshain. The property is part of the site at the historic Postbahnhof and located in the immediate vicinity of the East Side Gallery, the longest remaining section of the Berlin Wall, not far from the Mercedes-Benz Arena which was newly opened in 2008. Together with a recently completed hotel building, the office building forms an architectural unit in cubature and materiality.

As in the neighbouring hotel, the natural stone facade of the office building consists of smooth stone surfaces of polished, partially fluted Kohlplatter Muschelkalk and is divided into two sections: A two-storey base area from the ground floor to the first floor and the façade of the other storeys above. The office building façade also takes up the façade structure of the hotel; the basic grid of overlapping pilasters and cornices has been continued. While the hotel façade is characterised by a large proportion of natural stone with relatively narrow windows due to the desired privacy of the hotel rooms, large floor-to-ceiling windows were designed for the office building. This transparent façade provides a light-flooded working environment in the offices as well as a panoramic view of the Spree.

The arcade area consists of a two-storey aluminium-glass façade, which is also identical to that of the hotel. In front of the glass façade, the two-storey colonnade is continued along the street sides with natural stone pillars. From the colonnade on Mühlenstraße, the reception lobby is accessed.

The building is constructed for use by a single tenant as well as by several individual tenants. The office spaces offer maximum flexibility in room arrangement allowing the possibility for both classic cellular and open-plan offices.

In the basement is an underground car park with 11 parking spaces for cars, 44 bicycle parking spaces and seven double loading columns for electric vehicles.