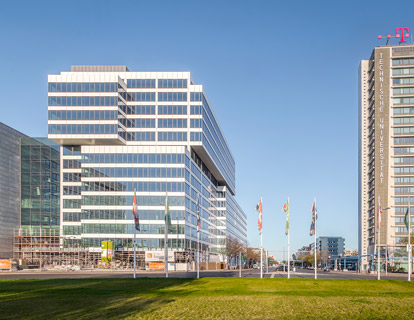 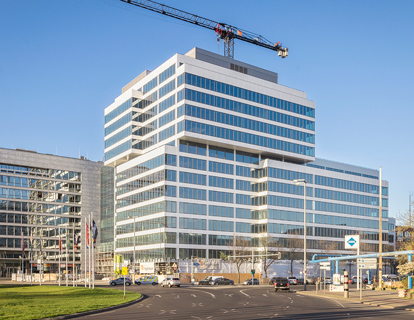 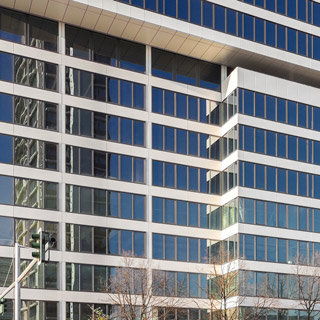 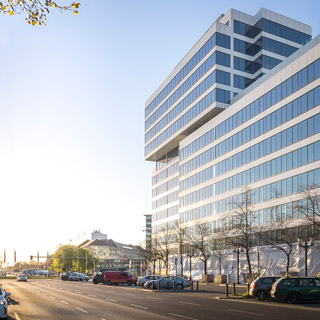 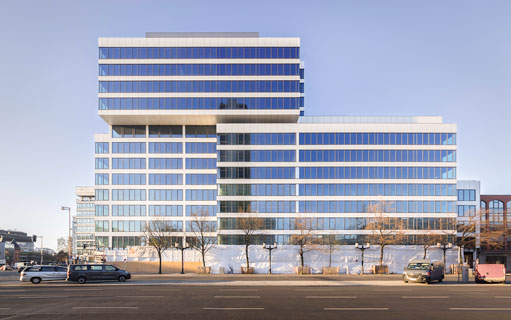 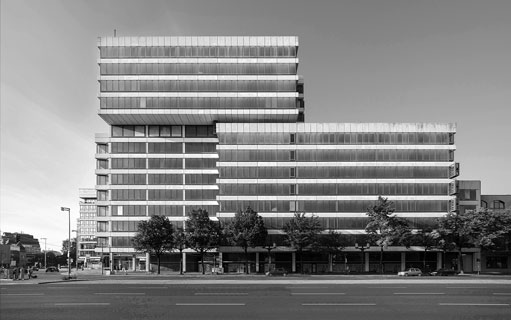 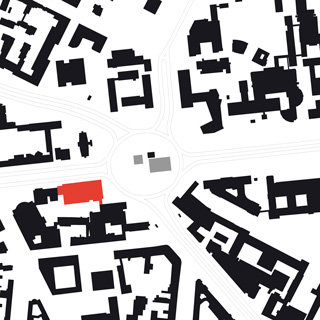 The high-rise office building at Ernst-Reuter-Platz 6 in Berlin-Charlottenburg was built between 1973 and 1974 to a design by the architect Bernhard Binder as a new steel skeleton building for the main post office. Together with the other buildings on Ernst-Reuter-Platz, which is a busy traffic junction, this sculptural, cubic building is part of a listed urban ensemble that is important for Berlin's cityscape; it is not, however, itself classified as a listed building. This meant that it could theoretically have been entirely remodelled. The architects, however, made a conscious decision to preserve the architectural language of the 1970s which is so important for Berlin, especially at this location.

As part of the measures, a complete structural and technical gutting of the existing building took place, as well as a thorough remediation of the contaminated façade and the deconstruction of the two-storey extension in the courtyard. The building was extended by one storey, taking advantage of the planning law and structural possibilities. The roof terraces resulting from the cubic staggering of the building structure will be made accessible as usable outdoor space in the future and will also serve as rainwater retention, partly with intensive greenery.

Due to the contamination, the façade had to be completely replaced. The new design closely follows the design of the existing building. In the future, the building's structure will continue to be primarily characterised by the cubic, nested projections, and secondarily by minimally raised window bands in dark colours, alternating with flat parapet bands.

After the revitalisation, the building will meet the requirements of future users with structurally and technically innovative rental spaces, especially with regard to accessibility, building biology and sound insulation.

However, not only structural but also design sustainability was central for the architects. The building can now, precisely and clearly elaborated, once again take on its important urban role in the overall ensemble of Ernst-Reuter-Platz. Together with the former Telefunken high-rise on the opposite to the north, the building forms the prelude to Bismarckstrasse leading westwards.