Living in the Tiergartenviertel
Wolfsburg | 2014 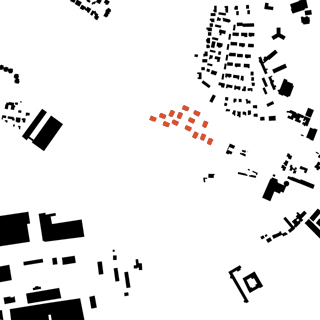 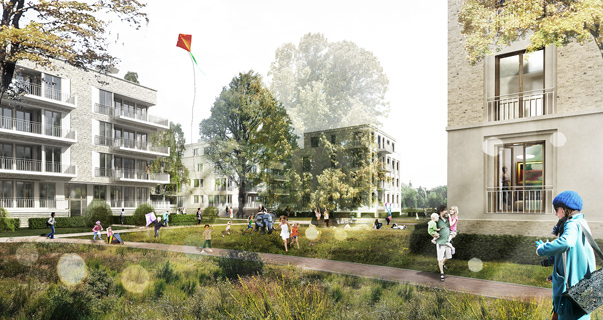 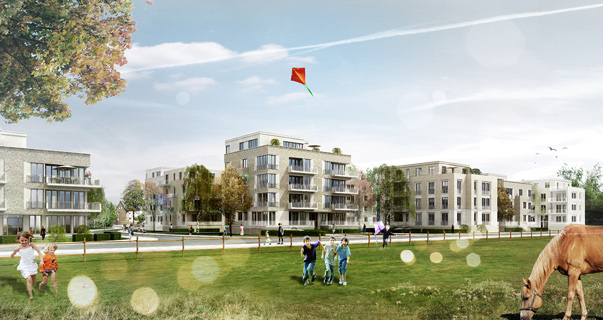 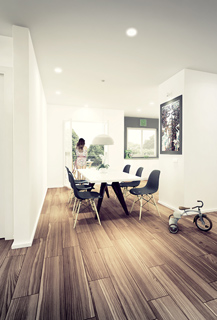 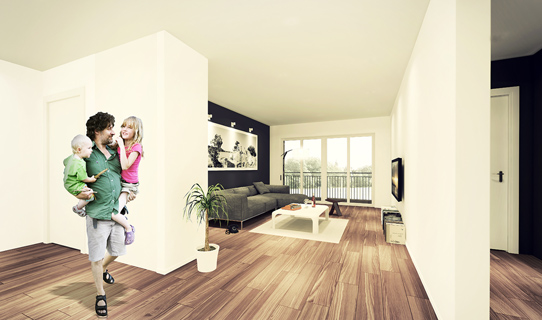 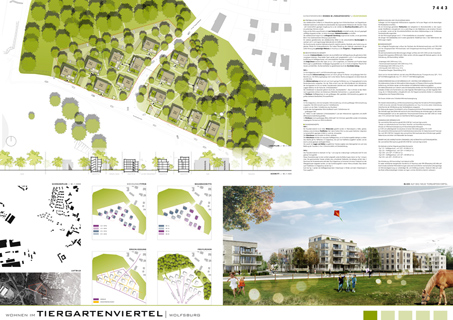 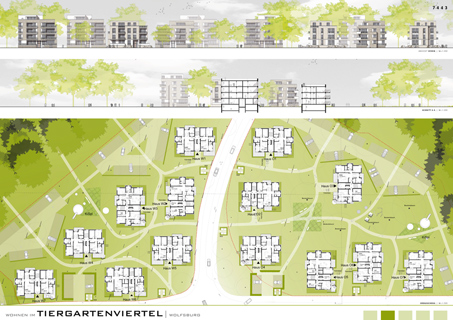 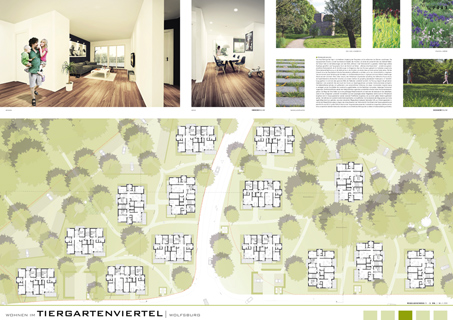 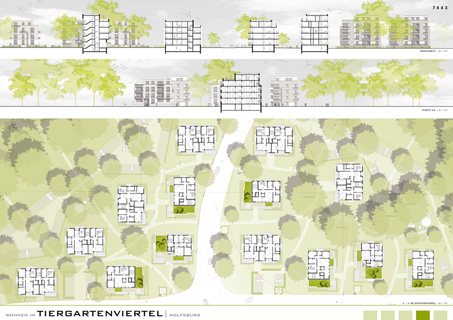 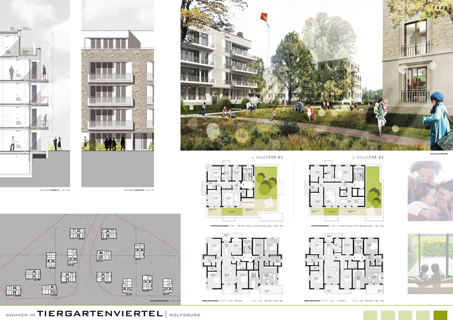 Living in Wolfsburg | Competition in 2014
The urban environment is mainly characterised by both detached and semi-detached houses. In addition, the bordering wooded zones determine the location on both parts of the site. This very scenic environment led to the central concept of the detached house ensemble, which enables a park-like living environment. On account of the building requirements, two building modules have been developed which have also been implemented in various ways in mirror image, in order to avoid creating a stereotypical building ensemble. The urban footprint has been allocated orthogonally to depict an organized overall image in the urban presence. The difference in the number of storeys is another design and urban method. Three and four storey buildings alternate with one another (all with staggered storey). The arrangement of the individual buildings corresponds to separation distances which are as similar to each other as possible in order to form identical spaces for playgrounds. The relaxed placing of the buildings emphasizes the intended effect of scenic living connected to the zoo (Tiergartenviertel – the zoo district). A light-coloured brick has been selected for the façade, which interplays with the light, smooth, partly undercut rendered surfaces. The earthen colour tone creates good colour integration into the scenic environment throughout the seasons.