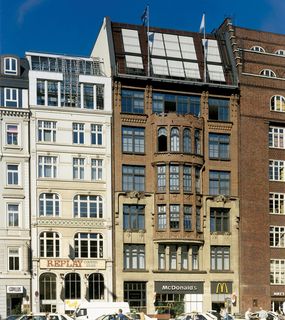 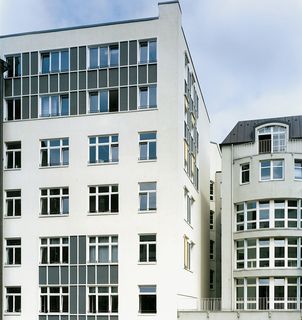 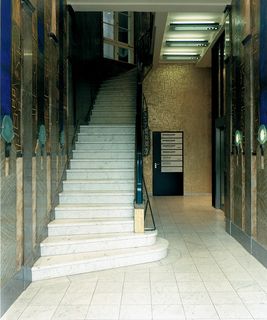 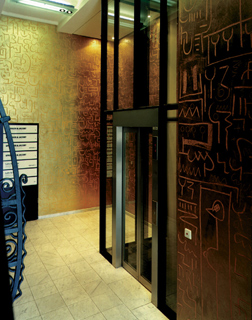 "Renovating up to the Roof" | Modification of Attic Storeys
The old building substance was considerably altered during the renovation of both attic storeys which were equipped with a studio-like glass façade. The proportions of the new part of the building is clearly aligned with the old one, however, the abstraction of the apparently unstructured and flush surfaces indicates that the building was renovated at a different time. The old construction is already reduced to its elements and thereby meets this configuration. It is, quasi, prepared for a vertical layering. We planned similar construction works for the neighboring house on the left seven years earlier, as it can be seen on the picture. However it was intended to achieve a different appearance of the building. The building is "quoted" by reviving its uniformly rastered plinth storey above its strangely asymmetrically staggered storeys.