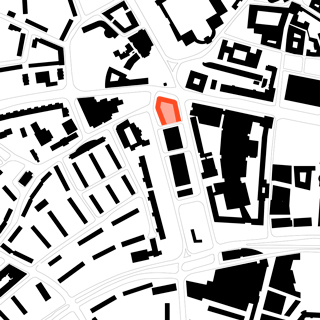 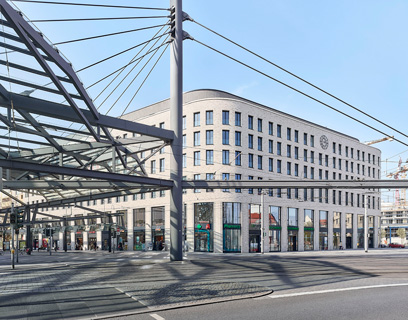 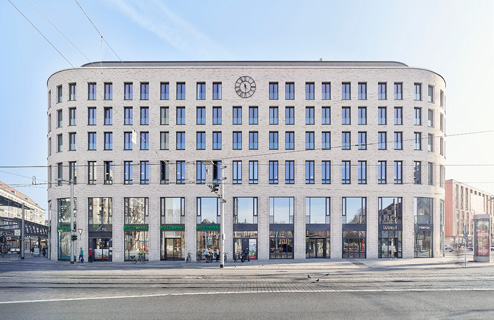 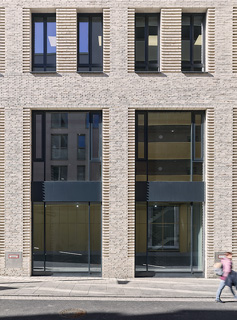 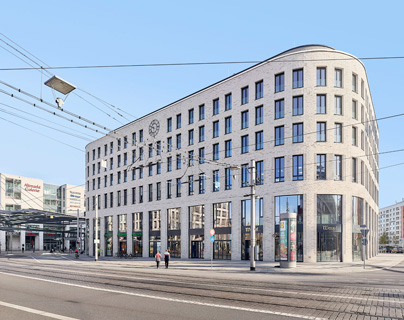 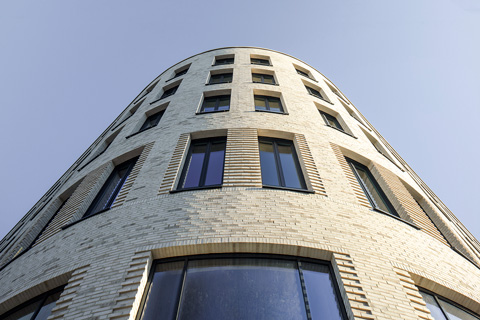 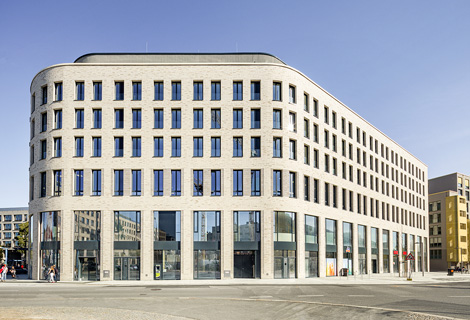 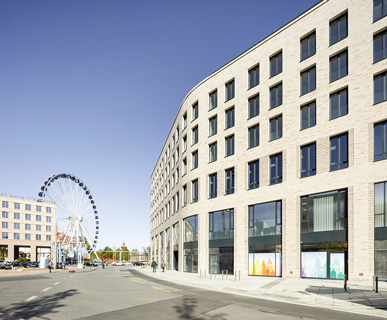 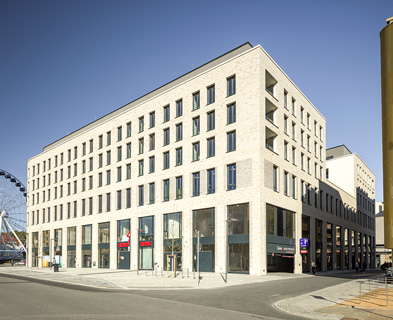 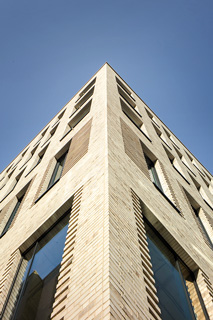 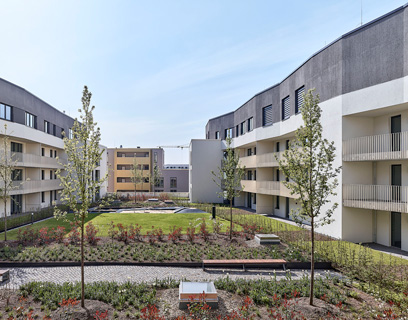 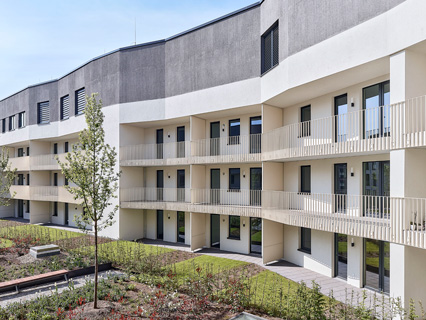 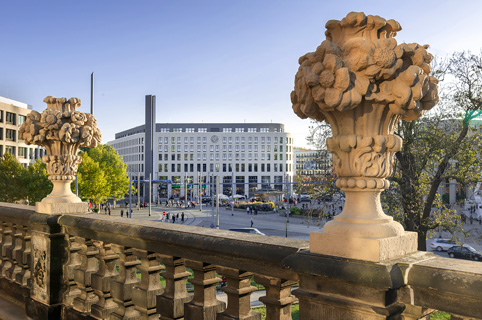 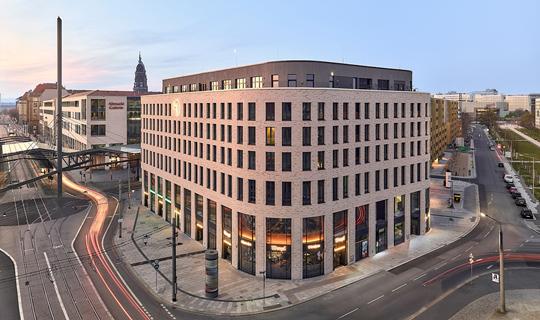 In the city centre of Dresden, directly opposite the historic Zwinger, a new six-storey solitary building with an additional staggered storey and two basement storeys was erected on Postplatz. .

The square is considered a central traffic junction and the hub of urban life in the Saxon capital. It was named after the post office and telephone exchange office built here by city planning director Albert Geutebrueck in the first half of the 19th century. In place of the post office building, which was destroyed in the 1940s, the office, residential and commercial building Haus Postplatz now opens a new chapter in Dresden's city history. But not without reference to history and the genius loci: The central axis of the new building is crowned by a clock in the direction of Postplatz, as it was in Wilhelminian times. .

The block-like, pronounced perimeter development encloses a green inner courtyard, which is located above the roof area of the first floor. The project has a total of around 18,250 sqm of rental space (approx. 30,320 sqm GFA in total) and around 150 car parking spaces in the two-storey underground garage. .

The mix of uses provides for commercial space on the ground and first floors and offices and a fitness centre on the second floor. Rental flats were built on the third to fifth floors. .

Penthouse apartments with a unique view of the Zwinger are located on the top floor. All sides facing the streets and the southern courtyard entrance were clad with a thermally insulated clinker facade. The choice here was for lively and handcrafted charcoal-fired clinker bricks with a water-struck surface. By means of indented rows of bricks in the reveal position, the façade is given a restrained ornamentation, a slight plasticity and depth, which, depending on the time of day, are intensified by the play of light and shadow that occurs. The rounded corners of the building on Postplatz and in the middle of Marienstrasse allow the building to blend softly into the streets. .

The ground floor and first floor are visually united by two-storey window elements made of aluminium profiles (with advertising panels in the ceiling area) to form a raised storey. Above this, a four-storey perforated façade with paired windows extends. .

Public access is provided from the surrounding streets. A total of eight staircases are available. Access to the underground car park is via a ramp on Antonsplatz Street.