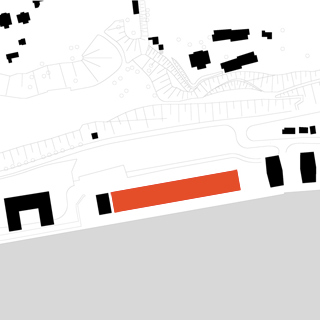 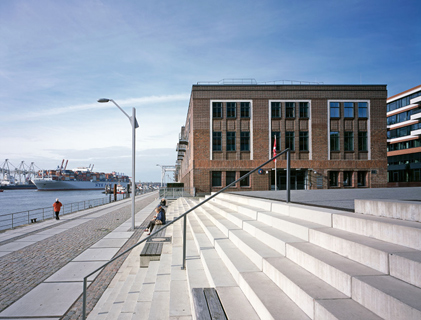 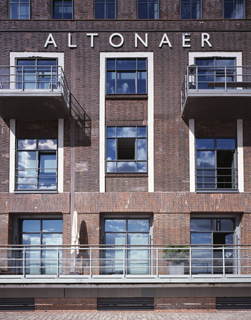 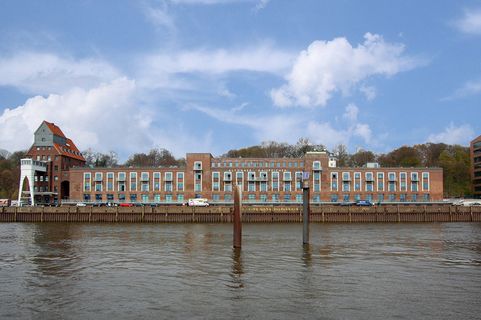 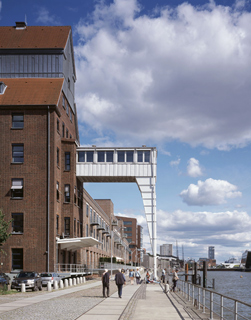 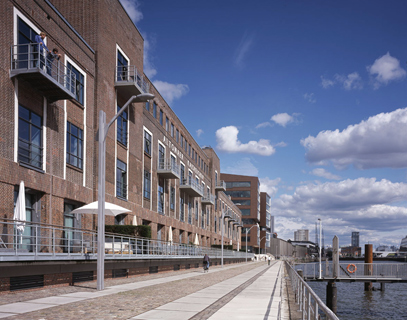 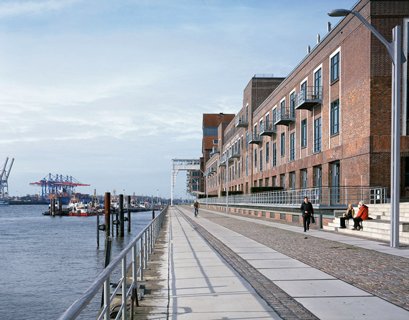 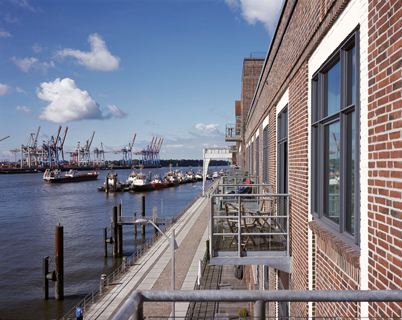 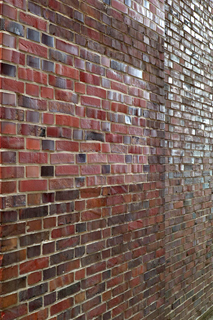 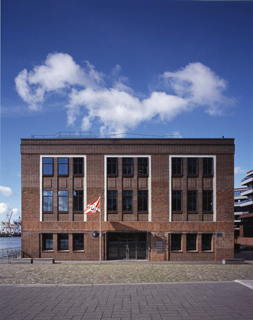 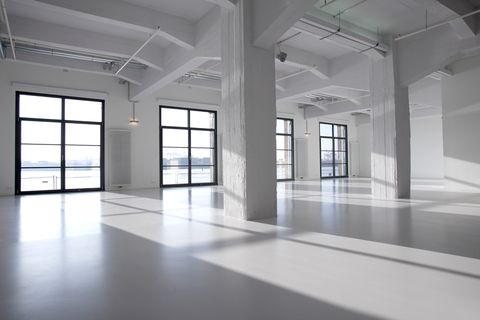 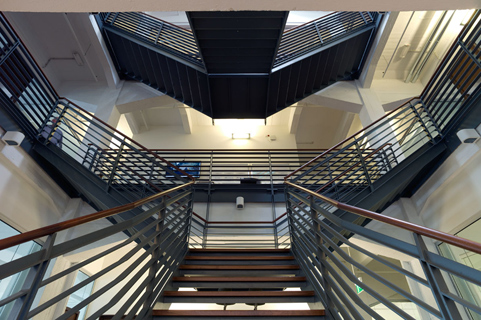 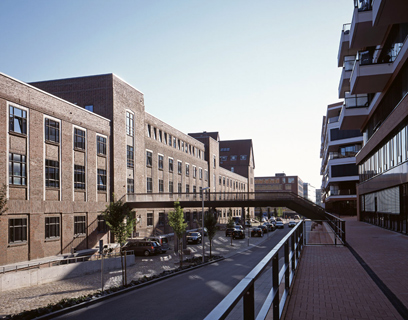 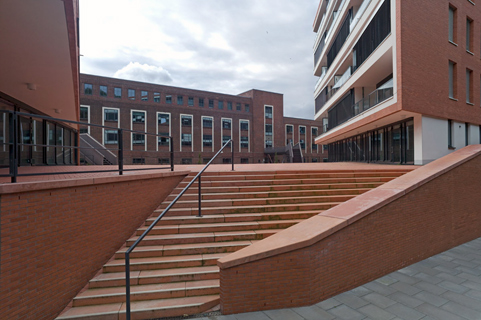 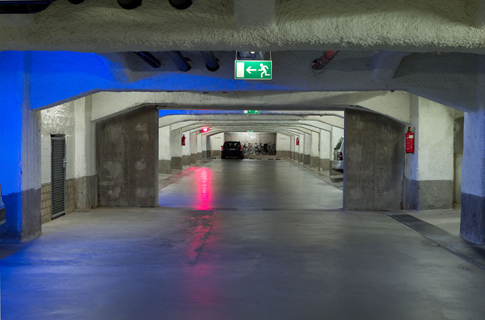 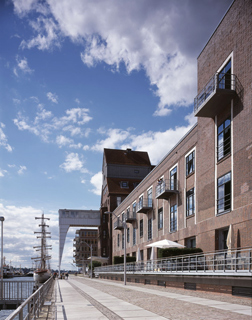 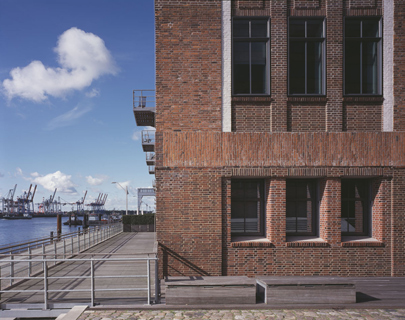 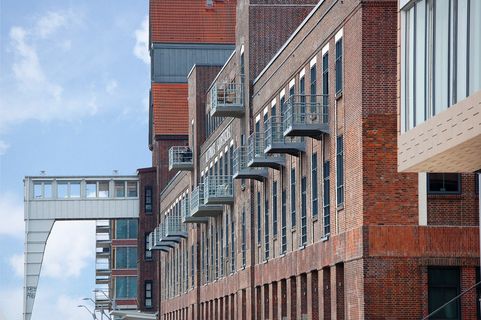 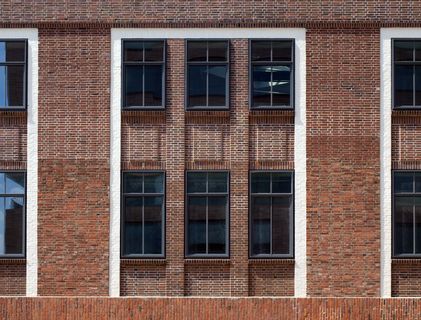 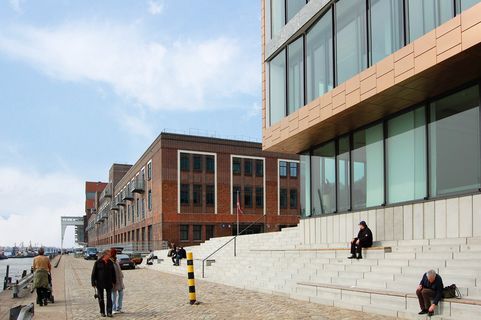 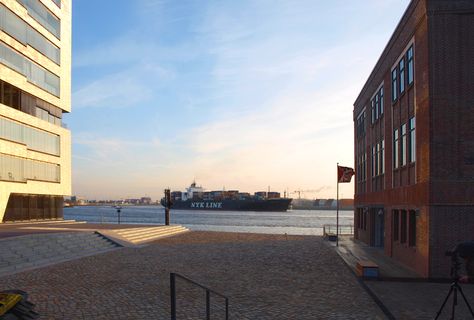 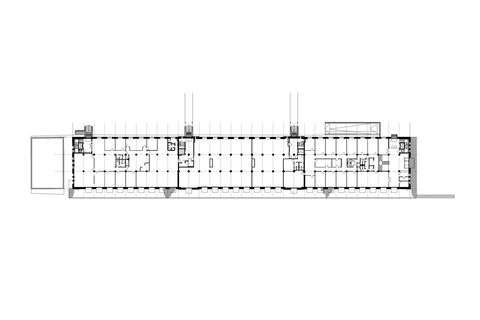 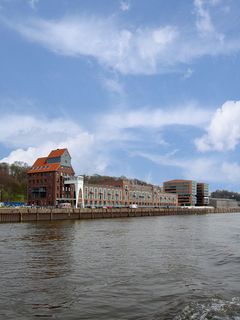 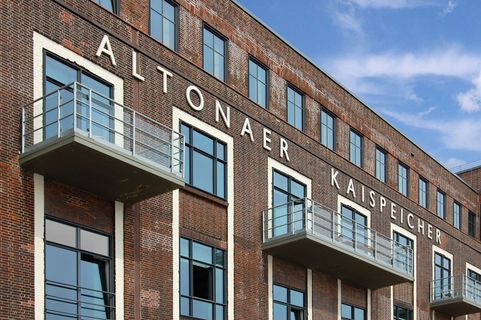 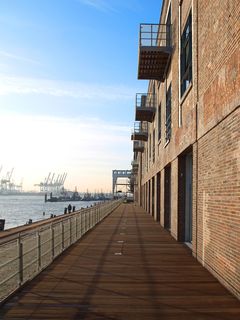 Honored with a tribute - BDA Hamburg Architecture Prize 2010
"On the Elbe" | Rehabilitation + rebuilding of a storage "Altonaer Kaispeicher D", is located amid highly desirable surroundings that offer strong connections both to Hamburg proper and to the Elbe river - southward to the Altona district, exactly on the Altona-Ottensen line, between the Elbe and the Geesthang - directly on the water. These past few years, this area has experienced a marked improvement in its circumstances and has already been largely converted to new uses with a great deal of success. The measures implemented here are in accordance with the general objectives set out by the FHH fund for Hamburg to revitalize the harbour district. Among others, this plan provides guidance for the creation of the "Pearl necklace" which now encompasses 50 projects. Buildings and lots that were previously a part of the harbour economy are being repurposed for various civic uses and for residential densification. The city intends the north bank of the Elbe to become a beacon drawing residents into a closer relationship with their waterways, as well as offering incoming boats a panorama that adequately reflects Hamburg's historical importance and great maritime tradition, and underscores the transformation the city has undergone in the 21st century. In parallel to the redevelopment of its immediate surroundings, this old storage facility is being rehabilitated and partially restructured, contributing to the overall enhancement of this former harbour district. The storage house will retain its historic dimensions, thereby distinguishing itself from the many other warehouses along the Elbe, many of which have been expanded over the years. Particular care has been taken to respect the historic significance of the building with respect to the architectural heritage of Altona as well as its prominent position as a pioneering work of 20th century modernism.
Photos: © Klaus Frahm, npstv, Torsten Orendt