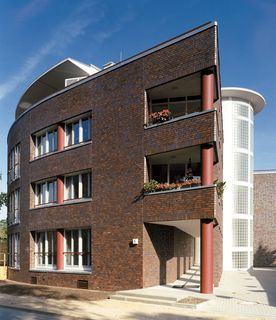 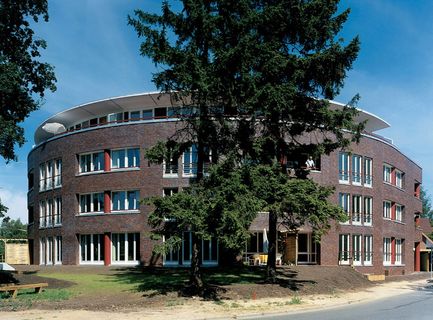 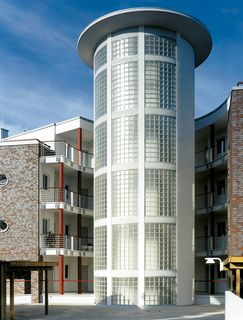 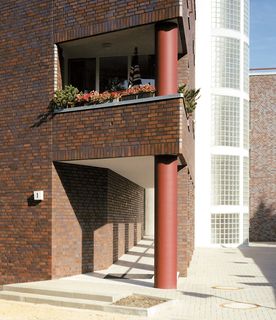 "Nautilus in the Center" | Building New Apartments
The central idea from the urban developmental point of view is a striking "round corner" to round off the block and this idea is carried out through the structure of the accesses to the building. The usually distained balcony gangway finds here a new definition. It is radially located around the glazed staircase and shortened to a minimum Niches in front of the entrances to the individual apartments create a private entrance area. Due to the radial structure, the apartments apparently open up towards the exterior. Because of the separate access to each of the individual residential units the ground floor can be used for living instead of trade, as originally planned, without denying the conceptive idea of the building. The peat-furnace brick facade is colorfully structured and is outlined by the flying roof revolving around the set-back storey. The various openings such as windows, etc, are integrated into the perforated façade. They are accentuated by colorful stilts depending on their span length and depth.