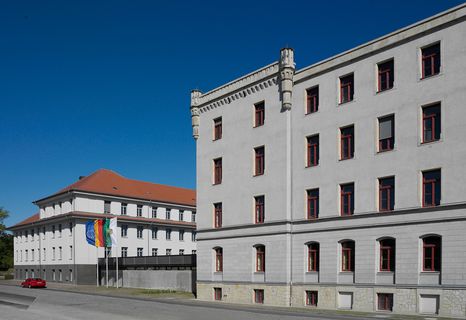 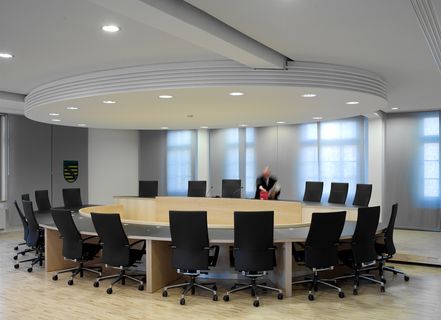 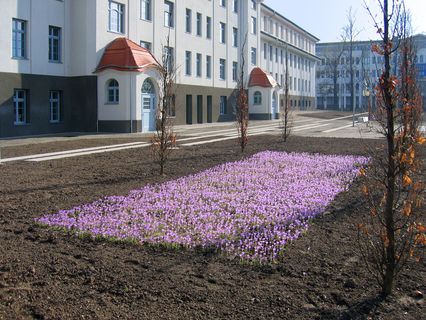 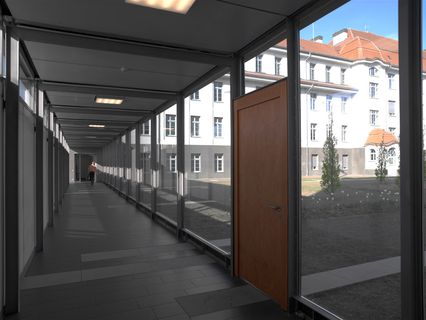 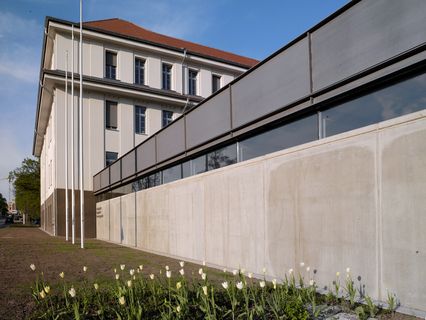 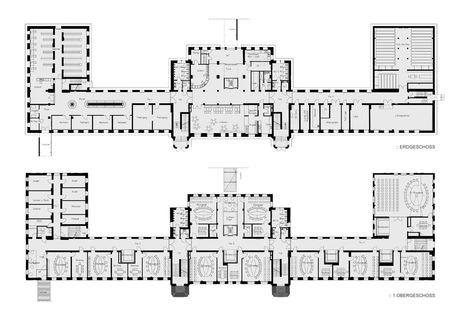 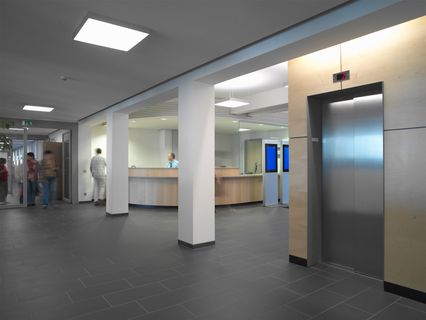 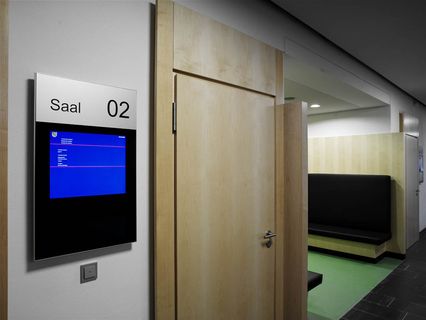 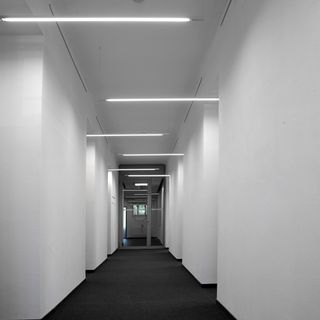 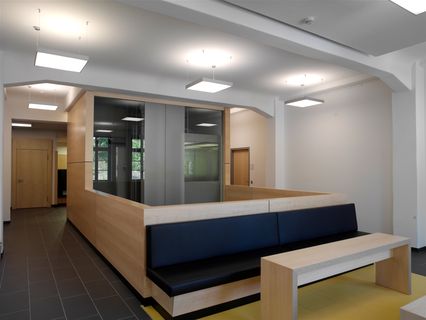 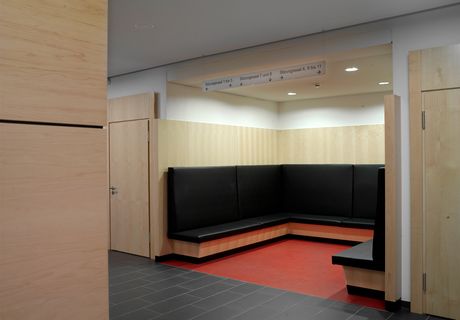 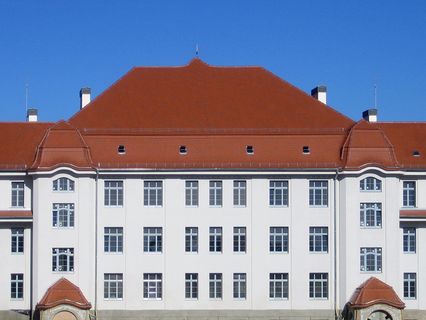 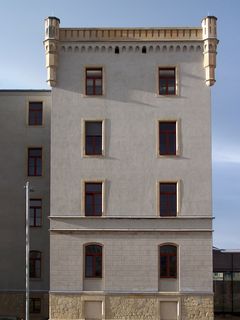 "Alive again"
An 1873 decision by the standing congress of Saxony led to the construction of Albertstadt in north Dresden, which at the time became Europe's largest garrison complex. The lot under consideration here is located between Stauffenbergallee and Tannenstrasse and comprises two separate structures. After the German reunification came the dissolution of the National People's Army and then several years of disuse and vandalism; eventually the time was ripe to find a new use for the compound without compromising its status as a listed national historic landmark a stone's throw from the old garrison chapel. The three branches of the professional court, the jurisdictions of Work, Social Affairs, and Administration, will now be housed together in the new professional courthouse. Comprehensive restructuring and rehabilitation work was necessary at the outset: Mould and pests had to be abated, many wooden structural elements had to be replaced, and a large portion of the walls had to be renovated. The load-bearing capacity of the ceilings had to be increased in some parts, extra supports were added to load-bearing walls with new load-bearing structures anchored in the foundation, and in some areas the floors had to be lowered because the height of openings in the external walls was insufficient. In order to fully cover the space requirements of the institutions, the eastern wing, which had been broken off at an earlier point in time, was rebuilt in compliance with historic-landmark regulations.