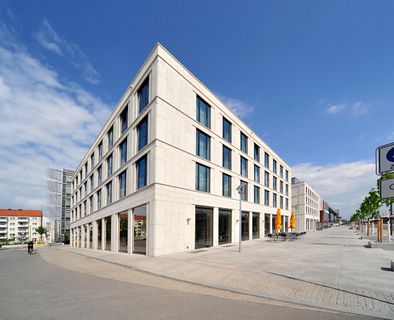 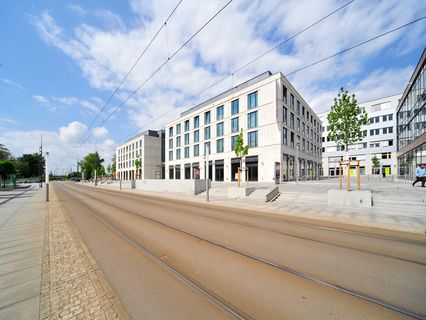 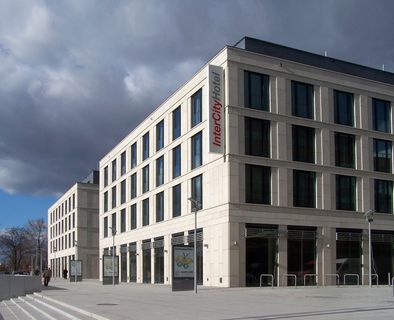 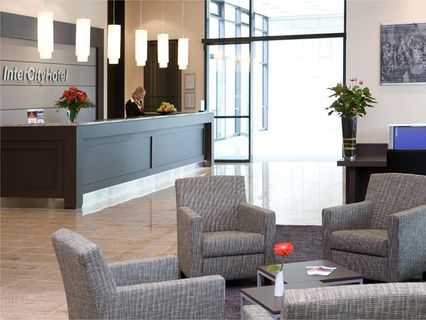 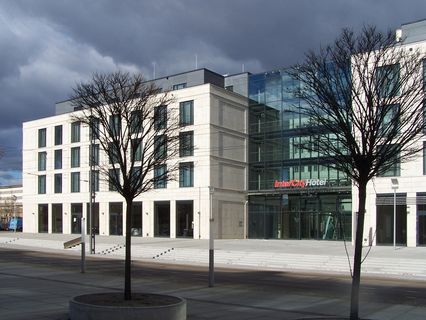 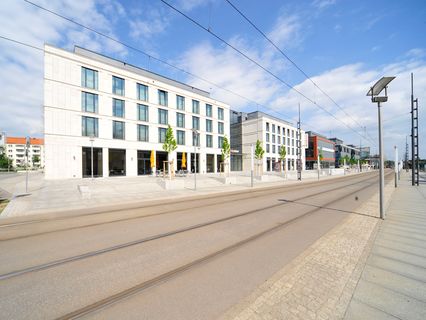 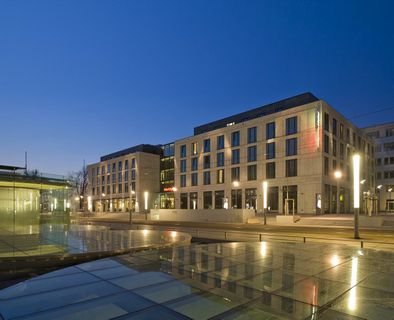 "Cube-Shaped Houses at the Wiener Platz"
The Wiener Platz in Dresden will be another hole worse off. As of yesterday, confirmed by the real estate office, the sales contract for the construction of three cube-shaped houses with the investor Erste DGAG Grundstücksgesellschaft mbH & Co. KG (Hamburg), was signed. These three buildings, designed by nps tchoban voss, are to be erected next to the bowl-shaped house. All of the five cube-shaped houses together form a "salient angle" (according to the city planning), opposite the façade of the train station with its white and wavy Teflon hall roof, which was constructed as planned by the architect Sir Norman Forster. The building next to the bowl-shaped house is to be used as an office and business building. The other two cube-shaped houses are to accommodate a 3-star Intercity Hotel with 160 rooms. The grand opening is planned for the beginning of 2008. In order to be able to combine the parts of the structure to a unit, the buildings will be connected by a joining construction. Therefore, the public traffic area between both construction fields will be roofed over with a joining construction and a lowered atrium on the basement level including a bridge on the ground floor. In order to keep the original idea of two individual cube-shaped constructions, the main buildings will mainly have a punctuated façade of natural stones. Subordinate areas will be plastered. The connecting construction is designed so that it is separated from the main buildings by its glass façade and being located behind the building line.
Photos: © nps tchoban voss