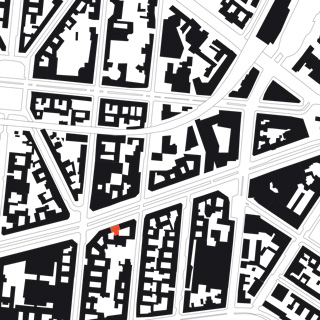 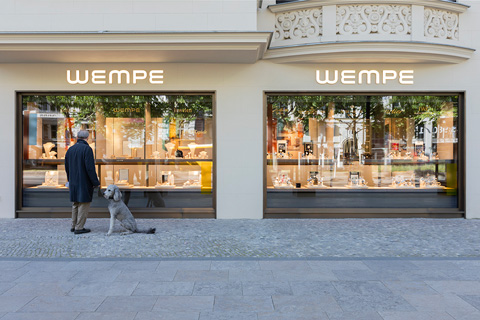 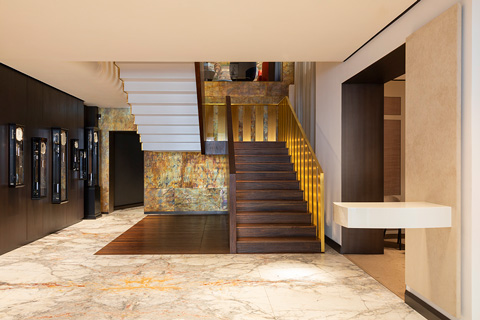 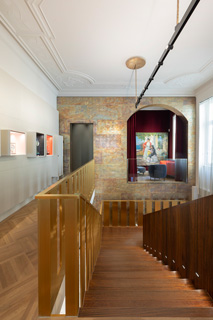 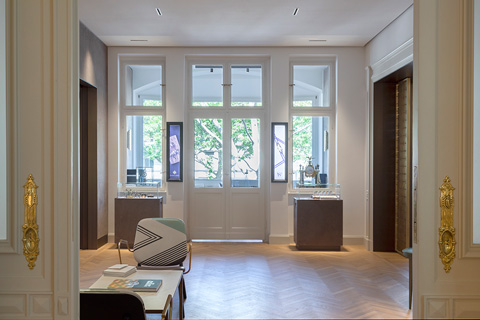 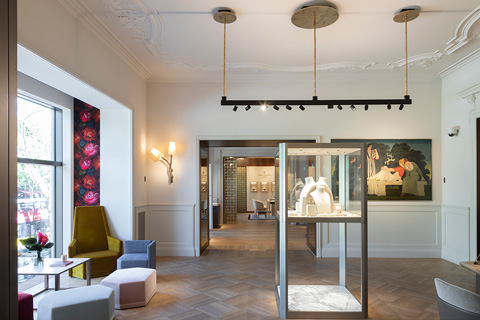 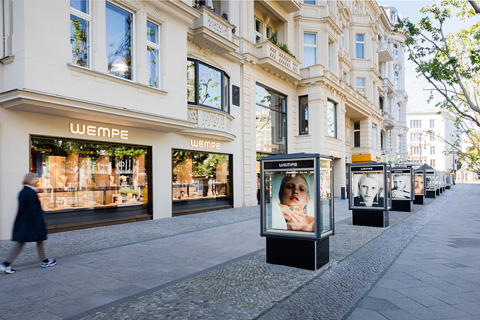 Since the end of the 19th century, Kurfuerstendamm has established itself as the boulevard and cultural centre of Berlin with its magnificent wilhelminian buildings and noble retail trade. Built after 1897, the two listed existing buildings at Kurfuerstendamm 214 and 215 were subject to many changes. With the redesign of the façade and the new commercial space concept, the WEMPE flagship store will henceforth unite its premises in the face of a dignified commercial unit that is in line with the historical context and yet modern.

The ground floor and a proportion of the first floor of the front building are intended for the retail space, with ancillary rooms on both levels in the side wings. The retail space is divided into different areas in terms of design and also includes the showcases on the ground floor for the presentation of goods in the direction of Kurfuerstendamm. This is continued in the showcases along the walkway, which are typical for the shopping street and which were newly manufactured in the course of the measures.

Two shop windows in the façade level at Kurfuerstendamm 215, which are related to the historic building axes, replace the previously existing natural stone facing as well as the ground floor façade of the former jewellery store that was moved into the building. At Kurfuerstendamm 214, the façade bay was extended to form a two-storey entrance portal, so that an entrance doorway set far back into the building dominates the ground floor. The first floor comprises a large-format shop window recessed to the depth of the façade pillar. The adjacent façade bay of the risalit, which is open at ground level, serves as access to the small entrance passage of the jewellery store that has been drawn into the building. The windows that were originally in the side walls of the building's projection have been reopened and now function as display cases. The merging of the two commercial areas is also visible from the outside through the façade design, which, with its ashlar plaster, picks up the materiality and effect of the original plaster façade.

Barrier-free access to the connected customer areas of both buildings is ensured via the main entrance in the building at Kurfuerstendamm 214. The areas on the first floor can be reached by a newly installed glass customer lift in the same building. Two internal staircases between ground floor and first floor were removed and the ceiling openings largely closed. In the "Berlin Room", the transition from the front building to the side wing, a new, approximately square ceiling opening was created and a newly designed internal staircase was installed.