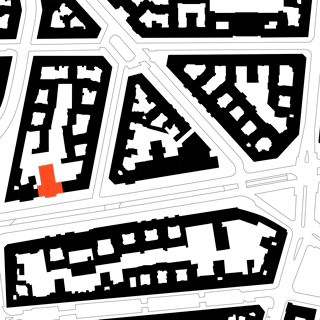 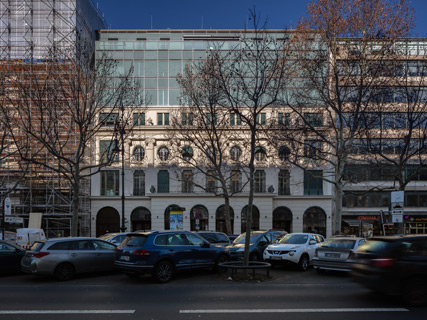 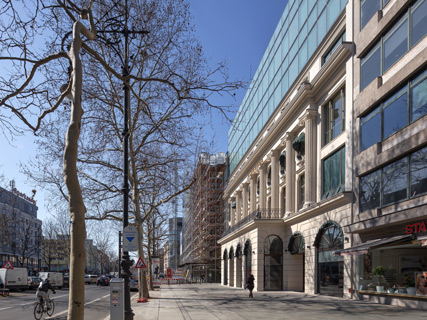 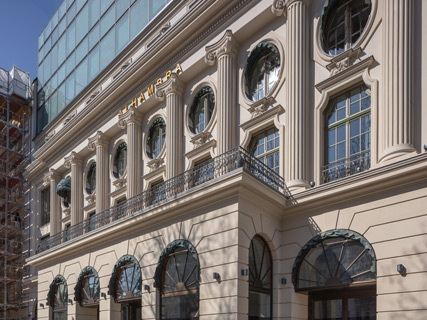 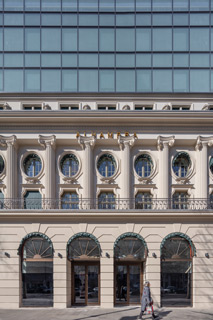 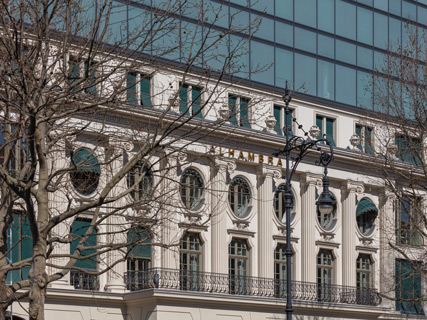 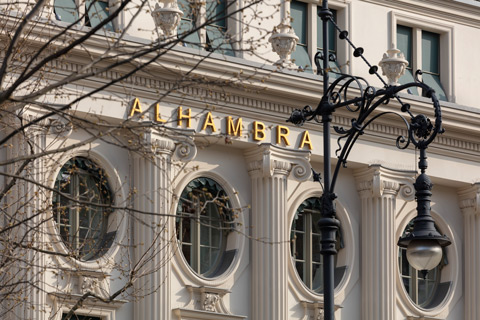 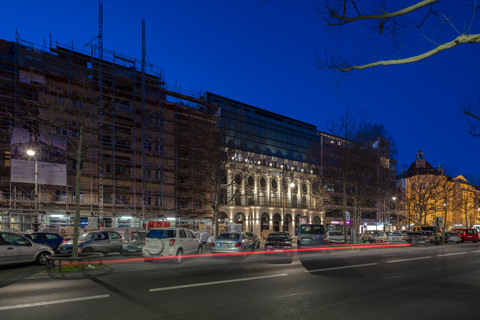 The Alhambra cinema palace in Berlin-Charlottenburg was built in 1921 according to the plans of the architect Max Bischoff and became known in 1922 as the premiere location of the sound movie. Centrally located on Kurfuerstendamm, the building was already used as a hotel at the end of the 1920s. Now the former "Hotel am Kurfuerstendamm" has been converted and extended into a modern office and commercial building with residential use in the attic.

Unlike the two neighbouring buildings, the building is not listed. In the course of the conversion measures, the historic stucco façade on the street side up to the third floor was restored as a pilaster/semi-column façade in the design of the former Alhambra cinema. The finely profiled wooden mullioned windows continue the historical appearance without a break. The building thus blends seamlessly into the magnificent Wilhelminian and Art Nouveau architecture of Berlin's shopping mile. In contrast, the fourth to sixth floors have a modern double skin façade with a mullion and transom construction on the outside and a generous perforated façade on the inside. The courtyard façade was also redesigned, taking up the structure of the building with a four-storey base and offset rising storeys. Balconies with horizontal balustrades are available for the tenants.