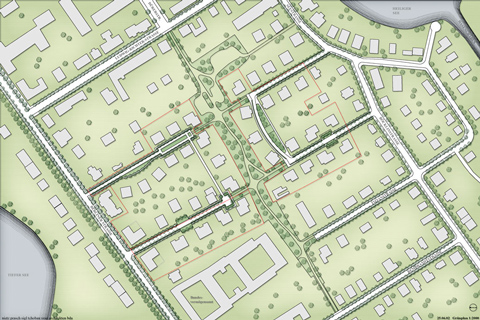 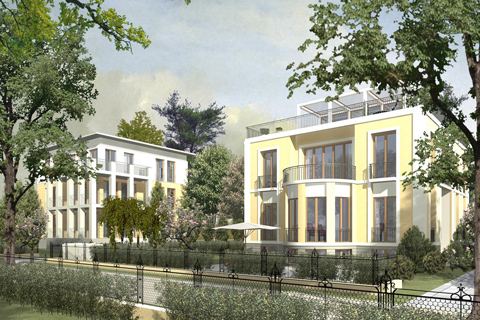 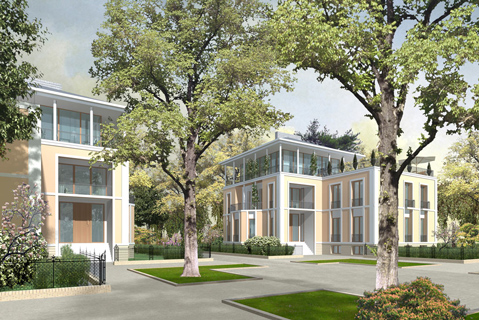 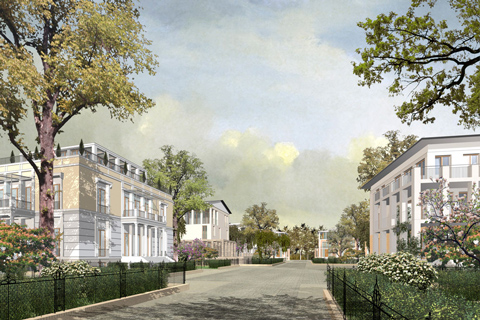 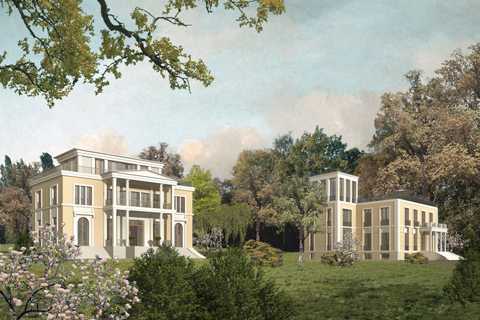 Nestled in the cultural landscape between Heiliger See and Tiefer See, Berliner Vorstadt is one of Potsdam's most exclusive residential areas, particularly the classicistic villas on the shores of Heiliger See. However, a large area north of Berliner Strasse has been given over to largely makeshift use. This area is to be developed by means of an urban master plan that makes allowance for the low building density and whose internal structure represents a village green-like sequence of distinct housing spaces. The coordinated landscaping plan and the housing development area plan ideally complement each other. The development scheme, with its trachea-like, gradually tapered street profile, allows for vehicle access all the way to one's house door with minimal traffic on residential streets. The secondary network of footpaths beyond the streets provides short-distance connections within the neighbourhood. The adaptation of classic house types drawn from Potsdam's traditional villa architecture – each of which embodies distinct design concepts – has been undertaken within an urban planning context, whereby building height emphasises specific situations.