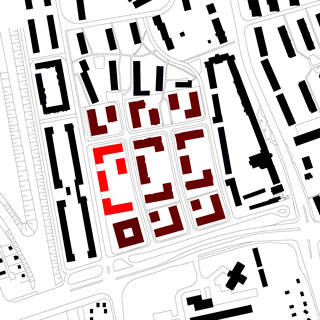 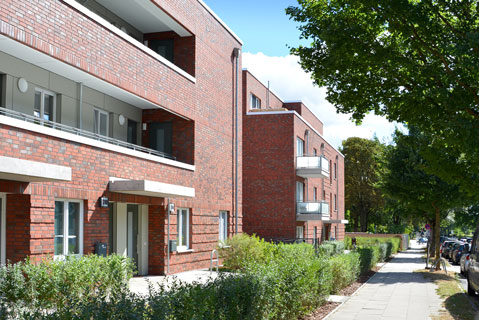 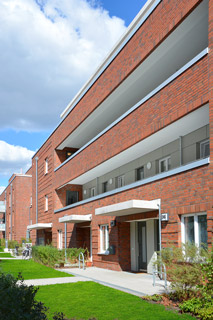 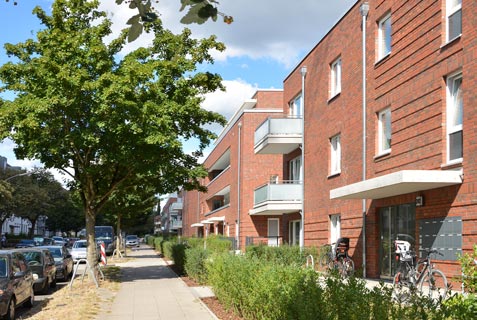 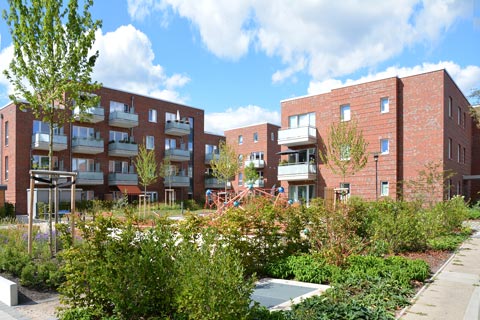 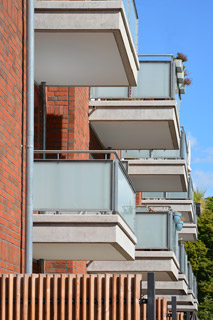 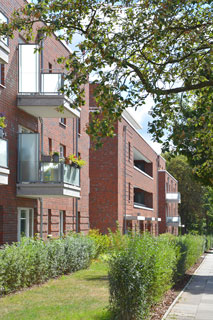 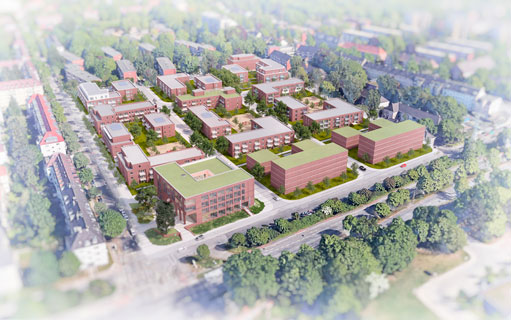 The now 6th construction phase of the ensemble "Living on Bueckweg" in Hamburg-Ohlsdorf has been completed. TCHOBAN VOSS Architekten has realised all construction phases of the project to date. On a site area of around 8,800 sqm, a residential complex was created consisting of four three-storey buildings - some of them plus a staggered storey - with a total of 81 residential units, five of which are maisonettes, as well as two underground garages.

The buildings bear the reddish clinker facades typical for Hamburg as facing brickwork in a simple bond and with banding.

Since 2005, the project has been gradually realised on the basis of an overall framework plan (for the building ensembles planned for the future and an integrated open space plan) by TCHOBAN VOSS Architekten and baldauf + große Landschaftsarchitekten – in agreement with the members of the cooperative, the residents of the neighbourhood and the district of Hamburg-Nord to this day.

The location close to the centre with very good local transport connections, an intact neighbourhood development and a partly considerable stock of large trees in the open greening of the residential neighbourhood up to the neighbouring residential estate Ruebenkamp II to the north provided the potential for a gradual new development in up to 11 construction phases.

Since then, a total of around 360-380 cooperative flats of various designs have been built in sections, partly with public subsidies, partly privately financed. The 1.5 to 5 room flats are all designed to be barrier-free. Lifts connect the underground garages placed between the buildings, which in turn relieve the surrounding streets of parking pressure and thus support the quality of the open space.