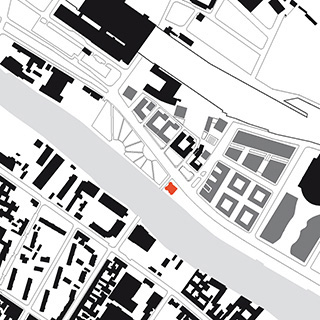 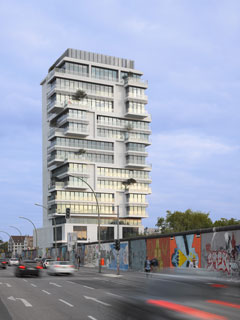 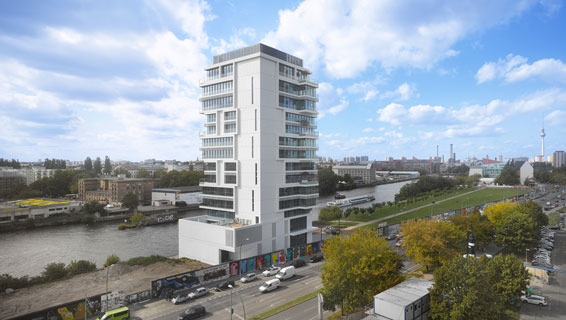 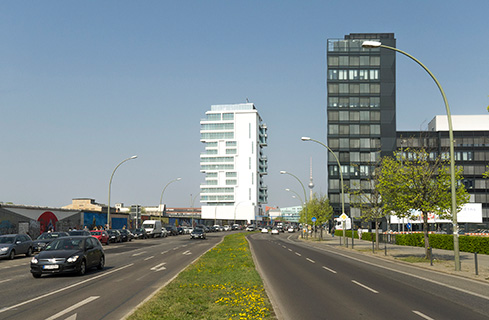 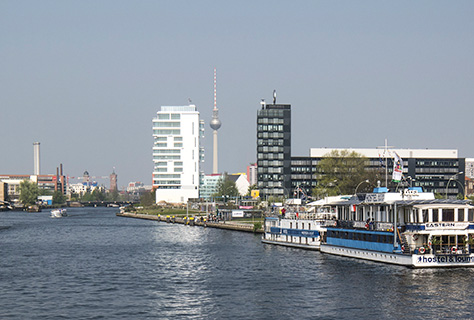 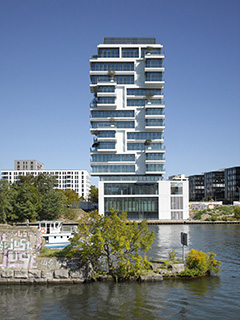 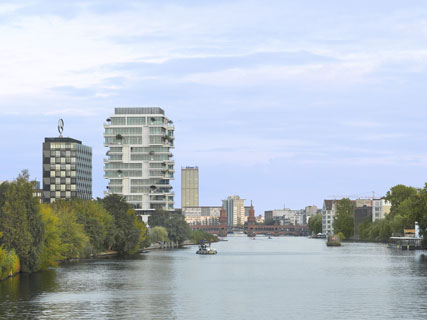 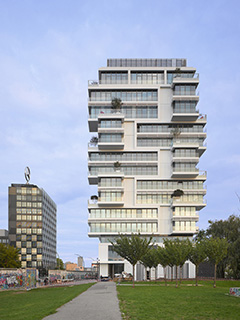 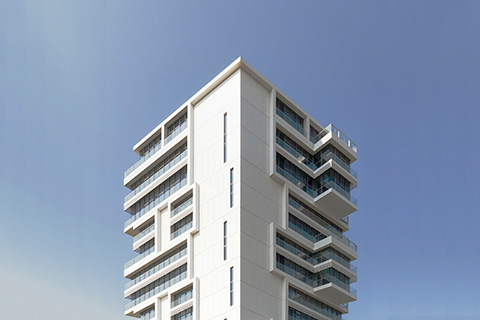 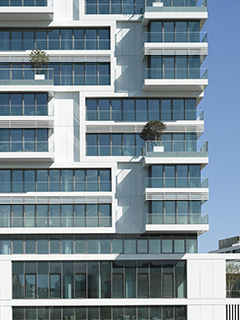 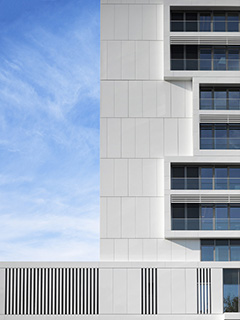 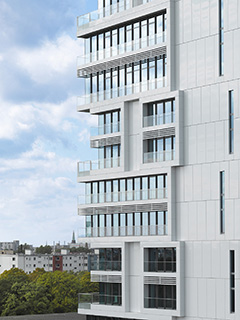 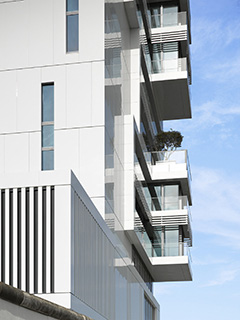 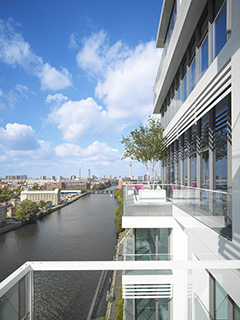 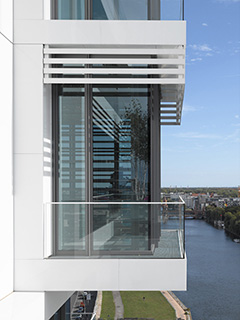 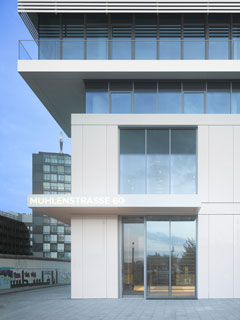 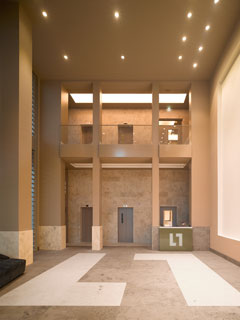 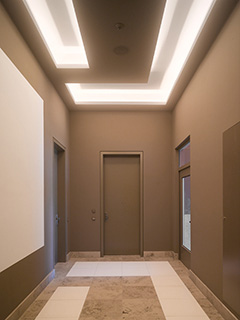 For centuries, Berliners largely ignored the river that runs across the entire breadth of their city. In fact, only after Germany's reunification city planners became seriously interested in the River Spree. One area that has been dramatically affected by this paradigm shift is the former river-front stretch of the Berlin wall along Stralauer Straße. The area represents the largest urban expansion zone along the river. Aside from the high value of the property determined by the shoreline location, the appeal of the site is tied with the startling vistas of the skyline of the eastern central districts, unobstructed by means of the wide expanses at this section of the stream course. The location is enhanced in particular by the adjacent East Side Gallery and the nearby O2 World arena with its river jetty. The cantilevered corners provide each flat with its own protected outer area at a spectacular sense of altitude, ensuring that each of them opens onto a maximum of long distance vistas allowing for unique panoramic prospects of the city and the nearby Osthafen. The flats offering space between 116 and 434 m² on a floor-by-floor basis can be customized individually. The freestanding residential structure cogs with the environing air space by means of the texture of its outer skin and enters at the same time into a dialogue with its surroundings on the pedestrian level. A hierarchized system of public and semi-public spaces including a café on the Spree promenade and an interior spa area with a cantilevered swimming pool, represents a finely graduated transition from interior to exterior, from the urban public space to an exclusive private sphere.