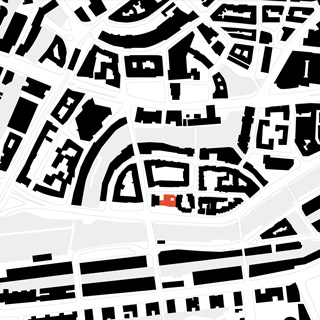 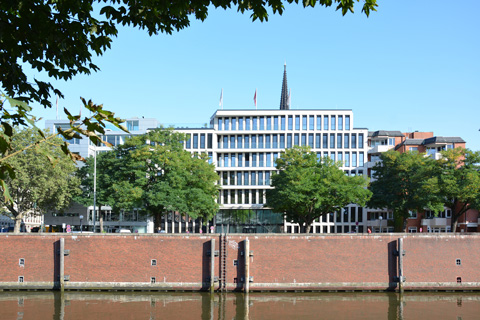 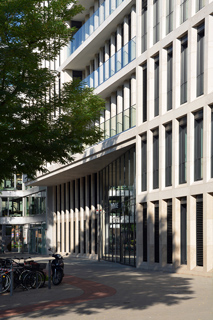 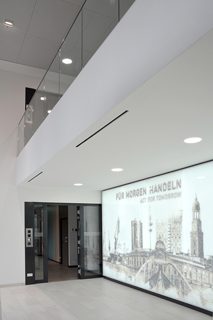 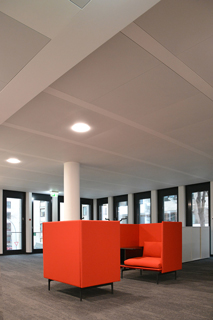 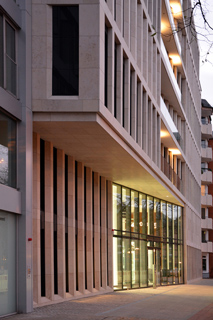 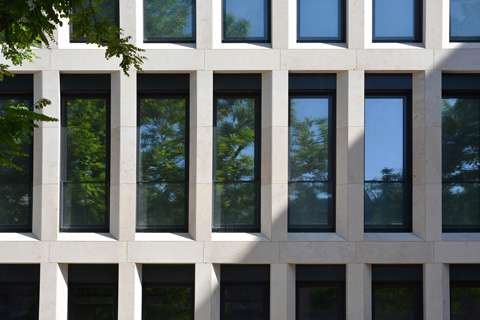 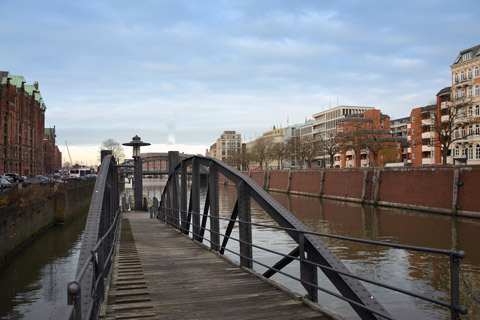 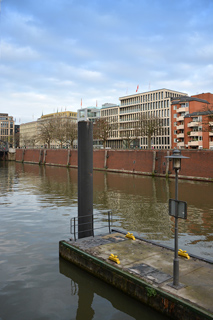 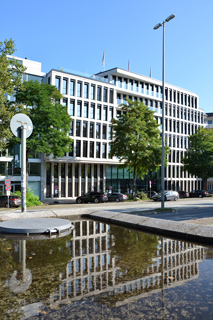 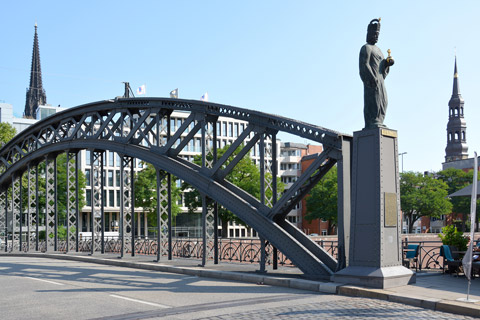 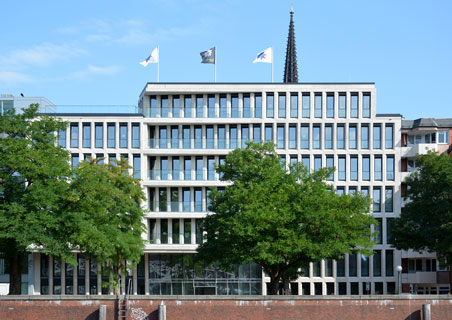 In the centre of Hamburg's old town, a new office building with a view of the Elbphilharmonie was built on the site Bei den Muehren 5, located directly on the Zollkanal.

Six standard storeys and a staggered storey are distributed over a total of over 7,000 square metres of floor space. The organisation of the standard floors, which are designed for pure office use, allows flexible single and multi-tenant solutions in a horizontal orientation. Due to the connection to the neighbouring residential development on the east side, the number of storeys on the rear side changes from five to three. The different roof areas were developed as generous terraces. On the ground floor level, two small, extensively planted inner courtyards with various seating areas can be used for lingering.

The façade, which has a clear grid pattern with vertically aligned windows, has reveals and bands of light grey natural stone (Dietfurt limestone) along the streets, the colour of which contrasts with the anodised tone of the metal windows and all other metal components. The façade facing the street Bei den Muehren is subtly divided into three building sections with the central incision. The two-storey recess on the ground floor takes up the alignment of the neighbouring building Bei den Muehren 1. The orientation of the 45° slanted window reveals, which changes from floor to floor, creates a lively façade image in different lighting conditions and viewing angles. The sculptural incisions of the balconies in the façade refer to the small-scale neighbouring buildings of the Hansa Baugenossenschaft to the east.

The façade facing the Katharinenfleet juts out towards the street. The areas along the street are made of natural stone. The recessed areas were given a thermal insulation composite system in the same geometric design.

The main access to the building is from the street Bei den Muehren via the representative, glazed entrance hall. A consistent design and material concept was developed for the generally accessible areas. The elements of this concept are found throughout the building and create a uniform and harmonious appearance.

The underground car park with 19 car and 24 bicycle parking spaces is located in the basement. Access is from the rear via the street Katharinenfleet.