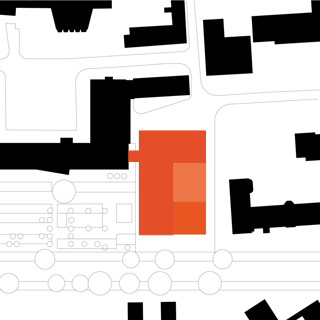 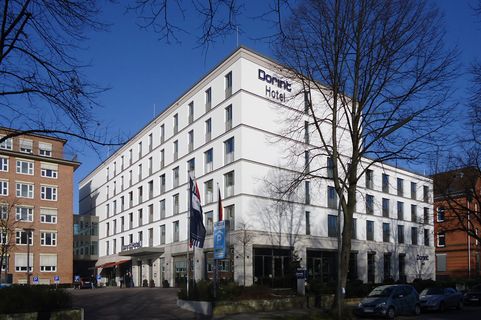 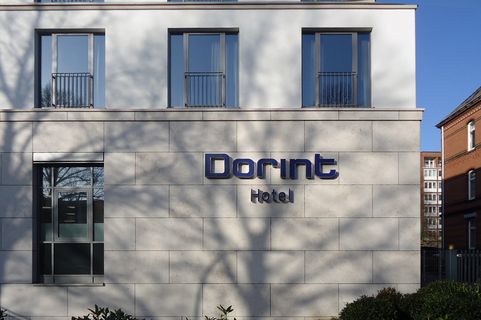 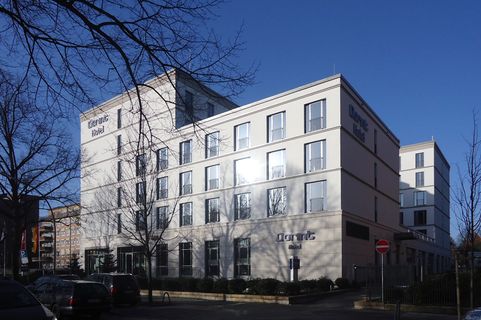 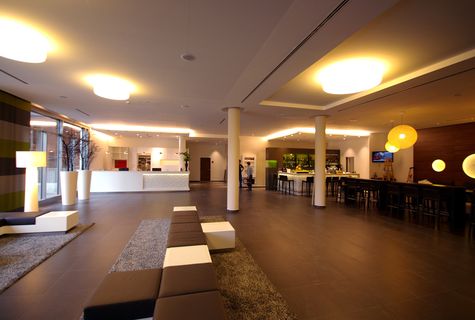 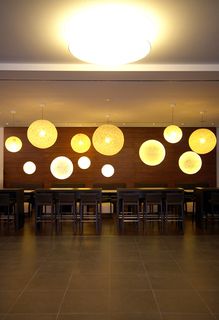 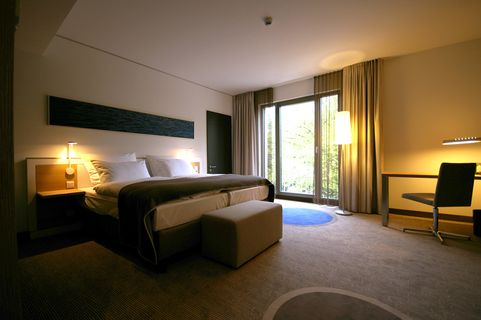 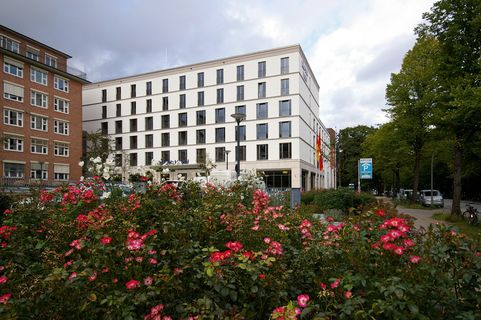 "Contemporary Wilhelminian Style" | New building of a hotel with 195 rooms
The new UKE hotel Eppendorf is on the UKE grounds at the interface between the UKE clinic compound and Eppendorf, which is characterised by residential buildings from Wilhelminian times. The hotel is directly connected to the neighbouring clinic by a two storey glazed bridge. The structure with its six full storeys is as high as the clinic and mediates with its four storey area along Martini Street to its eastern, lower lying neighbour, withdrawing behind this building's line. The high constructs enclose a single storey conference area. The facade embodies in contemporary form the idea of luxurious living in the traditional Wilhelminian location of Eppendorf. The entrance storey offers the central entrance with a restaurant off to the side in a clearly subordinate position. Large windows suggest its public and semi-public usages. Its offset natural stone cladding on the ground floor and its upwards rejuvenating windows are used as Wilhelminian motifs that define its character. Likewise the facade construction of vertical window formats that is reduced to stucco (here: WDVS) above is typical of Eppendorf residential building from the turn of the century around 1900.