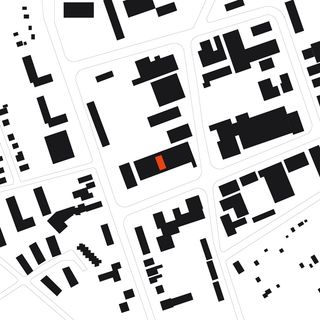 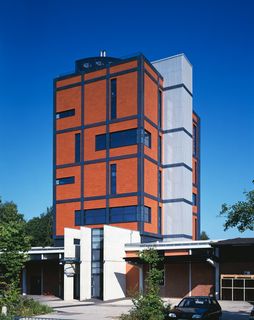 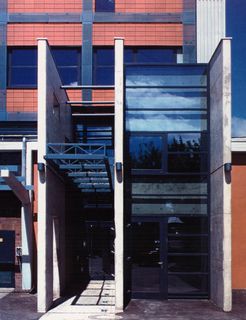 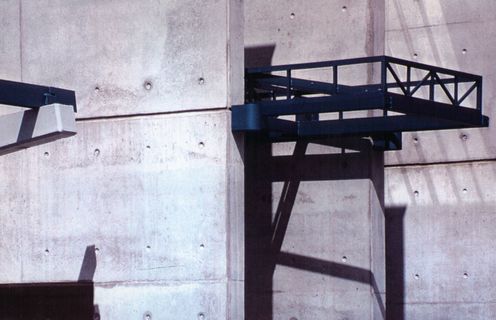 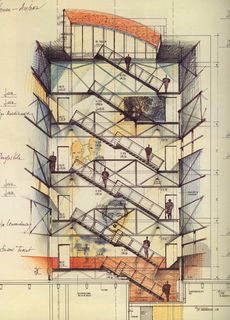 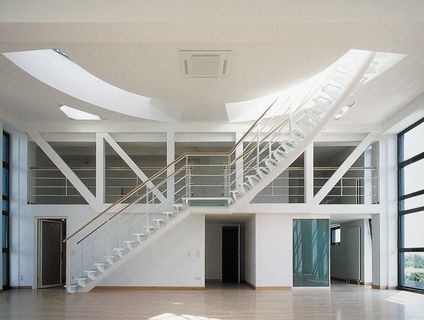 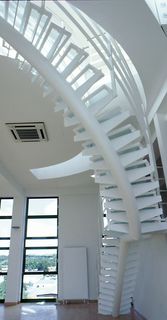 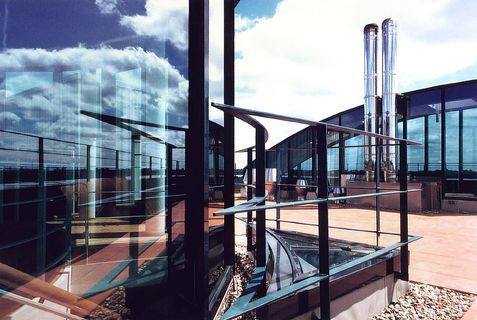 The building, nearly 25 meters tall and standing on top of a functioning factory hall forms a clear urban emphasis on the corner of Langenhorner Chaussee and Oehleckerring. The main idea during the creation was to surround the different functions as for example offices, corridors etc. that are combined in this building with one façade made up out of ceramic panels (Argeton). Only the dynamic compositions of the various window formats insinuate the different uses of the rooms inside each with its own with their internal anticipation and tensions, without disturbing the cube-like clarity of the building. The vertical route inside the tower with its stairs that evoke the appearance of a fire escape, the interesting proportions of the studios and the views of the outside world, which reveal a close up of the planes landing at Hamburg airport, have become the main theme of this building.