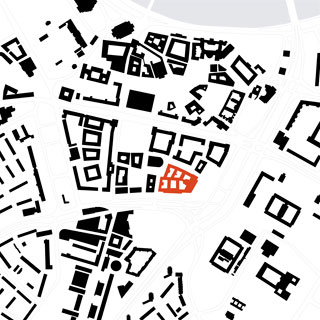 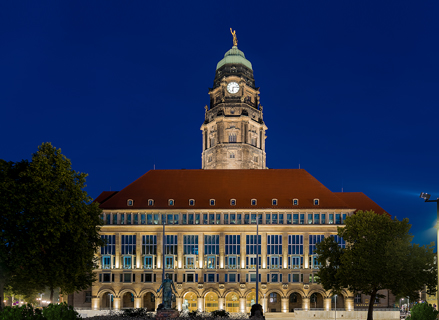 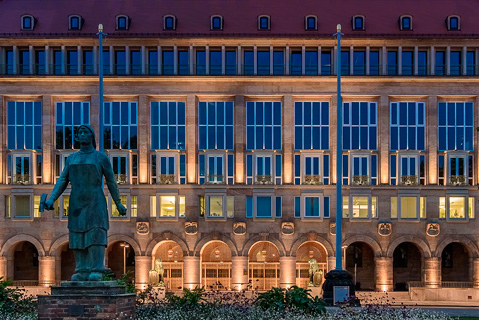 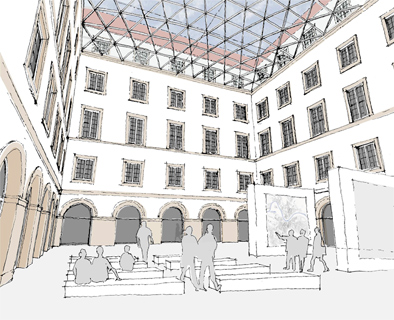 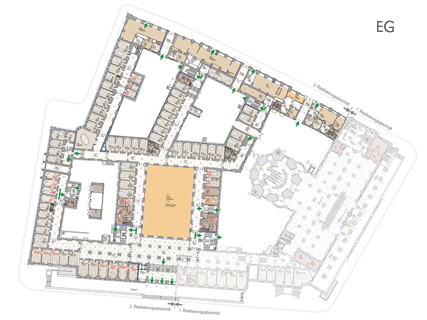 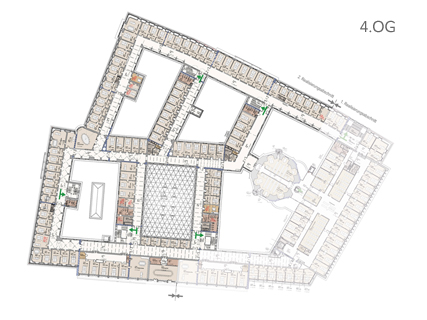 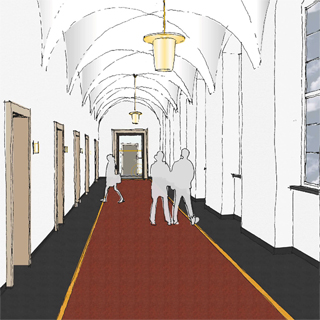 Continuation of restructuring the "New Town Hall" | 1st rank in the VOF procedure 2016 The New Town Hall in Dresden was built by the architect Karl Roth and inaugurated on the 1st of October 1910. The building was heavily damaged during the bombing in February 1945. Two years after the Second World War a large-scale but at the same time a simplified reconstruction started, directed by the architect Emil Leibold. According to the 1st rank in the VOF procedure the renovation of the building includes a new design of the interior public spaces. A pleasant stay for the visitors, a good orientation within the building as well as an adequate working atmosphere for the employees will be achieved by using particular materials, lighting scenario and colours. These design elements, being recurrent, should accentuate different spaces. A good aging of the materials is important as well. The design concept is mainly based on the preservation of the reconstruction work during the 1950s, emphasizing its readability and heterogeneity. At the same time we tend to unify a little more the contingencies of the colours and materials as well as of the equipment elements of the interior. The refurbishment is carried out in several phases without operation interference.