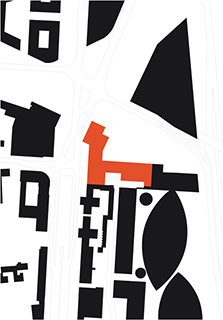 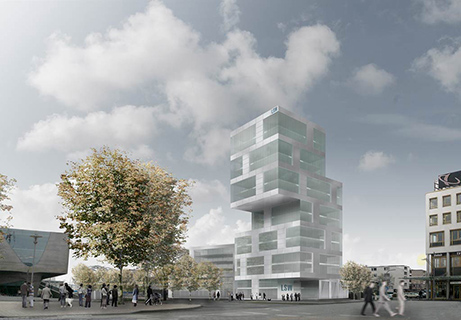 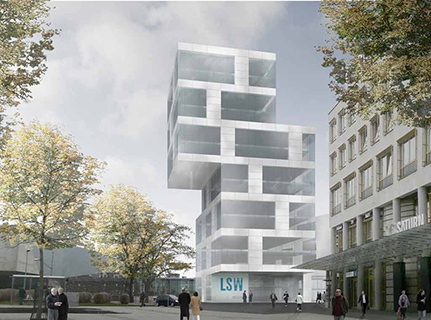 New office tower, extension and façade refurbishment of the existing building. First prize in a competition

The draft consists of two new constructions, being an extension of the Wolfsburg Public Services‘ Headquaters, the reconstruction of the existing building close to the edutainment centre Phaeno. The new ensemble with a 50-meters-high tower builds an important point between downtown and the central station. The high-rise building accentuates the urban developement lines and borders and is an independant form near the Phaeno of Zaha Hadid. The structure orients itself on the Willi-Brandt-Platz and abuts in the „Koller-Axis“ by means of the last floors. A two-storey wing connects the high-rise building with the existing building. The second extension construction contains the new canteen, the conference area and further offices.
The clear style of the keen abutment and balance assimilates the most important lines and elignments of the city and opens out to the large-sized structure of openings showing a surprising scale steps. The façade design has been deliberately conformed to the design of automotive construction and should remind of the automotive industry in Wolfsburg.